The Jefferson CEO dishes on the future of healthcare in Philly and what some observers have called the "Decline of Davos." 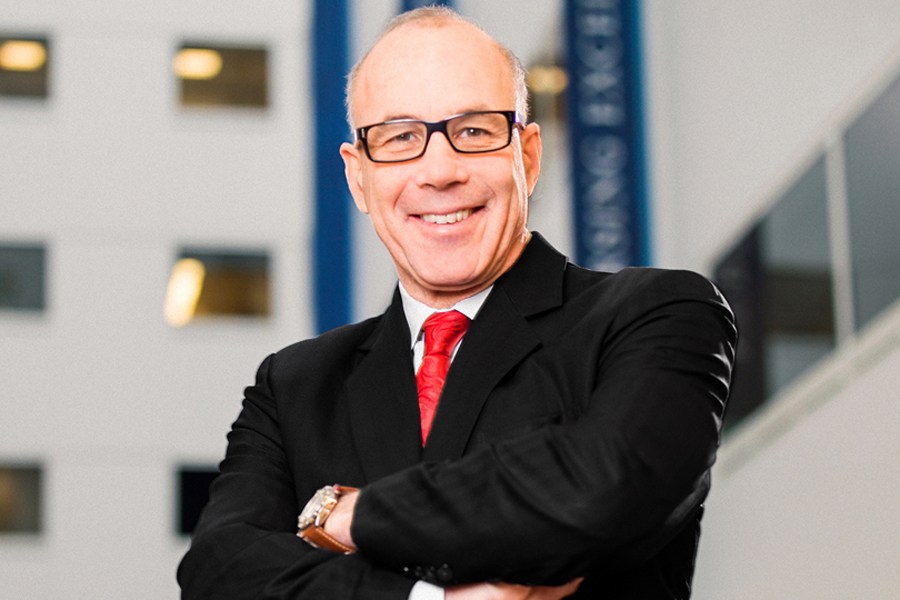 Jefferson CEO and President Stephen K. Klasko is a busy man. In the past year and a half, he’s overseen a merger between science-y Thomas Jefferson University and liberal arts-y Philadelphia University, the acquisition of Einstein Healthcare Network, and just last month, a proposed sale of Temple’s Fox Chase Cancer Center to Jefferson.

Amidst it all, Klasko found time in January to attend the World Economic Forum held in Davos, Switzerland. Here’s what he had to say about his first year attending the international power-broker conference, and the future of healthcare in Philadelphia.

Did Davos live up to the hype?
Yeah. There’s absolutely no hierarchy. I had the opportunity to meet with Al Gore, the former head of Google China — folks around the globe. Nobody feels the need to lecture to you or impress you, because they figure if you’re there, you’re there for a purpose, which is: How can you make the world a better place?

You participated in a panel on the future of the hospital, during which you said, “The future is making money from people being healthy, instead of sick people coming in.” In your tenure as president, you’ve acquired something like 15 hospitals. So you’re in the hospital business. How do you make money if nobody’s coming into the hospital?

Our largest entrepreneurial venture is with a company that’s carbonizing hemp to create wearables. So Jefferson will be part of a company where your pajamas will be watching your heart rate or your respiratory rate. And [let’s say] you have asthma. When you wake up in the morning with your HomePod or your Google Home or Alexa, it won’t just be, “Hey, play the daily podcast.” Your Alexa will say, “Based on your wearable, your breathing was a little labored, and there’s a lot of pollen out there. So if I were you, if you don’t have to go to work today, you know, I’d stay at home and watch movies. If you do have to go to work, take an extra inhaler.” That future is not very far away.

So I believe that we can do both. I believe that we can be the academic medical center that is doing those really cool things, and the academic medical center that, when you need to be in a hospital, has great care and caring like we’ve always had. I don’t think it’s throwing the baby out with the bathwater. Now, will we need less beds? I think one could argue that overall there could be less hospitals.

Is there some sort of unintended consequence with these technologies where you lead people to become hypochondriacs? You can almost know too much about your body — and then you’ll inevitably discover there’s something wrong with it.

I think the problem that exists now is that that’s already happening, but it’s happening with bad information. So, people are Googling “cough” and because, frankly, it’s predominately been hospital-based and everybody’s getting paid for doing procedures, they Google “cough” and now all of a sudden they end up in the emergency room and have 25 tests. … So your point is very well taken that too much information matters. There’s a lot of controversy of, Is that just going to be for rich people? The simple fact is that people at Project HOME, where we take care of people, have mobile phones. And they’re among the biggest users of Jeff Connect [a virtual healthcare service]. They don’t have cars, so they can’t get to the doctor. But they know how to use their phones.

This year’s Davos conference was in some ways marked as much by who wasn’t there as by who was. Trump cancelled, Theresa May didn’t come, nor did Emmanuel Macron. Some people have written that maybe this signifies the “Decline of Davos.” What hopes you have for the conference in the future amid that purported decline?

I would say whoever said that is nuts. I think it’s just the opposite. I think the people that were actually there — at least the people I talked to — felt that this was one of the most vibrant Davoses ever because it wasn’t overshadowed by that. Not to get into politics, but President Trump, Prime Minister May and Macron all have problems that would have overshadowed the good work that we’ve done. So the fact is that having a discussion about climate change’s effect on health, without having to have it all be about why the United States isn’t in the Paris Accords, I think was a positive. Having a discussion about income inequality, without necessarily having it be all about the Yellow Jackets in France, was a positive.

I’ll get back to Philadelphia. We don’t have to sit there and wait to see what happens in health care reform nationally. There’s so much of it that we can do together here in Philadelphia — between Independence Blue Cross, and the providers and the pharma business here. We could be the model. And that’s really, to me, what was so vibrant about it.

This conversation has been edited and condensed for clarity.