Attorney Michael Coard says that the two Marines were attacked due to mistaken identity but insists his client didn't use any ethnic slurs against them. 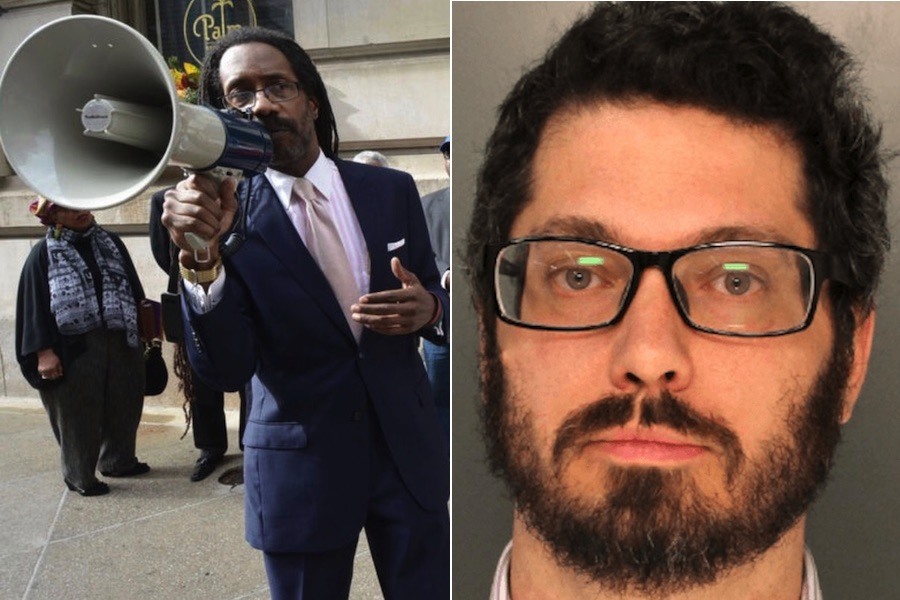 Left: Philadelphia activist and attorney Michael Coard in a file photo. Right: A Philadelphia Police Department mugshot of Joseph Alcoff, who is charged with assault and ethnic intimidation in the November attack on two Marines in Philadelphia.

Earlier this week, we told you that a third man, Joseph Alcoff, has been arrested and accused of attacking two Marines in Philadelphia back in November. Well, things just got a little more interesting, because prominent Philadelphia activist and attorney Michael Coard has signed on to represent Alcoff, who has been called the “leader” of antifa in Washington, D.C.

Coard’s decision to defend Alcoff might be surprising to some observers.

For one thing, investigators say that Alcoff used ethnic slurs against the two Marines — both of whom are of Hispanic descent — and Coard is as vocal a social justice warrior as they come.

Beyond that, Alcoff is white, and Coard told Philly Mag in a 2018 interview that he hadn’t had a white client since 1997.

But Coard says he doesn’t believe for a second that Alcoff did anything to ethnically intimidate the two Marines, who both testified on the stand that ethnic slurs were used by their attackers.

The incident in question occurred on November 17th in the Old City section of Philadelphia, just blocks from the ultra-conservative We the People rally, which reportedly brought out controversial groups like the Proud Boys.

Investigators say that a group of 10 to 12 activists — in town to protest the We the People rally — attacked the two Marines after one of the activists asked the Marines if they were Proud Boys.

The Marines, who were not in uniform during the incident, have testified that they had no idea that there was a rally of any kind in the city that day, that they had never heard the term Proud Boys, and that they were just visiting the city to attend a Marine event at a local hotel. (A spokesperson for the United States Marine Corps has confirmed that the Marines, who do not live in the Philadelphia area, and other members of their unit were visiting Philadelphia for that event.)

So was this just a case of mistaken identity? Did all of this go down because the activists stupidly mistook the two Marines for Proud Boys or some other faction of the far, far right?

Yes, insists Coard, who, we should point out, does not represent the other two men accused in the attack.

“Here you have a situation involving two groups,” explains Coard. “On one side, you have the Proud Boys, a racist group of nazi thugs. On the other side, you have anti-racist activists. Unfortunately, in the mix, there were two Marines who were caught up in the whole thing as innocent bystanders.”

But what of these supposed ethnic slurs?

“I’m not going to sit here and call them liars right now,” Coard says of the two Marines and their testimony in court. “But I guess the best way to describe their testimony is that they were, shall we say, mistaken and exaggerating. All of that is going to come out.”

Coard did not address the other charges against Alcoff, but the 37-year-old Washington, D.C., resident has pleaded not guilty to all charges.

Alcoff’s next court date is on February 11th. All three defendants remain out on bail.