One of Us: Michael Coard 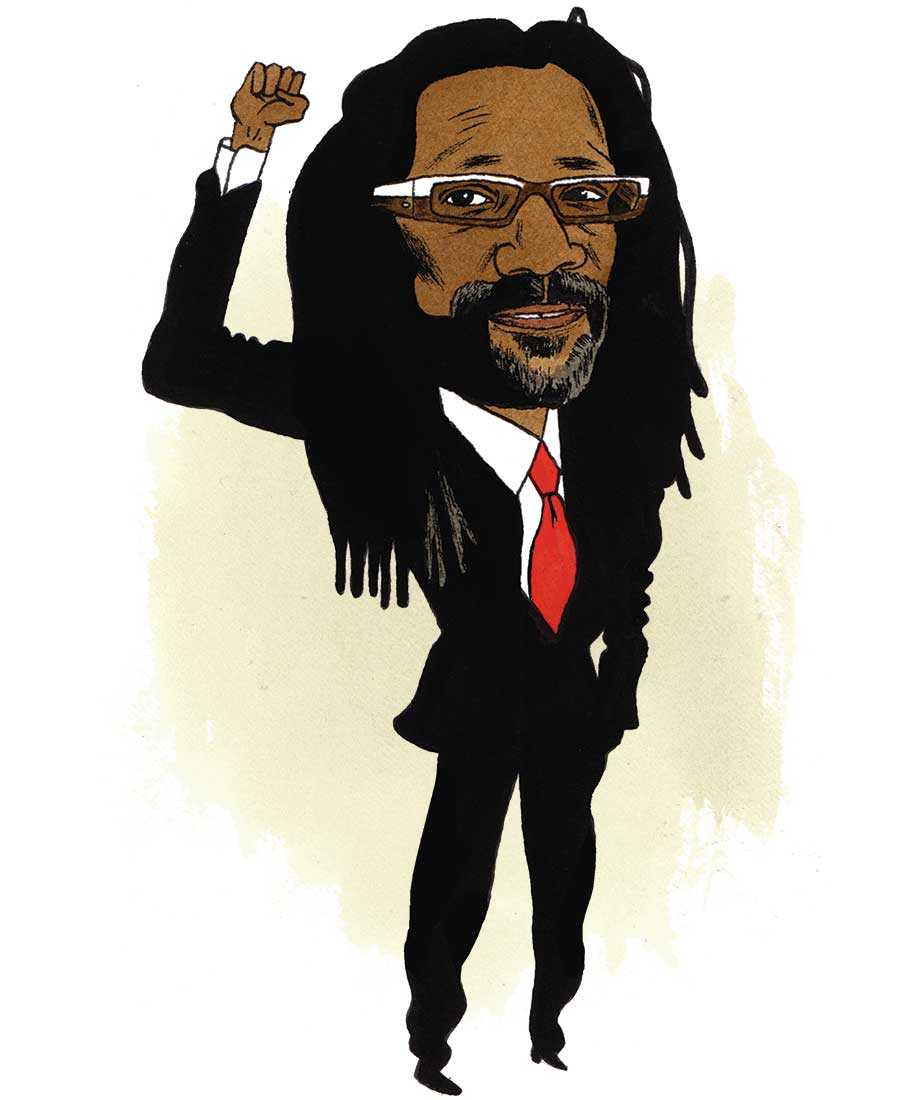 I went to high school … at Masterman. Then Cheyney for undergrad and Ohio State for law school, on full scholarship.

These days, I live in … the Wynnefield area. I spend most of my time … avenging my enslaved ancestors and defending their descendants.

My last vacation out of the country was … in the mid-’90s. I went to West Africa. And the first thing I saw when I stepped off the plane in Ghana was a billboard with a white-skinned, blue-eyed, blond-haired Jesus.

The best thing about my job is … that I can confront racist, thuggish cops without getting shot.

The worst thing is … that I have to accept the American legal system as fair and just.

My biggest phobia is … statues. I’m scared shitless of statues. I think it comes from watching Jason and the Argonauts when I was a kid, that part where the monster statues come out of the ocean.

Good cops in Philly … technically don’t exist. There are no “good cops” in a bad cop system until the “good cops” begin to expose the bad cops; otherwise, they’re just collaborators.

People would be surprised to know that … I don’t hate all white people.

If you come to my house for dinner, I will make you … nothing, but I’ll order out some fantastic vegan food. I’ve been vegan for almost 35 years.

You cannot beat me at … Jeopardy.

When I traced my ancestral history, I found out that … William Coard from England came to what’s now known as Virginia around 1750 and purchased a boatload of Africans, stamping us with the Coard name.

One movie white people should watch a few times is … Sankofa, by Haile Gerima. And Sorry to Bother You. And Spike Lee’s new BlacKkKlansman.

My toughest class in law school was … property law, because of my Socialist ideology.

The last book I read cover-to-cover was … Malcolm Little, written by Malcolm X’s daughter. I just read it to my three young godsons.

One bad habit I need to break is … well-intentioned overpromising.

My favorite album of all time has got to be … Public Enemy’s It Takes a Nation of Millions to Hold Us Back.

If you get pulled over by a cop in the middle of the night on a deserted street, you should … transform into a white person if you’re not one.

When I’m asked how I can defend terrible people, I say … that I defend the Constitution. Last year, a reporter shoved a mic in my face and asked me why I was defending a guy caught on video shooting a cop. I said, “We could either take him out back for a lynching or we can take him upstairs for a hearing. Your choice.”

Published as “One of Us: Michael Coard” in the 2018 September issue of Philadelphia magazine.