The demonstration for “all Patriots, Militia, 3%, Constitution-loving Americans” is expected to take over parts of Independence Mall on Saturday. So is a massive counter-protest. 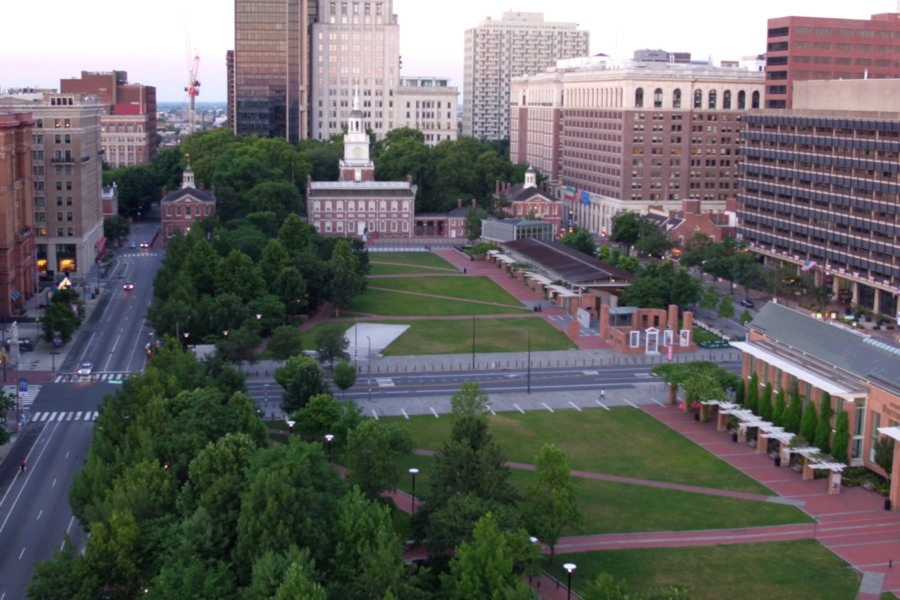 You may have heard some chatter about an ultra-conservative rally being planned at Independence Mall on Saturday. One thing’s for sure: Online tension surrounding the event is high.

There’s a lot that we don’t yet know about the protest. We do know, according to a Facebook event page, that it’s being called the “We the People Rally,” and that organizers and attendees want to send a message to “SHOW PHILLY WHAT PATRIOTISM REALLY IS!!” The event page advertises the protest to all people who are “Patriots, Militia, 3%, constitution loving Americans, pro good cop, pro ICE, pro law and order, pro life, pro American value, pro gun and anti illegal immigration.”

Needless to say, it’s causing a stir in our vastly Democratic city, and people want to know what to expect. Here’s what we can tell you.

1. Opponents of the rally worry it will attract white supremacists and members of hate groups.

The progressive PushBack Campaign said in a Facebook post that members of far-right groups like “The Proud Boys” (a mens-only organization whose members frequently attend violent white supremacist rallies like the deadly Unite the Right event in Charlottesville) were expected to attend the protest on Saturday. They also said members of the gun-toting Three Percenters were planning to be there.

The PushBack campaign and other progressive organizers are planning counter-protests for the “We the People Rally.”

“The residents and allies of Philadelphia must stand in opposition to this escalation of the far-right’s push into the city’s culture and politics,” says a Facebook event page for the Pushback Campaign’s counter-protest.

2. However, “We the People Rally” organizers say they don’t welcome hate or condone violence.

On their Facebook event page, organizers stressed that they “do not condone the use of violence by any party at this event.”

“This event is to allow the people to make their voices heard,” the page reads. “Any violence, racism, or display of hate by any group or individual is extremely prohibited. Any group or party violating these conditions will be removed from this event immediately.”

In a permit application for the event, an organizer said they did not believe there would be attempts to “disrupt, protest or prevent” the event.

Adam Duncan, a spokesperson for the National Park Service (which owns Independence Mall and approves permits for events on the site), said the organization is “taking all necessary reasonable precautions to keep the public safe.”

Meanwhile, Mayor Jim Kenney told Philly.com that officials are “aware of the potential issues there, and we’ll have coverage and hopefully everything turns out all right — hopefully [hate groups] don’t show up at all.”

Kenney added that if anyone does spur violence or vandalism, “we’re going to take them into custody, [and] they’re going to be arrested and charged.”

4. The “We the People Rally” permit application says the event is expected to include up to 200 people.

However, given interest in the planned counter-protests (thousands of people said they are “interested” in attending them on Facebook), expect more people in the area on Saturday.

Duncan said the National Park Service issued the permit for the event late last month. The application states that the protest is a “First Amendment rally for saving the Constitution, with speakers.” It is permitted to run between 11 a.m. and 3 p.m., he said. The exact location of the protest isn’t clear, though the Facebook page for the event states that it will be located next to the Independence Visitor Center, on Market Street between 5th and 6th streets.

Rally opponents had put out calls for people to contact the National Park Service and ask them to revoke the permit, but Duncan said that the organization doesn’t typically deny applications on the basis of what protests are about, citing First Amendment issues.

5. Online fury regarding the event has prompted a Comcast employee to lose his job.

After a Twitter user identified as “AntiFash Gordon” penned a viral tweet that accused a Comcast employee from the Harrisburg area of being a member of the Proud Boys and planning to provide “security” at the rally on Thursday, Comcast offered us the following statement: “There’s no place for disrespectful, offensive behavior in our culture. The individual is no longer employed by Comcast.”

More on that here.