Mascots Go Rogue: What Chiitan Can Teach Us About Gritty
Subscribe
Follow
I'm a scraper
This search result is here to prevent scraping

The Best Thing That Happened This Week: When Mascots Go Rogue

It's all good, furry fun—till it's not? 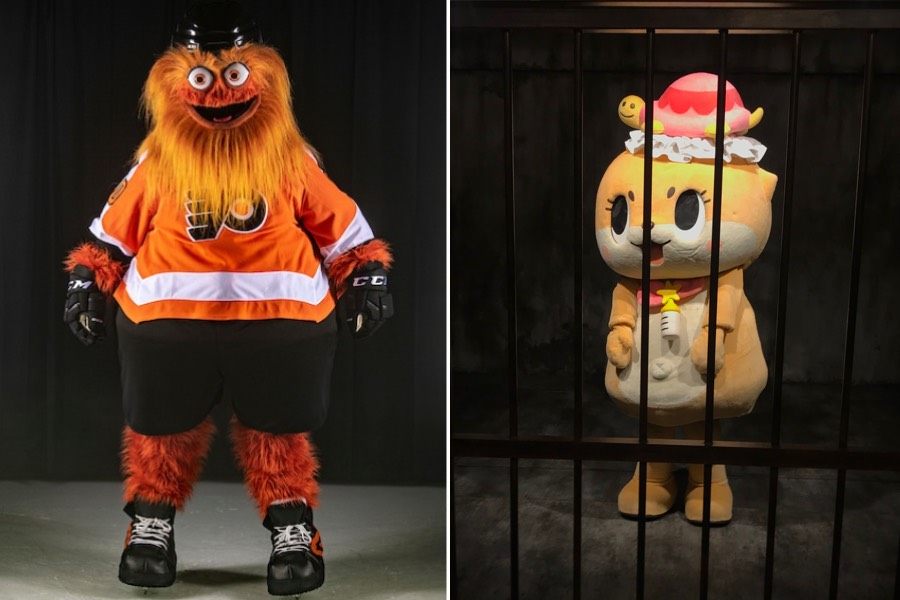 Mascots. Who doesn’t love ’em, right? Big soft floppy avatars of sports teams, colleges,  software systems, magazines … Their antics make us laugh; they run races, rouse our spirits, intimidate us, thrill us and perplex us. (Go, Nads!) Which is why we were so deeply saddened to learn the tragic story of Chiitan, the mascot (based on a mythical otter, and wearing a turtle hat) of the Japanese city of Susaki. Mind you, Susaki already had an official mascot, also otter-based, named Shinjokun (different hat — a bowl of noodles). Chiitan was an unauthorized mascot who just kind of turned up one day. (Unsanctioned mascots are apparently a big problem in Japan.) And Chiitan — well, let’s just say he makes the Phanatic look like Betsy Ross. He tipped over a car, just for laughs. He beat a stick to smithereens. He let a goat fellate him. (You’ll have to scroll down; this is a family website.) And in perhaps his most ominous video, he opened a locker, took out a baseball bat, tucked it into his outfit, and walked off camera. The caption? “Chiitan going to visit your house.”

Sure, it’s all fun and games so long as Chiitan stays in Japan. But maybe we should ask ourselves: Exactly how much do we really know about this new guy named Gritty? Where did he come from? (C’mon, you don’t believe that crap about him living under the Wells Fargo Center, do you?) What does he eat when he can’t get hot dogs, huh? What are his long-term plans? Can you picture him pole-dancing? I think we can all agree: We do not want him visiting our house.