We could solve some real problems afflicting the city’s most marginalized groups for what it would cost to slap a coat of Instagram-friendly empty symbolism on the Walt Whitman. 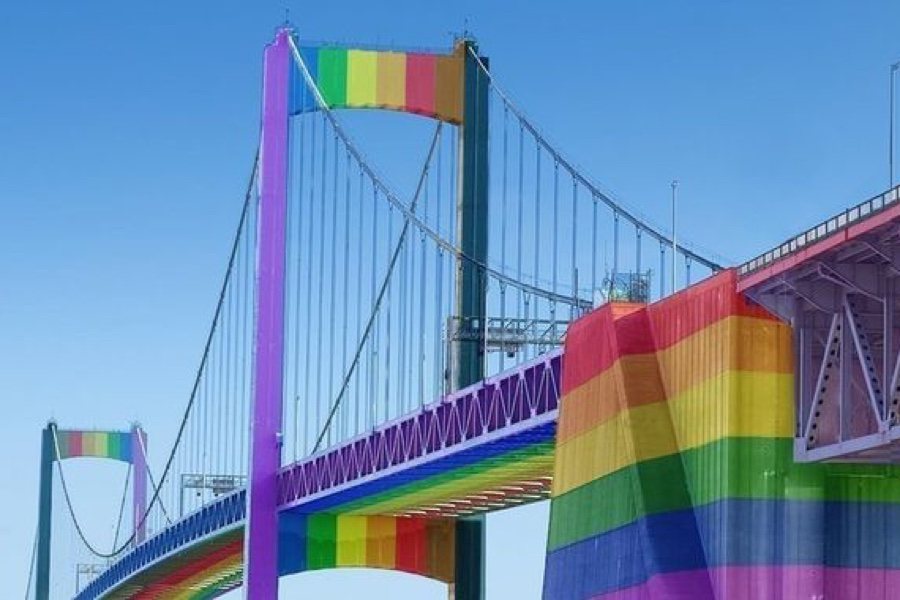 There are important ideas that one should spread far and wide to seriously address issues affecting marginalized communities in Philadelphia. A great example: making single-stall restrooms in the city gender-neutral to provide inclusion and safety for transgender and gender-nonconforming residents.

And then there are stupid ideas that one should float only among a small circle of friends and then promptly forget about — such as that time former Mayor Michael Nutter banned volunteer food-distribution efforts on city parkland, further disadvantaging homeless Philadelphians.

Encouraging people to “raise corporate and/or grant funding” to get the Walt Whitman Bridge painted rainbow colors to “elevate and celebrate LGBTQ representation in our public space” is one of the latter types.

This half-baked idea came about through a Change.org petition launched last week by Whitman at 200, a yearlong project celebrating the gay writer’s 200th birthday, in collaboration with local queer artist Conrad Benner of Streets Dept. blog fame. In an op-ed for the Philadelphia Inquirer on Wednesday, Benner expanded on his idea of painting the bridge, arguing that “This is about more than changing the color of a bridge. LGBTQ Americans deserve more representation in public art and monuments.”

Then, over the weekend, Benner tried to “leverage the attention” over the rainbow bridge petition to do some “immediate good” by posting an update calling for donations to “16 Local LGBTQ Organizations You Can Support Right Now.”

While redirecting attention to pressing causes within the local LGBTQ community is commendable, it doesn’t change the fact that the initial proposal would be a monumentally tone-deaf thing to do.

For starters, the price tag to repaint the Walt Whitman Bridge three years ago was $56.6 million dollars. Even if people did fundraise that much, those tens of millions of dollars would be much better spent supporting the 16 local LGBTQ organizations Benner speaks of — and many, many more — for the foreseeable future. Or look at it this way: That same amount is more than one-third the annual cost of ending hunger in Philly. Or it could cover the $49.5 million needed to save our local public libraries, with millions to spare. Or if you really care about our public education, we would still have more than $20 million left after using those funds to cover the $36 million price tag for pre-K programs, community schools, and Rebuild projects currently being funded by the regressive soda tax.

Furthermore, there are smarter ways to improve LGBTQ representation in the city without dropping millions to paint a bridge. How about more political representation in City Hall? Philadelphia has yet to elect an openly gay city councilperson. This election season several LGBTQ candidates, including Sherrie Cohen and Adrian Rivera Reyes, are making bids for office — imagine what could be achieved by putting that bridge money into a local political PAC to help encourage more LGBTQ legislative power.

It’s frustrating to be a Black gay Philadelphian bombarded by symbolic gestures that do more telling than showing. This city has had plenty of LGBTQ symbolism that’s done pretty much nothing to directly address the issues affecting the community. Let’s not forget that after the Gayborhood, the city’s historical LGBTQ social mecca, was hit with calls for change over its longstanding culture of racial discrimination, a new local pride flag with Black and Brown stripes was unveiled. That flag still hasn’t done much to address the racial disparities affecting our community when it comes to nonprofit leadership, social injustice, and socioeconomic disadvantages. Painting the Walt Whitman Bridge rainbow will definitely put a smile on thousands of selfie faces, but will not improve the lives of those within our community who deserve more.

So rather than advocate to waste funds on low-impact gestures of visibility, let’s shift our resources into matters that improve the actual livelihoods of current LGBTQ Philadelphians. Whitman himself said it best: “We convince by our presence.” No rainbow bridge can represent us better than the sincere investments we actually make in our community.