The veteran Juntos executive director is running a campaign that is geared toward “speaking truth to power” and avoiding one that spends “too much time talking about politics.” 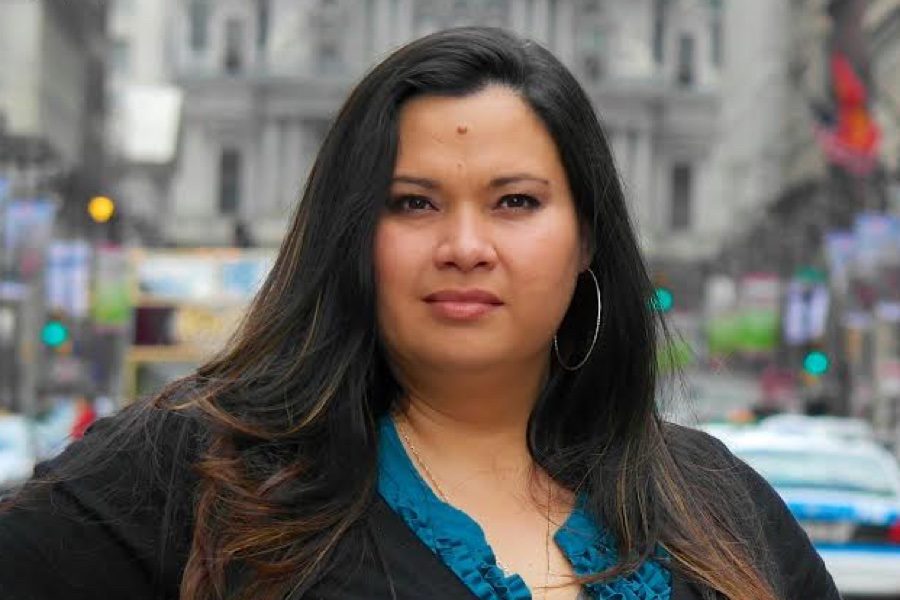 Erika Almirón, a social justice activist, announced on Monday her bid for an at-large seat on Philadelphia City Council. Almirón says she is running on a progressive platform that centers immigrants, people of color, women, and other underrepresented communities. She describes herself as a “Philly girl down to the core” with a “what you see is what you get” attitude  — and hopes that her campaign gives her the “ability to fight for justice and win” for the people.

Tell us a little about your background.
I’m a Philly girl with immigrant roots, like millions of us in the city. I came back to Philly to fight for women’s issues at the American Friends Service Committee after some years in Chester County helping to provide health care access to Latina women. I have spent years fighting to end the mass expansion of corporate charters that weaken our public schools. In 2011, I became the executive director of Juntos and took all the lessons I learned over the years to fight for immigrant families in Philly and nationally. What I’ve learned over my life and career is that it takes a real movement to win on any of them – and that’s the movement I want to build as we campaign for City Council.

What made you decide to switch from activism to politics?
I’ve spent a lot of time in the past months reflecting on my 20 years of service as a movement leader in Philly. I see my venture into politics as an expansion of my organizing into a new sphere, a new way to fight for what thousands of us believe in in our amazing city I love so much. I believe all of my experience in fighting for more just policies for the people and winning has prepared me well to continue fighting for us as a city councilperson.

You’re entering what has become a crowded race for an at-large City Council seat. What makes you stand out from the rest of the candidates?
I have direct experience working with everyone from immigrant laborers to district attorneys to pastors to parents. I lost a friend in high school to a police shooting, and watched a close relative die in prison. On a very personal note, I didn’t report my rape years ago. As a survivor, I know intimately how women of color are treated when they report their assaults and are many times not believed. These intimate experiences make me stand out because they are both my personal experiences and they motivate me and ground my ability to fight for justice and win.

You’ve been critical of Mayor Jim Kenney continuing to refer to Philadelphia as a “sanctuary city.” What do you think is fundamentally wrong with the term in reference to the region’s current immigration policy?
The concept of sanctuary comes from a long history of organizing safe spaces for our people. We have the most aggressive ICE office in the country, who round up people for deportations. In order to be a true sanctuary city we must push back against institutions like ICE, cut all ties with them as a city, and send a clear message to the country that Philadelphia will create a safe city, not just for immigrants, but for all of us, regardless of race, class, or immigration status.

Apart from immigration, what are three major policy issues your campaign plans to address, and why?
I believe as a city we must prioritize improving our education for our children. As a city that is gentrifying faster than many others, we must establish policies that help homeowners and renters, who have been here for years and have built our city, to stay. This includes ending the 10-year tax abatement and addressing the overpolicing of our neighborhoods, which has not improved safety in our city. We currently spend a third of our city budget on public safety and spend too much of our resources on broken-window policing and incarceration.

What is one common misconception about your activism that you want to dispel for voters as you kick off your campaign?
I’m a Philly girl down to my core — what you see is what you get. I believe we spend too much time talking about “politics” and not about what is moral and what our families deserve. I believe it is time to have people in power who aren’t afraid to speak truth, who are bold in our vision, and who aren’t afraid to make the changes needed to change the lives of Philadelphians for the better.