Gift-Wrapping Gritty Will Get You Hyped for the Holidays 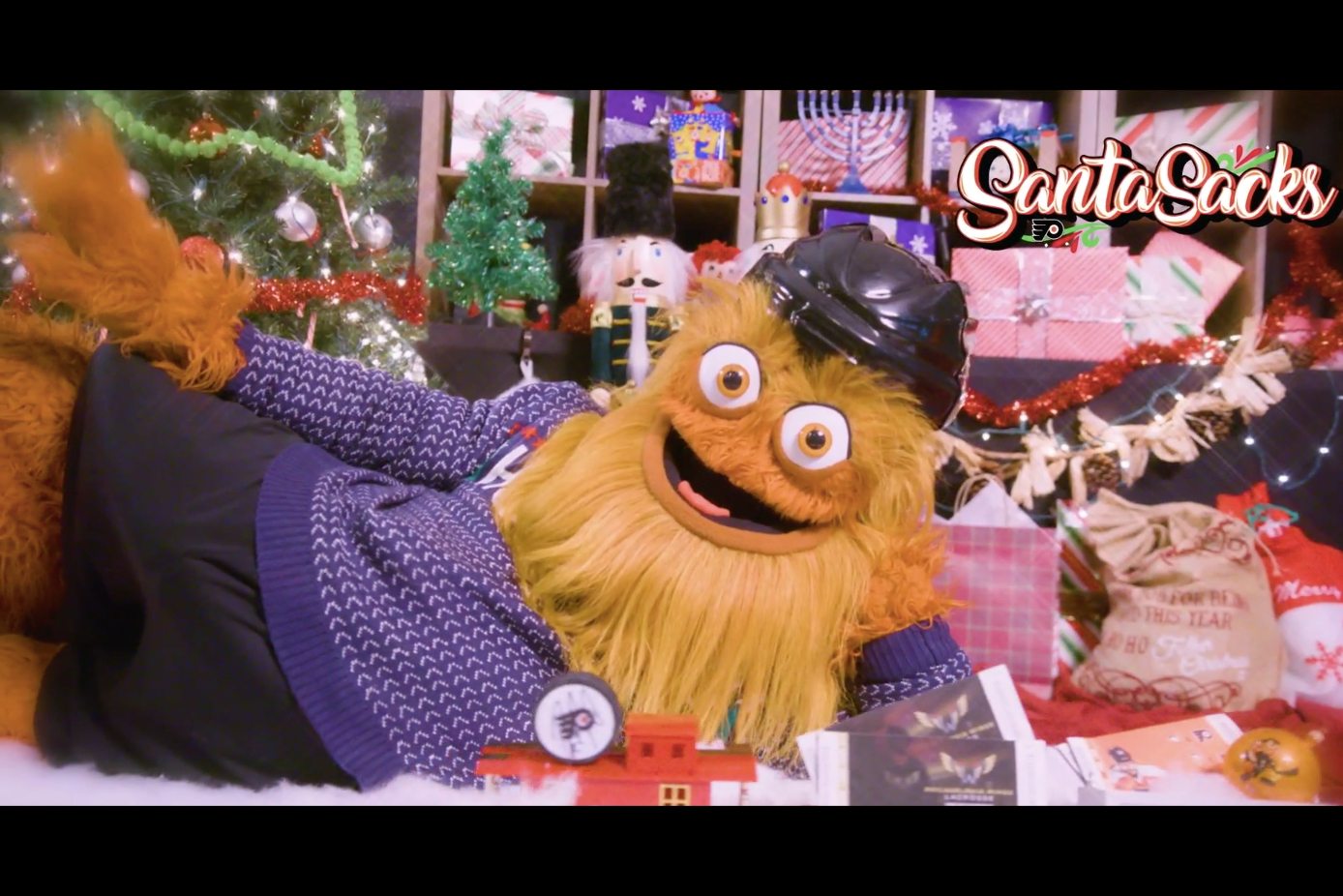 Gritty is ready for the holidays, and so are we. | Photo via the Philadelphia Flyers

Ah, Philly: Where, when the holidays roll around, we head to the Christmas Village, break out our jawnaments, and — now — watch our beloved Gritty wrap some presents.

That’s right. The Philadelphia Flyers have created and released a beautiful video of our favorite mascot wrapping some gifts, and it’s getting us totally hyped for the holidays.

Thanks to the clip, we feel like we learned so much about Gritty in just 30 seconds.

Like, he sort of reminds us of the Grinch when he’s all dressed up in holiday garb. (Sure, he’s not green, but did you see the way those creepy, long, thin fingers tapped toward the end? Very Grinch-like.)

Plus, Gritty is absolutely awful at wrapping Christmas presents. Really. He reminds me of the cat I grew up with that used to shred all the paper. (He did a great job of placing that candy cane on the tree, though.)

Anyway, if this video made you extremely excited for both the holidays and the rest of the Flyers season, then we’ve got some good news for you: You can now get your hands on some official Gritty ornaments.

The Flyers are selling their Santa Sacks Holiday Gift Packages, and this year, they’ll include collectible Gritty ornaments. They might be more suitable for true Flyers fans, though: They’ll cost you the big bucks, since they come with packages that include tickets to Flyers and Wings games. They start at $170 — here’s more info.

From @GrittyNHL Claus and the #Flyers! pic.twitter.com/uh9ff9SvO0