Buy Your Loved Ones a Jawnament This Holiday Season

Add a little Philly to your tree. 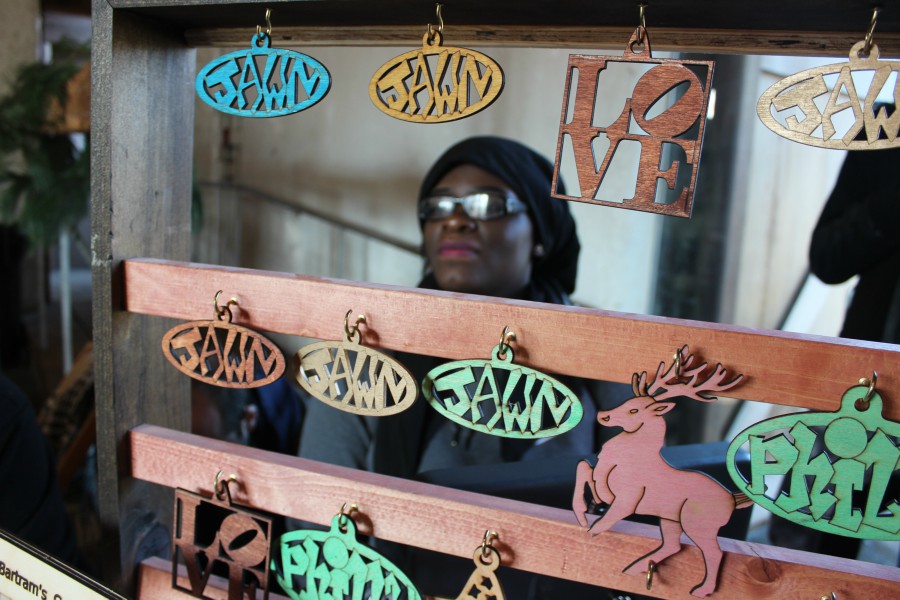 People are particular about Christmas trees. Some prefer to don flannels and boots and cut them down themselves. Others, like our own Fabiola Cineas, would rather order their trees online and have them delivered the next day (courtesy of Philly biz The Christmas Tree Stand).

And then there are some people, like my mother, who very carefully curate their ornament selection. (The works of art my sister and I created in our youths were always destined for the back of the tree.)

No matter your taste, here’s something that should adorn every Philly Christmas tree this year: a jawn ornament, also known as a “jawnament.”

If you haven’t heard of ’em by now, you should. They’re the genius product of students at Workshop School West in West Philly, where young adults learn to become entrepreneurs who design, manufacture, and sell their own products.

The woodcut ornaments, which also come in earring form and several other designs (including the LOVE Park statue), are created by students in an after-school program known as Workshop Industries.

They’re available online for just $4 ($5 for the earrings).

All proceeds go to the Workshop Industries Foundation, which either directs the money back to the school or to a charity of the school’s choosing. So far, the school has sold 268 products and raised more than $3,800.

Simon Hauger, the school’s principal, said students have been making jawnaments for three years – but the gifts have gotten a lot of buzz this holiday season.

In addition to the jawnaments, students began making snowflake earrings this year. Hauger said that to make the earrings, students wrote a software program that randomizes the way the laser cutter cuts the wood – since no two snowflakes are alike.

When Science Meets Art, It's Time to Shop. https://t.co/ISGzNzdsBU pic.twitter.com/KenXJqMwy2

Philly has thoroughly embraced jawnaments over the years.

It's the most wonderful time of the year #jawnament pic.twitter.com/uDp1Xt8S5P