Naturally, There Were More Bible Problems in Philadelphia on Election Day

And some broken voting machines. But all in all, things went pretty smoothly given the extremely high turnout. 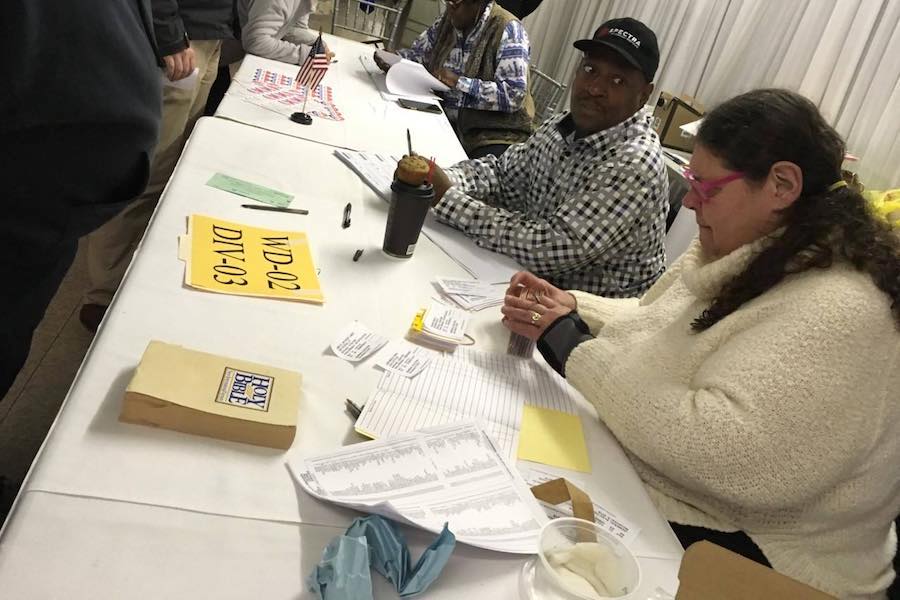 A heck of a lot of people voted in Philadelphia on Election Day, with the city reporting that it was the highest turnout for a gubernatorial election in decades. And as with any election in Philadelphia, there were some problems with voting, but seemingly nothing widespread or cataclysmic.

One of the most interesting stories from the polls comes to us from a familiar South Philadelphia character, activist and artist Elizabeth Fiend, who was one of the people who complained back in May about bibles at polling places during the primary.

On Monday, we told you that the city had sent instructions to poll workers that the bibles — which are used to swear in election officials at each polling place in the morning before the polls open — should be put away before voters show up, to avoid any controversy. 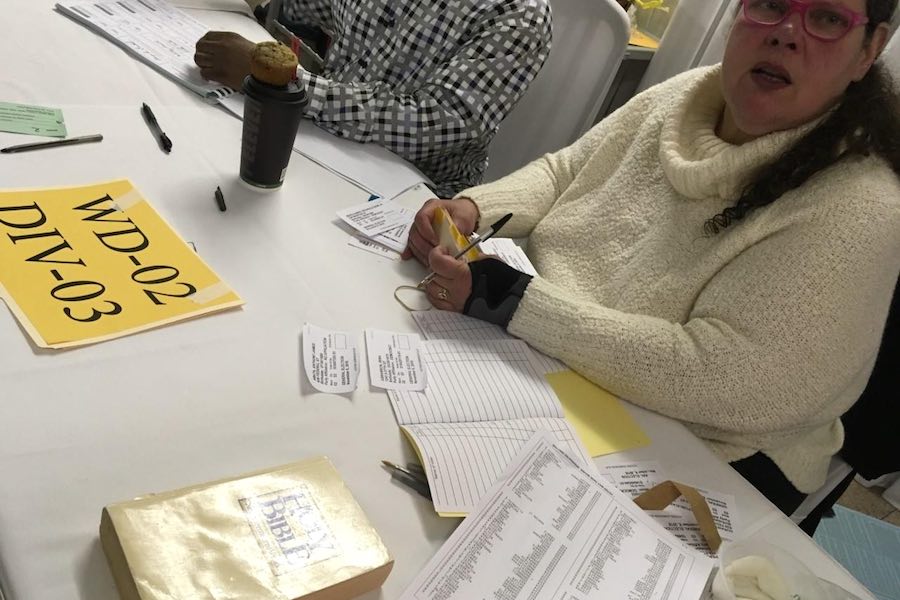 Alas, when Fiend arrived at her polling place inside the restaurant Saigon Maxim on Washington Avenue, she found a bible. According to Fiend, she asked the election workers why the bible was out on the table. And here’s how she alleges the woman in the white sweater in the photo above responded.

Fiend claims that the woman said “I’m sick of these people,” and then stood up, lunged at her, and said, “I’m going to punch this bitch in the face.” (The woman never actually touched Fiend.) 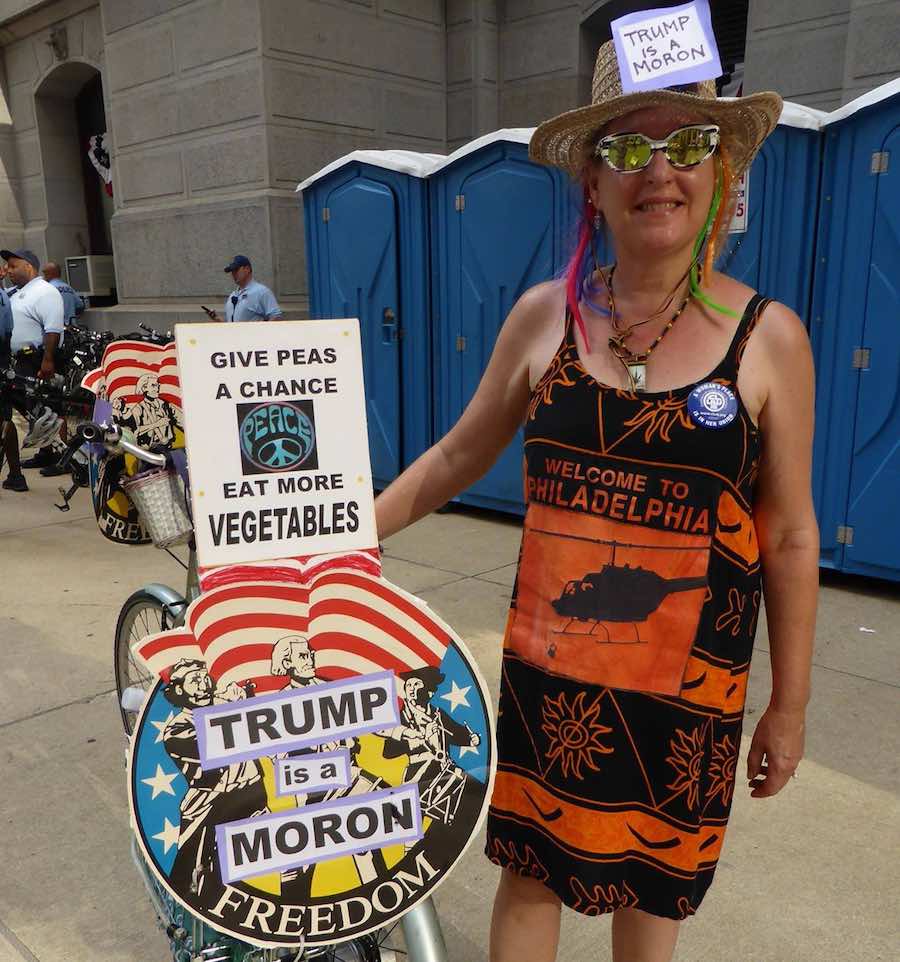 Fiend immediately filed a complaint with the District Attorney’s Election Day task force, and the bible was soon removed after the task force sent somebody to the polling place.

Mattie Cooper, the judge of elections for that polling location, confirms that an altercation occurred.

“There were words exchanged,” says Cooper. “But I’m not going to say what anybody said verbatim. Anyway, there was no need to call the D.A.’s office. I’ve been doing this for a while. We’ve always had the bible on the table. You have people who believe in the bible and people who don’t. Why would you take the bible away from the people who do? I know church and state or whatever with the government, but I don’t know why people take this so seriously.”

Cooper says that Fiend was “carrying on something terrible.” And she identifies the woman at the table as South Philadelphia resident Natalie Vanni, the elected majority inspector for that location. (Philly Mag was unable to reach Vanni for comment.)

There were a few other reports of bible complaints at other polling places.

Philadelphia City Commissioner Al Schmidt, whose office is in charge of all Philadelphia elections, says that he personally went to a polling location at a firehouse in the 15th Ward upon receiving a complaint about a displayed bible. But by the time he arrived, the matter had already been sorted out internally, and the bible was gone.

Aside from the bible complaints, there were reports of broken machines.

One came from somebody in West Philadelphia, who declared on Facebook that nobody in his predominantly black neighborhood was going to be able to vote all day as a result of the problem. So I made my way to that polling place, where the workers told me that they did have an early glitch but that everything was fine. Schmidt says he believes that the machines were up and running there by 7:10 a.m., ten minutes after the polls opened.

On Wednesday morning, Schmidt told Philly Mag that he believed that only ten out of nearly 4,000 machines had to be replaced on Election Day.

As far as he sees it, things went pretty smoothly, especially given how many people showed up to vote.

On Tuesday night, his office shared the following graphic on Twitter, showing that this was the highest Philadelphia turnout for a gubernatorial election in decades.

Highest turnout in decades…and counting! Here's an early look at turnout in the 2018 General Election in Philadelphia. #PhillyVotes pic.twitter.com/xVEX9iASL2

“Last night, we already had a 51 percent turnout,” he explains, noting noting that the city still hadn’t gotten through all of the machine cartridges, meaning the final number will likely surpass the 52 percent seen in 1986. Plus, that number doesn’t include absentee ballots — of which there were a lot — or provisional ballots.

“Turnout was way up,” Schmidt says. “And whenever turnout is up, you have longer lines and more phone calls. Logistically, it’s extraordinary.”