According to investigators, he slid newspapers into the mail slot of a home and then lit them on fire. 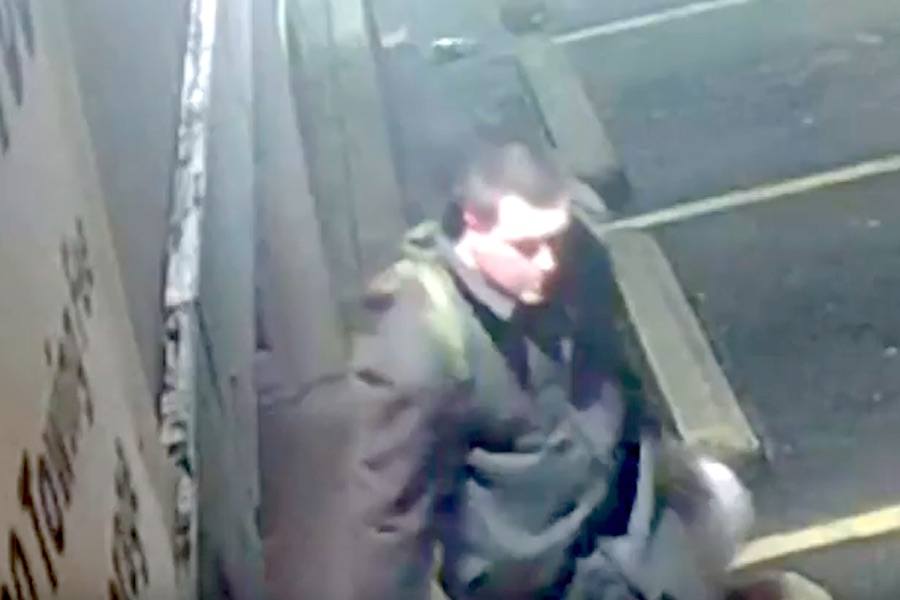 The Philadelphia Police Department is asking for the public’s help to identify a man they say tried to set a house on fire in South Philadelphia last week.

It happened around 6 a.m. on Sunday, October 28th on the 700 block of Fitzwater Street. According to police, the man in the video below took newspapers, placed them in the mail slot of a home, and then lit the newspapers on fire. Fortunately, there was only minor damage, and the residents of the home were not there at the time.

Here is surveillance video of the suspect released by police:

Anybody with information is asked to contact Detective Ken Golczewski of the Bureau of Alcohol, Tobacco and Firearms (ATF) Arson Task Force at 215-446-7875. Tips can also be given anonymously via the Philadelphia Police Department’s tip line at 215-686-TIPS or by text to 773847.