Can Villanova Basketball Survive Its Success?
Subscribe
Follow
I'm a scraper
This search result is here to prevent scraping

Can Villanova Basketball Survive Its Success? 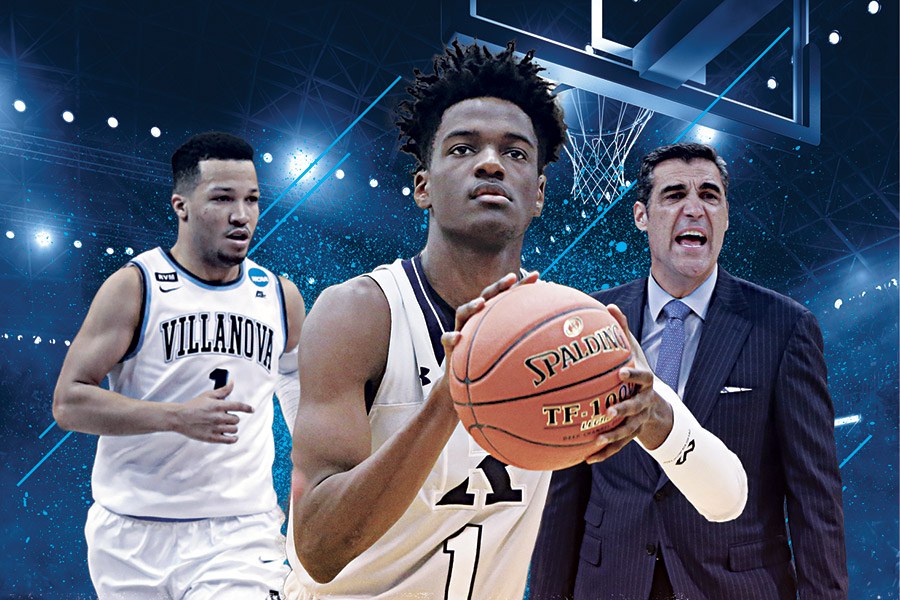 Brunson, Antoine and Wright courtesy of the Associated Press; background courtesy of iStockphoto

Jay Wright sees only one potential obstacle keeping Villanova’s basketball team from maintaining the trademark culture that has produced two national titles in the past three seasons: himself.

Although Wright believes his embrace of Villanova’s institutional mission has yielded great success — thanks to players who want true college experiences rather than brief NCAA pit stops on their way to the pros — he’s worried. Worried that the financial pressures that come with the $65 million face-lift for Villanova’s home court, plus increased attention from highly rated recruits, might lead him down the dark path of compromise.

“Our best chance of winning again is to keep our culture strong,” Wright says. “Society tells you to get the best players, so it’s a constant battle. I have to keep myself in check.”

The pressure of competing against national hoops heavyweights each season could tempt Wright to chase one-and-done NBA lottery hopefuls uninterested in team goals or ’Nova’s track record of developing sturdy high-school products into college champions. Better players than ever are expressing interest in his school. “Their brand is as big as it gets,” says Evan Daniels, director of basketball recruiting for news site 247Sports. Of course, it’s not like the Wildcats have won with intramural squads. At least six players from their title teams were competing for NBA roster spots this season; four were first-round picks. The Wildcats have “lived in the 35-to-70 range” in terms of the national rankings of their recruits, says Daniels, with Jalen Brunson (30th in 2015, per 247Sports) and Omari Spellman (27th in 2016) recent exceptions. ’Nova hasn’t attracted much top-20 interest — but that’s changing.

The trouble is, not every heralded recruit will embrace the program. Wright, who strayed from his own guidelines regarding fit after the Wildcats reached the 2009 Final Four, seems to understand that. But “being aware of it and avoiding it are two different animals,” says Dana O’Neil, a senior writer at the Athletic.

Whatever players ’Nova recruits, Wright demands that his assistants are clear about the program’s expectations. Members of his title teams were fully invested in the Wildcat Way — even the four who left early last spring for the NBA. That diligence, Wright says, must continue: “I can’t get lazy.”

In September, New Jersey prep-school guard Bryan Antoine, rated 16th in the country, committed to enroll at Villanova next fall. He harbors professional dreams but desires the full ’Nova experience, too. “Their players want more than just to go to the NBA,” he says. “They’re there to be better players, better men.”

Antoine will get to play in the renovated Finneran Pavilion, which hosts its first game this month and boasts VIP amenities. Villanova AD Mark Jackson says it will be used as a recruiting tool and revenue generator: “We want to provide a major Division I experience.” The alumni funders will expect big results, but, Jackson says, “As long as Jay’s in place, I’m not worried about the program losing its perspective.”

Basketball success has been a boon for the school. Applications reached an all-time high (22,727) this year, and a recent fund-raising campaign eclipsed its $600 million goal by more than $150 million. Amid the hoopla, Wright tries to maintain his focus.

“We learned in both championships that what made Villanova successful was culture and getting the right guys who are good people,” Wright says. “A lot of them are in the NBA now, but we found the right guys.”

He has to keep searching for them.

Published as “The “Wildcat Way” Hits the Big Time” in the November 2018 issue of Philadelphia magazine.