One of Us: Henri David, Philadelphia's Jewelry Maker and Party Host
Subscribe
Follow
I'm a scraper
This search result is here to prevent scraping


One of Us: Henri David

The exuberant jewelry maker has been throwing wild eponymous Halloween parties for 50 years. Here, he talks Grindr, gruesome costumes, and why Ed Rendell was the best mayor ever. 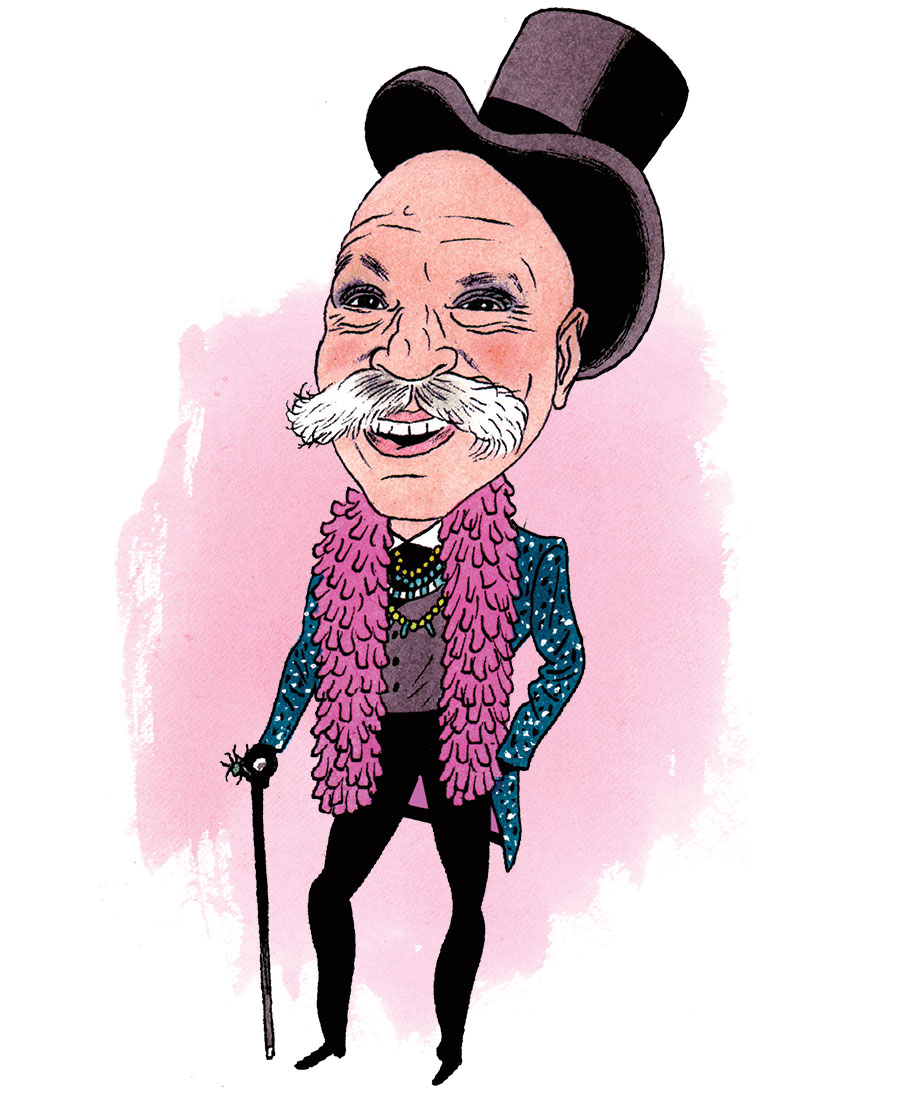 My full name is … Henri David. Henri with an “i.” My mother had a sense of humor.

I went to school at … Central. My history teacher accused me of cheating — I wasn’t, and I proved it, and I got him fired. Mess with me, will ya?

I opened my first jewelry shop … in the Rittenhouse Plaza, in 1964. I had a little counter.

I live in … the house above my shop. I’ve been here 29 years. A long, long time ago, I had my shop at 4th and South, in the middle of the crazies. The store has always been called Halloween.

I started the Halloween parties because … I was always dressing up and making costumes — I was always in theater and musicals — and my friends and I needed somewhere to wear them other than a dark bar or someone’s rec room.

The wildest costume I’ve seen at my parties is … the JFK Jr. plane crash. A group of 20 people came as the crashed aircraft, with JFK Jr. hanging out of the window, dead. It was awful. And wonderful. Back when I started the parties, Philly’s gay scene was … limited but happening. This was 1968. There weren’t really any gay marches or any of that. There were a few bars — and then there was Rittenhouse Square. We didn’t have Grindr or Tinder or whatever. It was, “Oh, hello. How are you?” Or just, “Well, hello, sailor.”

If I sang a karaoke song, it would probably be … “My Way.” Because that’s how I did it.

For my last vacation, I went to … Bali, and I think I want to move there. The only continents I haven’t been to are Australia and Antarctica, but Antarctica is too … white.

My love life is … in limbo at the moment. I had a terrible breakup two years ago, and I’m just coming out of the ashes now. But from age 12 until then, it was always great!

People would be surprised to know that I … never did a drug. But I’ll have a glass of Veuve.

I’ll keep doing these parties until … I fall down.

The biggest mistake people make with Halloween costumes is … waiting until the last minute.

This digital world is … stupid. We’ve made everyone forget how to talk to each other. I do zero. I don’t email. I don’t Facebook. I still handwrite letters.

If I were president, I would … give everyone a full-length mirror.

One thing I miss about old Philadelphia is … the innocence. You could send your kid to a park and not worry.

My favorite mayor has been … Ed Rendell, who was smart and always on the street, walking and talking — not hiding in his office. He showed up for everything. Well, he always showed up late, but he showed up.

My least favorite mayor has been … a name I don’t dare say.

My most prized material possession is … my mother’s baby grand. I play mostly classical stuff and Christmas carols or show tunes. I’m so gay.

The first concert I ever went to was … the Philadelphia Orchestra with Eugene Ormandy, and then Elton John’s first concert at the Tower. I met him backstage, and he became a customer.

My biggest phobia is … bad taste.

Published as “One of Us: Henri David” in the October 2018 issue of Philadelphia magazine.