You thought the company’s “Influencer” outfit (read: ultra-basic sports bra and leggings for $59) was bad enough. But there’s so much more to regret. 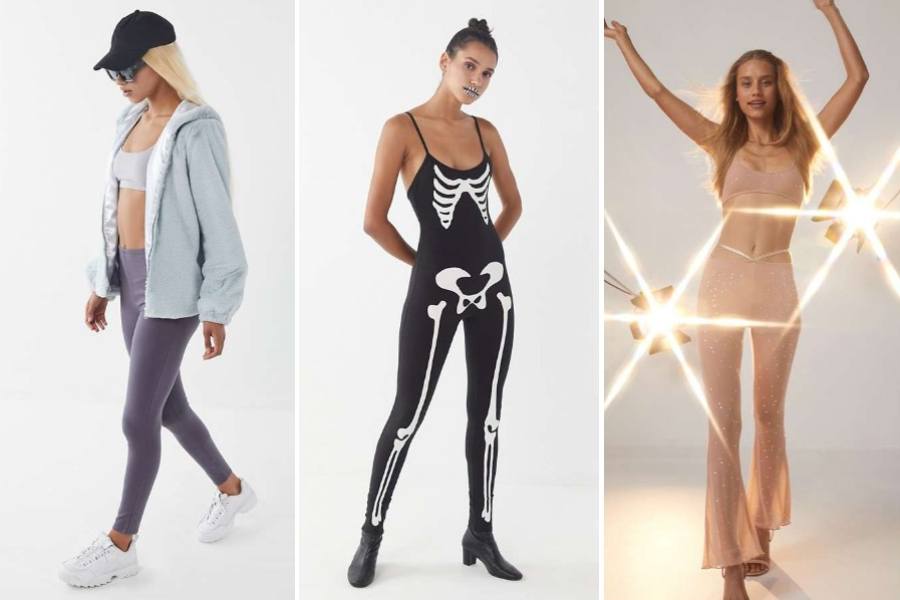 Halloween is nigh, and so, too, are hauntingly stupid Halloween costumes.

The award for Worst Halloween Getup of 2018 (so far) goes to Urban Outfitters, for its “Influencer” costume, which is basically Kim Kardashian’s everyday outfit.

The costume contains nothing more than an ultra-basic sports bra and pair of leggings. Here’s the best part: It costs $59. That’s right, 59 dollars (without tax) for a mediocre sports bra and tights, which are probably already sitting in your closet. Wait, you say — what about the pictured blond wig, hat, shoes, and sunglasses? Nope, not included: If you want the whole shebang, you’re looking at a whopping $154 (again, without tax — and not including the sunglasses … or Instagram followers).

URBAN OUTFITTERS HAS AN INFLUENCER HALLOWEEN COSTUME I AM DECEASED LMFAOOOOOOOO pic.twitter.com/0BA301hBaS

For $60 you can buy an “influencer Halloween costume” or you can literally just go to your closet, and find it there. – @UrbanOutfitters pic.twitter.com/8Lz6mPBAM9

In honor of this 21st-century failure, which the internet has rightly bashed, we present the runners-up for most terrible Urban Outfitters Halloween costumes.

Don’t get too spooked while you read. 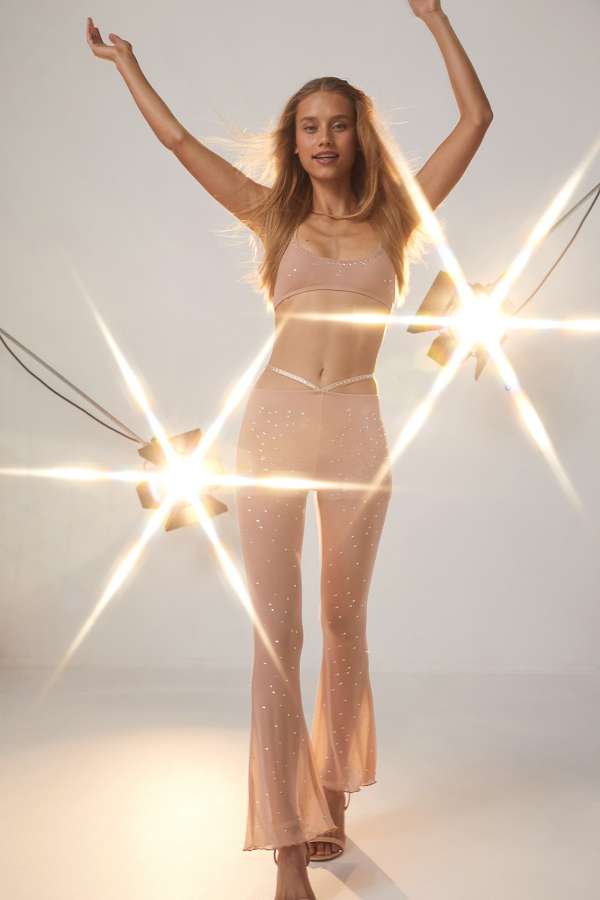 Good ol’ ’90s kids may recall, from a time predating Instagram influencers, sitting at home bored and seeing an occasional advertisement for the BeDazzler. Guess what! You can still buy the BeDazzler — for just $19.99 — and smack some rhinestones and sparklers on that sports bra and leggings set you’ve got in your closet. BAM! A pop diva costume, at a cheaper price. 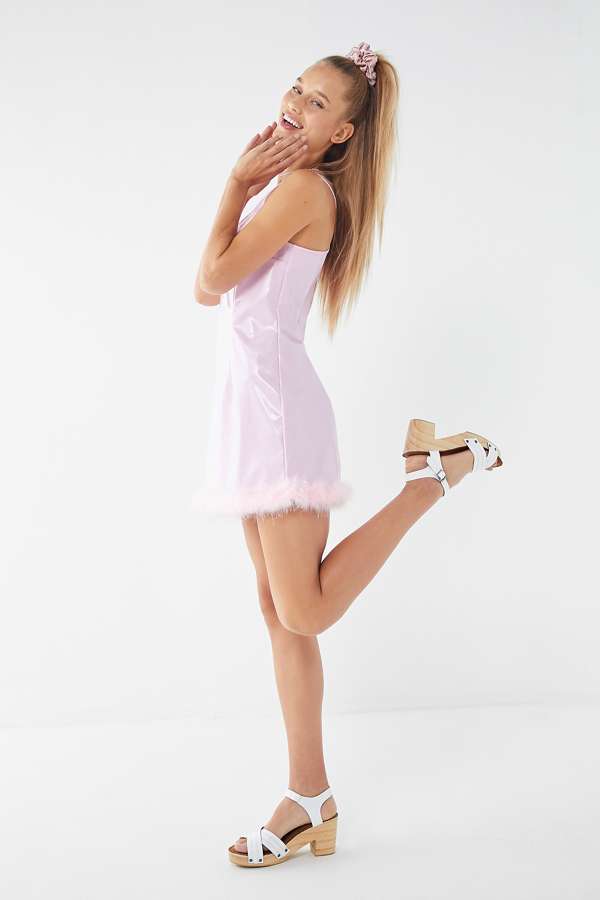 Look familiar? Maybe you saw Ariana Grande on The Tonight Show with Jimmy Fallon this spring …

In case you’re wondering, it’s probably not a good idea (legally) for Urban Outfitters to name costumes after celebs. But both of these looks are pretty darn close to celebs!

We’d like to point out that only the pop diva dress pictured costs $69 — the scrunchy and heels are not included, of course. Nor is the ultra-long blond ponytail. 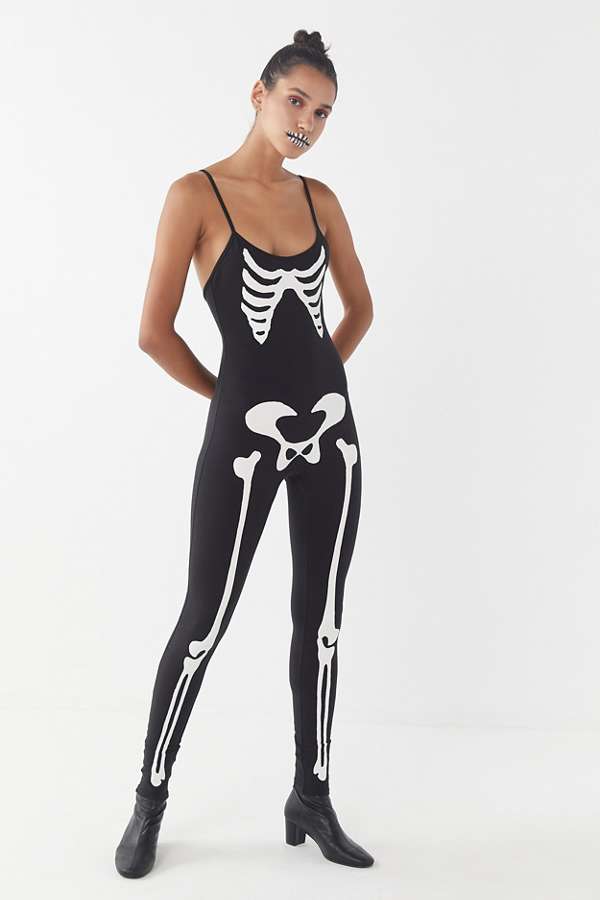 You’ve got a big problem here if you were hoping to be a skeleton with some arms. (Or, like most costumes from Urban, you could just pay extra for them.)

Note that, in theory, you could use this outfit to dress as Donnie Darko for Halloween (not a bad costume idea), though you’ll have far fewer bones than he did. (There’s no spine.) Ah, minimalism. 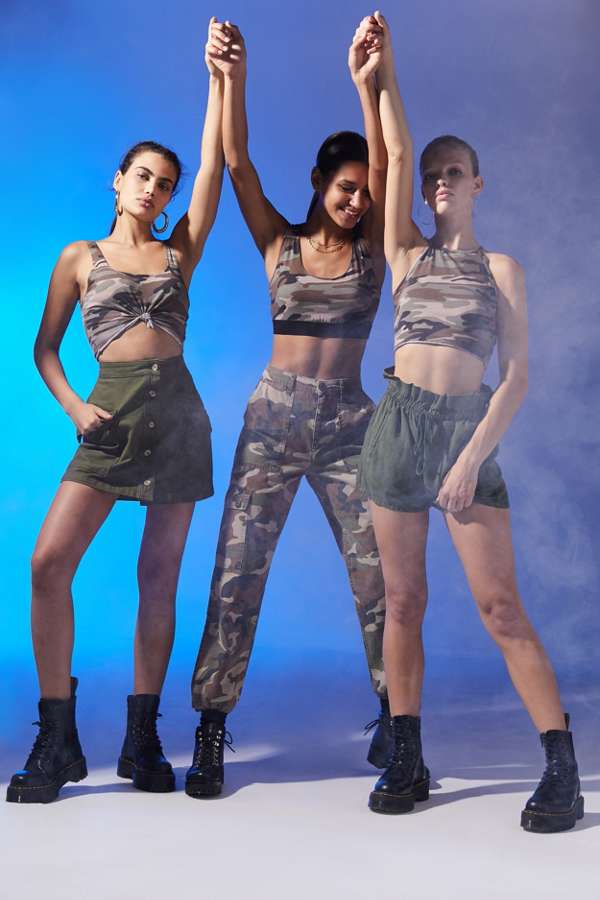 We’re going to take a wild leap here and say that this one kinda reminds us of number-one girl group Destiny’s Child. “Survivor” music video, anyone?

Surprising no one by now, this “Tank Top Halloween Costume” includes only the tank top. If you’re looking for a full camouflage outfit at a decent price, may we suggest military surplus store Goldberg Army and Navy at 718 Chestnut Street? 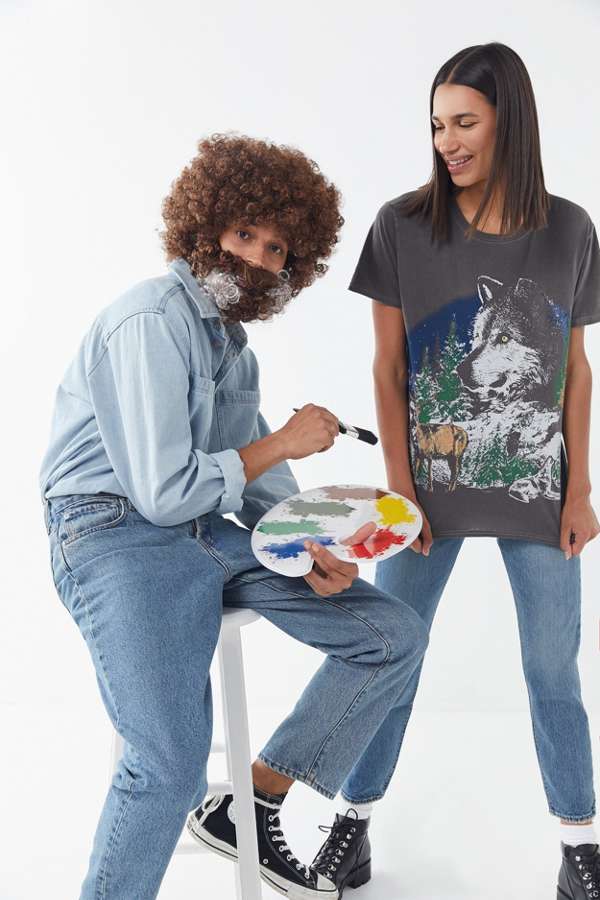 And last but not least, here’s a straightforward costume: painter/art instructor Bob Ross. We’re wondering how Ross would feel about this if he were alive — although, in that case, the costume would probably be called something like “Quirky Painter With Perm.”

What? You didn’t know Bob Ross had a perm? We’re not sure Urban did either.

Guys
I am about to blow your mind
This is Bob Ross
Before his perm pic.twitter.com/SlGFr43OMY

Note: Bob Ross costume includes only the wig, the beard, the easel and the paintbrush.