The Best and Worst Moments from Trump’s Philly Visit 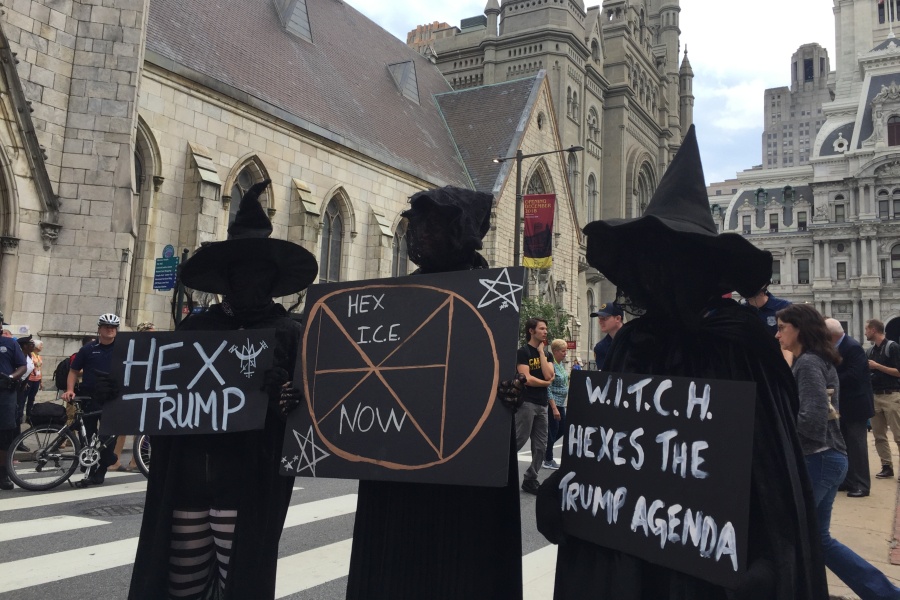 Happy Wednesday, Philly. If you’re reading this, you made it through President Donald Trump‘s appearance in Philly on Tuesday. His presence, of course, prompted demonstrations, snarled traffic, and inspired the creation of at least three beloved Gritty-themed protest signs.

If you’re just catching up now, we’ve got you covered. Below, you’ll find a video of Trump’s afternoon speech at the National Electrical Contractors Association’s annual gathering, which was held at the Pennsylvania Convention Center. (Spoiler: it’s mostly just him praising himself.)

And you’ll also find the day’s best moments (the Gritty signs, of course) and the worst moments (awkward standoffs between protesters and Trump supporters). Plus, some of our other favorites scenes and reactions.

Philly.com reports that Trump spoke for about 38 minutes before a crowd of about 6,000 electrical contractors, electricians and apprentices from across the country.

During his speech, he boasted about his administration’s trade agreement with Canada and Mexico, as well as what he deemed “the best economy in our history.” He also said that the nation is “respected against like we have not been respected in decades.”

The best reactions to the president’s appearance

If you like him… you can keep him. Really. Like please never send him back to NYC. We’ll take some cheesesteaks, pretzels and a few Wawa spots in return. Thanks!

I counted at least three Gritty signs at the protest.

And there was also plenty of Gritty-related chanting.

More “Gritty hates Trump” chants, this time in front of the Convention Center (where the President is currently inside) pic.twitter.com/Fe8IXUNp5G

Lesson learned? Gritty, our new Flyers mascot, has been adopted as a symbol of the resistance.

We’re not quite sure how he himself will feel about this, given that he sort of resembles Trump. But Philly is on board.

I take back all three shames. God bless.

There were at least two moments of tension between Trump protesters and Trump supporters. The first occurred in the beginning of the march, around 2 p.m. on the east side of City Hall, when some guy kept yelling at protesters, “Get a job.”

One Trump support showed up to the front of the protest to antagonize everyone. He’s mostly yelling “get a job” pic.twitter.com/b6GOO3hMGr

Then, as Trump’s speech wrapped up and convention attendees flooded the streets, a few more standoffs occurred, with a few more people yelling at protesters to “Get a job.”

It seemed to be the insult of choice. 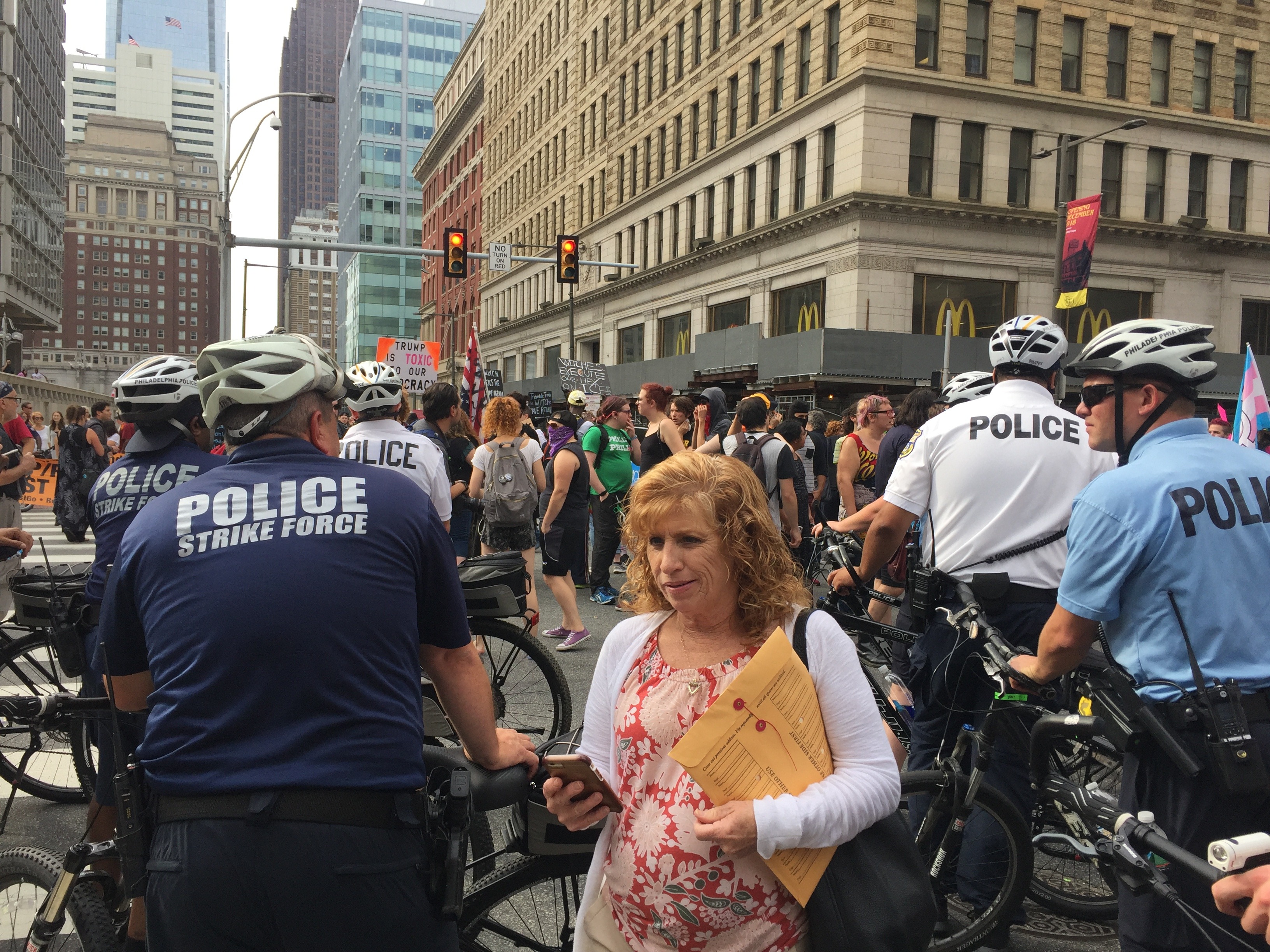 There were also a few anti-Trump witches … 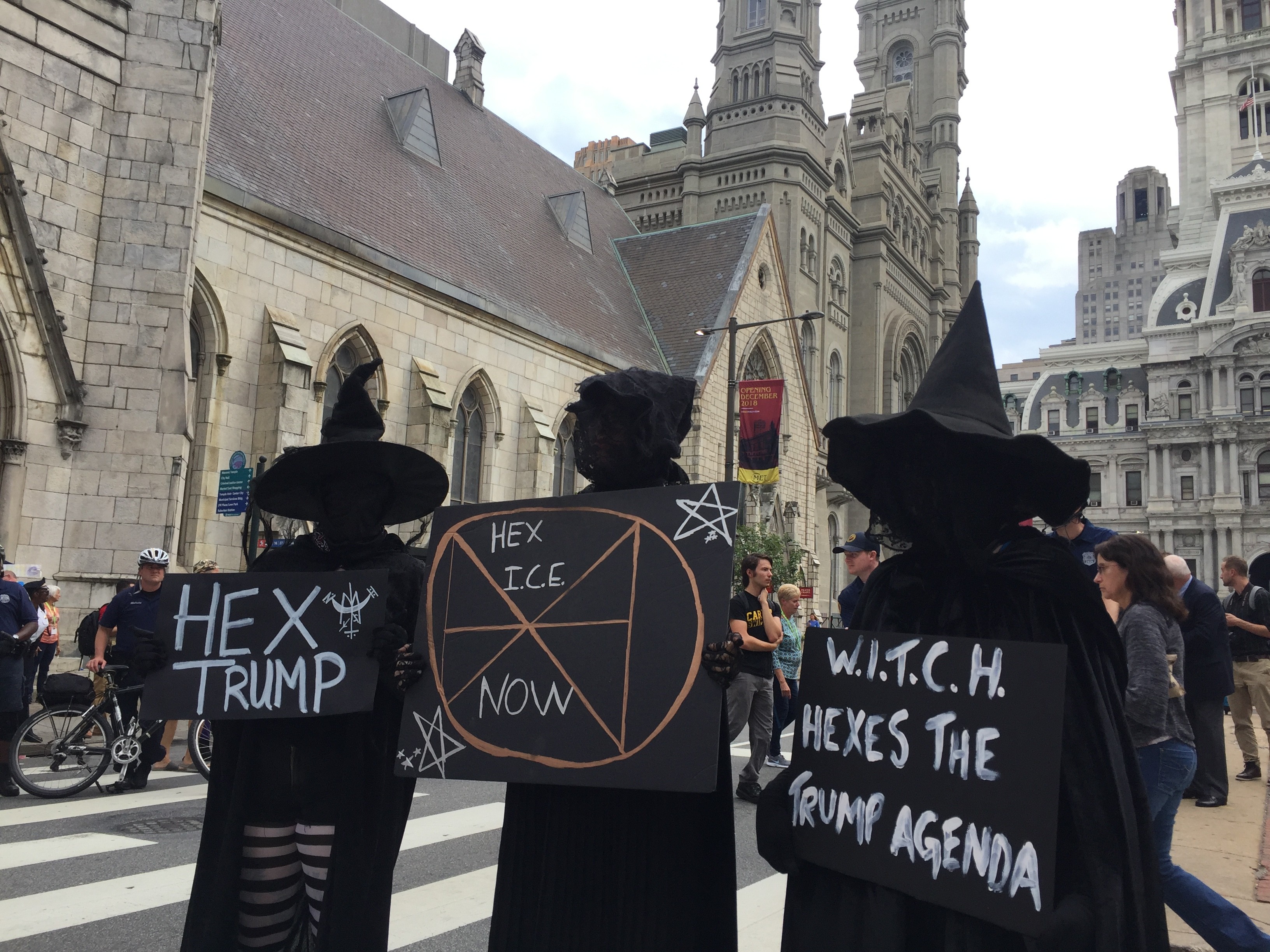 And plenty of Brett Kavanaugh-related signage. 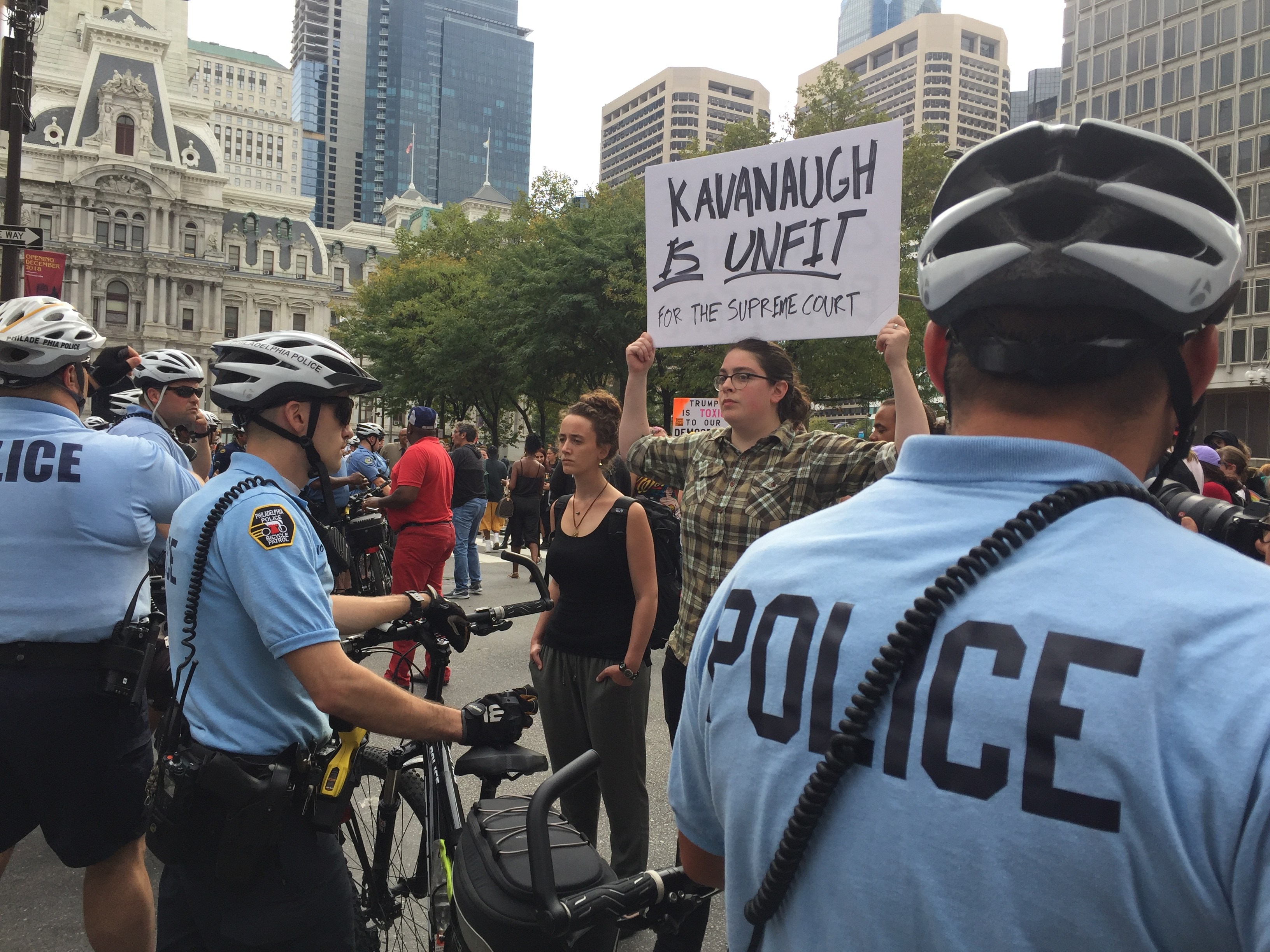 And when it was all over, people were pretty relieved. For the most part.

Kindly let us all know when the country will normalize. Thanks.