Philly Is About to Get More Bike Friendly 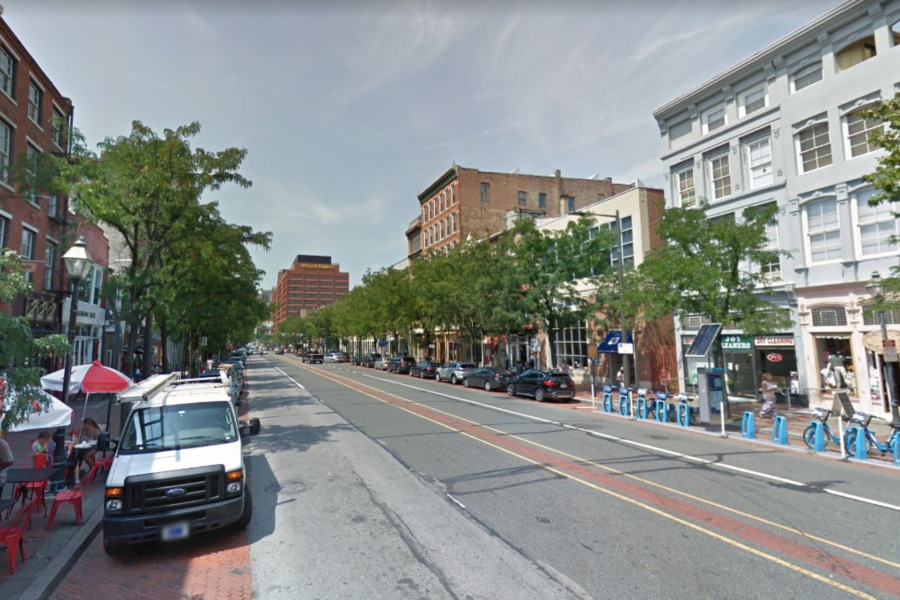 Market Street could soon get more protected bike lanes — and this time, they’d be permanent.

Philadelphia has secured a $3 million state grant for a major transportation project on Market Street, between 2nd and 6th streets in Old City.

The plan is to change the road from four travel lanes to three — and add a protected bike lane in each direction, as well as floating bus islands and pedestrian islands along the roadway. Project organizers hope that all of this will improve safety at at least two intersections on the street. (And don’t worry: they say your parking spots aren’t going anywhere.)

The money is roughly half of what the city needs to actually complete the project, according to Philly.com. Rich Montanez, the city’s deputy commissioner of transportation, told the publication that the changes are expect to cost $7 million in total. Officials are hoping for another $3 million grant, and the remainder would be paid for with city funds. All in all, it could be five years until the project is actually complete, Montanez said.

But don’t be completely discouraged by the slow timeline, which is, you know, rather typical of Philly. The project isn’t the only street improvement plan that recently secured financial support from the state. In fact, it’s just one of 42 transportation projects across Pennsylvania to be awarded a total of $49 million from the state’s Multimodal Transportation Fund, Gov. Tom Wolf announced on Tuesday.

The state will also back the following initiatives in Philly: roughly $2.7 million for traffic safety improvements on Parkside Avenue, a Vision Zero High Injury Corridor; and $900,000 to construct eight new bus plazas at four intersections along Roosevelt Boulevard, in support of SEPTA’s next segment of Boulevard Direct.

A city spokesperson said that the Streets Department will get started on that as soon as the Water Department wraps up a project on South Street in mid-October. So it shouldn’t be long now. We hope.