JFK and Market Street Are Getting Protected Bike Lanes

They’re part of a nine-month pilot project to increase street safety on the hectic roads. 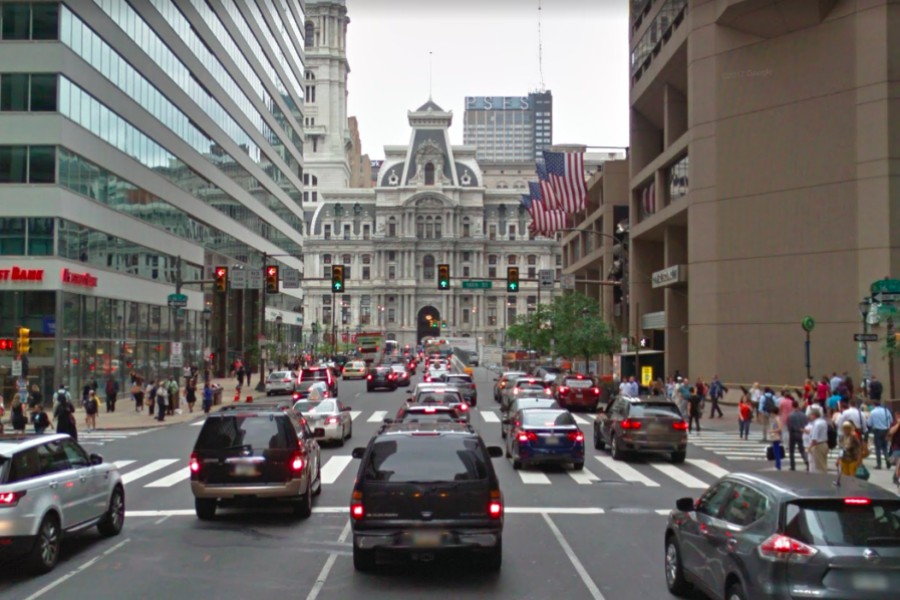 Two of the busiest roads in Philadelphia are getting protected bike lanes.

Over the weekend, officials announced nine-month pilot project to increase street safety on John F. Kennedy Boulevard and Market Street in the heart of Center City. It’s part of Vision Zero, the city’s data-driven effort to eliminate traffic deaths by 2030.

The Market/JFK Vision Zero Project will begin this spring and run for up to nine months, at which time the Office of Transportation and Infrastructure Systems and City Council President Darrell Clarke’s office will evaluate the benefits and impacts to determine the next steps for the road (including whether the changes will become permanent).

Per the Mayor’s Office, the city will:

The project has two main goals: to better separate the paths of drivers, bikers and walkers (which can work to reduce traffic congestion) and to curb speeding and weaving on the arterial roads. 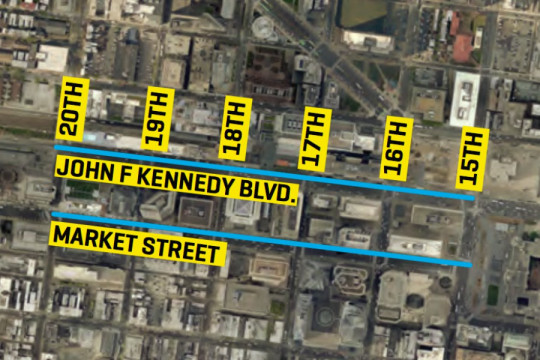 Mayor Jim Kenney announced the plans during the Bicycle Coalition of Greater Philadelphia’s annual Vision Zero Conference on Saturday. The group, which has long advocated for projected bike lanes along the busy roads, celebrated the news and said that the project “will create an easier, safer way for bicyclists, pedestrians, and drivers to get through Philadelphia.”

Each year, roughly 100 people are killed in traffic crashes in Philadelphia, while another 250 are seriously injured. This particular Vision Zero project comes less than one year after Peter Javsicas, a transportation-safety advocate, was killed while walking near the intersection of 16th Street and JFK Boulevard. Javiscas and another pedestrian were hit by a westbound minivan that struck an SUV and jumped a curb after attempting to switch lanes.

“By working with the building owners, Center City District, Philadelphia Parking Authority, and Council staff, we are proud to present a pilot project that will improve safety for employees, business owners, and residents,” Carroll said. “I am excited to share the results of the pilot.”

Pleased to announce our latest #VisionZeroPHL pilot project this morning. The new parking protected bike lane on JFK Blvd and Market St in Center City will help increase safety for all who use these roadways. pic.twitter.com/BgEAfBugMD