This Southwest flight attendant said that she had to listen to "Fly Eagles Fly" 35 times while in the air. But this story has a very happy ending. 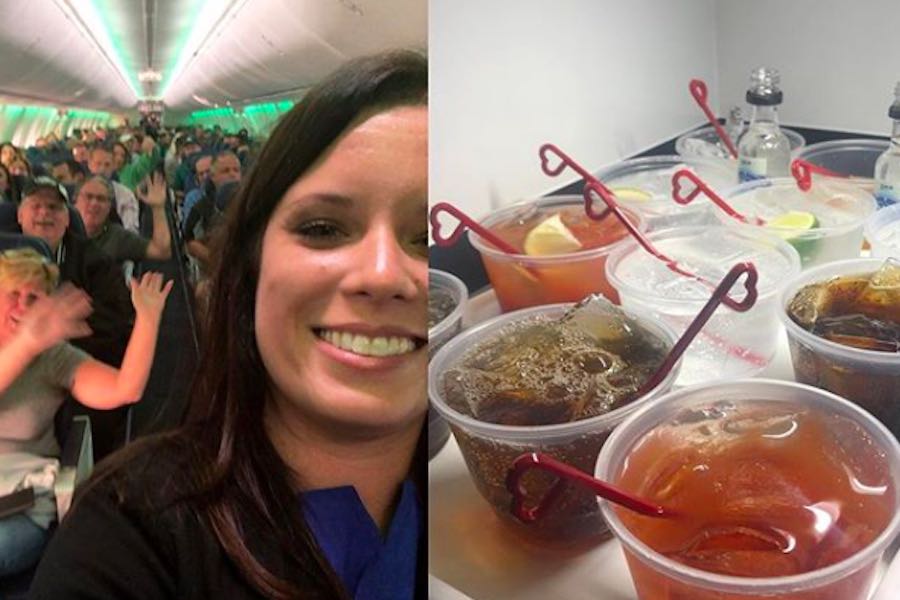 We all know what happened once the Eagles squared off against the Titans in Nashville on Sunday. It was nothing to celebrate. But there was plenty of celebrating going on before kickoff, when a bunch of Eagles fans from Philly took a Southwest flight to Tennessee for the game.

Southwest flight attendant Rachel Manning took to Instagram on Saturday to document the festivities on that flight. “Just flew 175 Eagles fans to Nashville,” she wrote. “Sold every bit of liquor on the plane and had to listen [to] ‘Fly Eagles Fly’ 35 times. I need a drink and our town [needs] some praying over… GO TITANS!!!!”

Yes, alas, Manning is a Nashville resident as well as a Titans fan. (But we won’t hold any of that against her, right?) She wasn’t expecting to go to the Eagles-Titans game on Sunday, but her Instagram post got a lot of attention and led to a ticket offer.

“A little insta post about a Titans fan showing some Philadelphia fans some Nashville love went a little wild,” Manning wrote in a followup post. “And I got a ticket to an awesome tailgate and to the game thanks to Joe at @phansofphilly! I’ve had the time of my life today! I am proud of my town and of my Titans and that I made some friends in this process! It pays to be hospitable. It’s the Nashville way!”

Some of her Instagram followers seemed a bit surprised that the hospitality had been returned. “Eagles fans aren’t as bad as portrayed huh?” wrote one.

Not so much, Manning tells Philly Mag.

“I had a great experience with everyone I met,” Manning says. “Rowdy of course but everyone was kind to me. An Eagles fan (from Phans of Philly) is who gave me a ticket to the game. Super thankful for that and had a good time. Rivalry and all, I met some awesome people.”

If you’re not familiar with Phans Of Philly, it’s a local company that books group trips to see Philly sports teams on the road. A bus trip to the Giants game on October 11th costs $289, which includes a ticket and tailgating. For November’s Eagles game in New Orleans, it’s $859 per person (double occupancy) not including airfare.

As for the Nashville trip, no word on how the return flight went. But one of Manning’s Facebook friends in Tennessee had a prediction. “I bet the ride home for those fans will be a little bit more subdued,” she wrote.