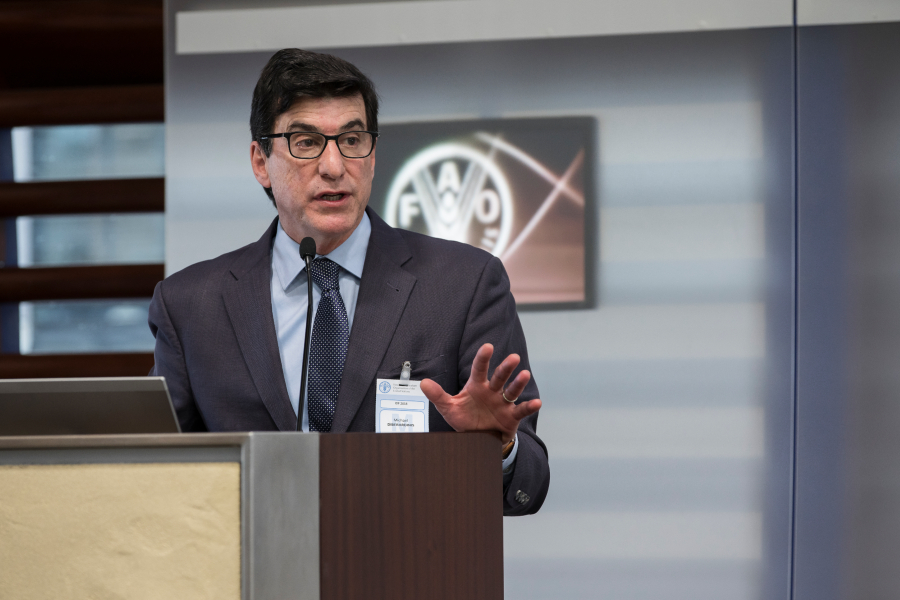 Michael DiBerardinis, the city’s managing director, will leave his role for a gig at Penn’s Fels Institute next year. | ©FAO/Roberto Cenciarelli

DiBerardinis will leave his city oversight position to join the University of Pennsylvania as a professor of practice at the Fels Institute of Government starting next year.

Before stepping into his current role, DeBerardinis worked as the city’s Parks and Recreation commissioner, as well as the deputy mayor for environmental and community resources and a special adviser to the Free Library of Philadelphia. Plus, he ran the state Department of Conservation and Natural Resources under former Gov. Ed Rendell.

In a statement, Mayor Jim Kenney referred to DiBerardinis affectionately as “Mike D.” and said he “cannot thank him enough for being an integral part of my team the last few years.”

“His experience and leadership have helped to successfully restore a strong managing director system to the government which will serve the City well in the future,” Kenney said. “I wish him nothing but the best and believe the students at Fels will benefit greatly from his wisdom and expertise.”

We are pleased to announce Michael DiBerardinis, @PhiladelphiaGov Managing Director will be joining Fels in January 2019 as a Professor of Practice! https://t.co/IiFxhOKwEH

In his role at Penn, DiBerardinis will teach and help lead a mentoring program for Fels students.

Philly.com reports that the announcement comes amid controversy at Fels. According to the publication, more than 200 alumni recently sent a letter to Penn’s School of Arts and Sciences, which houses Fels, questioning whether the institute was straying from its mission to provide students not just with academic theory but with “multi-disciplinary academic rigor” and “the practical skills and professional opportunities needed for effective governance and problem-solving.”

In a statement regarding DiBerardinis’s hire, professor of political science Matt Levendusky said DiBerardinis “will serve as a bridge between the standing faculty and the practitioner community and ensure that Fels continues to produce outstanding public-sector leaders.”

Current deputy managing director Brian Abernathy will succeed DiBerardinis next year. Abernathy said he is “extremely grateful for the opportunity.”