Philly Pols Keep It in the Family

This Father’s Day, three iconic city politicians can look on in pride at the exploits of their up-and-coming progeny. 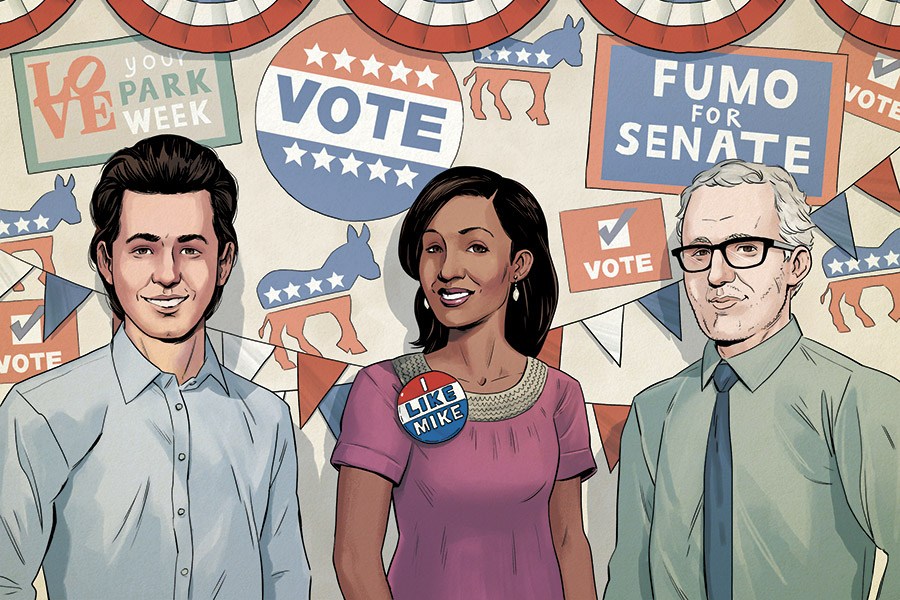 From Goodes to Greens to Streets, Tartagliones and Williamses, Philly politics has a long history of running in the family. And the trend continues. Here are three recent examples:

Pops: Managing director, former deputy mayor, former Parks and Recreation commissioner and longtime super-bureaucrat Michael DiBerardinis.
Previous feats: Former aide and legislative director for 7th District City Councilwoman Maria Quiñones-Sánchez.
What he’s been up to: As senior director of programs and partnerships at Bartram’s Garden, working to make one of America’s oldest green spaces more inclusive by building stronger relationships with Southwest Philly through efforts like the Neighborhood Yes Fund grant program and Black Mall.
What’s next: Testing the waters for an at-large City Council run in 2019. Continuing the push to connect the Schuylkill River Trail to Bartram’s Garden via a pedestrian/bike bridge set to break ground this summer.

Pops: Former mayor Michael Nutter, whose current gigs include CNN pundit, Columbia prof, fellow for Brookings and advisor to Bloomberg Philanthropies.
Previous feats: Spoke at Malala Yousafzai’s 2014 Liberty Medal ceremony; a 2007 campaign ad featuring a young Olivia was widely regarded as the driver of her father’s late surge in the polls.
What she’s been up to: The 2017 Columbia grad’s internship roster is deep: legislative work for Delaware Senator Tom Carper, public policy for Sidewalk Labs, government innovation for Bloomberg Philanthropies, and branding for Roc Nation.
What’s next: Former urban studies major Olivia is now a staff assistant at the U.S. Senate Committee on Small Business & Entrepreneurship — sounds like a chip off the old block.

Pops: Former alpha state senator turned federal inmate (2009-2013) Vincent Fumo, from whom he is estranged.
Previous feats: Has served on the boards of South Philly’s Theatre Exile and other local theater companies.
What he’s been up to: By day, he’s a software engineer for Comcast. And he’s dipping his toe into the family business, running for committee person, basically an entry-level political job, in his South Philadelphia precinct.
What’s next: Starting June 22nd, Vincent Jr. will stage a site-specific interactive theater piece he conceived, The Italian Market Project; audiences of eight to 10 people will traipse through the market as the action unfolds. “It’s nice,” Fumo Jr. tells us, “to be able to use the name Vince Fumo to do some good.”

Published as “The Names Remain the Same” in the June 2018 issue of Philadelphia magazine.