He served as an ambassador for the city’s Streets Department on Tuesday by “Paving the Lane,” naturally. 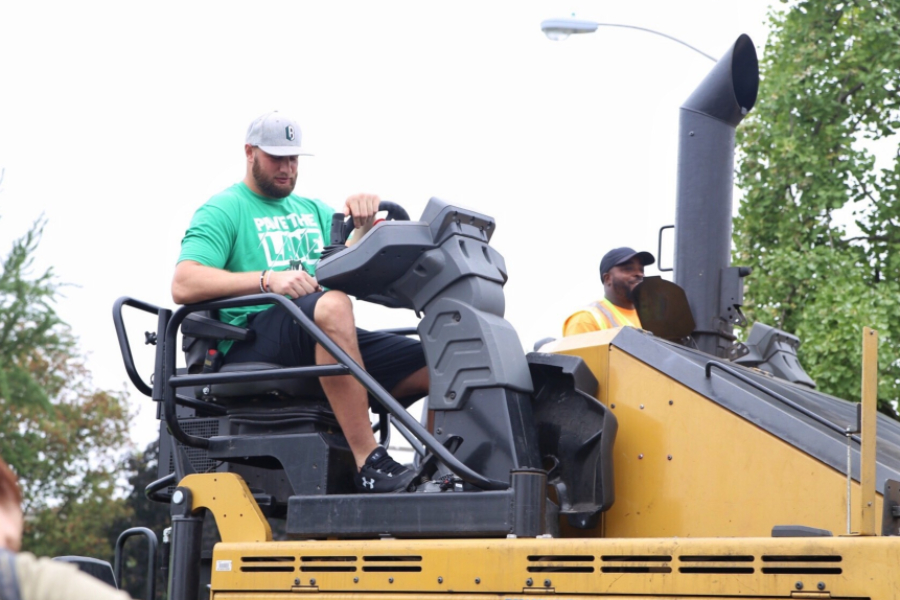 Here’s yet another reason to love our Eagles players: They help repair our crumbling streets.

Eagles offensive tackle Lane Johnson lent Philly’s street paving crew a hand on Tuesday morning as part of the city’s “Pave the Lane” effort (of course). Johnson actually got behind the wheel of one of the city’s massive, bright yellow street-paver trucks and took it for a spin near Welsh and Axe Factory roads in Northeast Philadelphia.

It was part of the city’s effort to showcase its paving process, which is getting a revamp in the form of new paving equipment and a second paving crew (the city previously had just one crew, with 34 workers), thanks to funding allocated through Mayor Jim Kenney‘s six-year budget plan.

“This is a significant investment in our City’s infrastructure,” Kenney said in a statement on Tuesday. “Smooth streets are a win for every Philadelphian who travels by car, bike, bus or foot.”

Officials said on Tuesday that the Streets Department is on track to pave 101 miles of roadway during the current fiscal year. That’s with the help of the new paving crew, which will also have 34 members, bringing the total number of workers to 68. The city plans to add a third crew sometime in the next five years.

To check if your street or a street near you is on the city’s repaving list, click here, and know that it takes between three to five weeks on average to pave a street.

It’s an effort Johnson can get behind.

“The hard work by the highways crews does not go unnoticed,” the Eagles player said in a statement on Tuesday. “We all need to give back and Pave the Lane for our future.”

Lane Johnson was out here with us b4 working