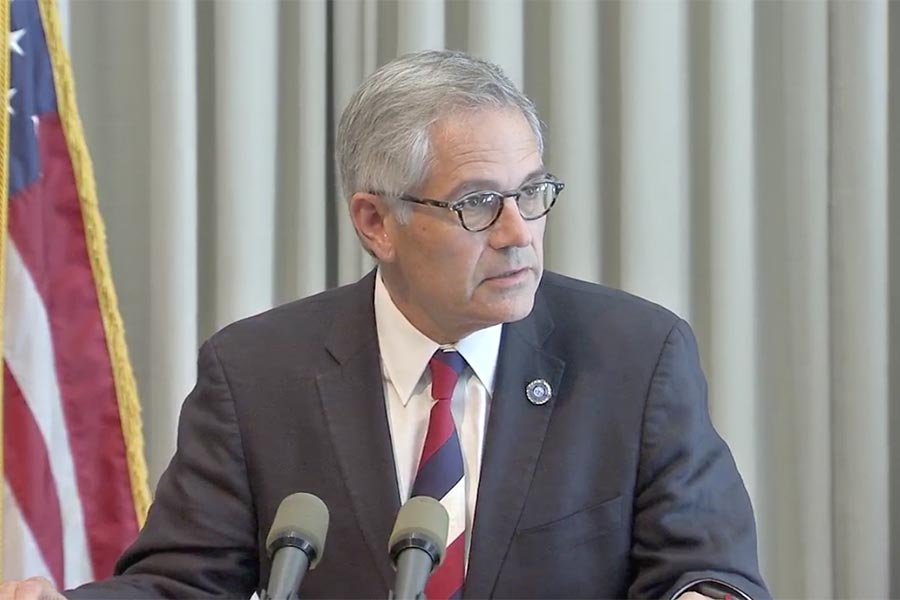 According to a grand jury presentment released by the DA’s office, Pownall encountered 30-year-old David Jones in North Philadelphia on June 8, 2017, when Jones was driving a dirt bike on city streets.

The grand jury says that after Pownall stopped and frisked Jones and found a gun, an altercation ensued. Pownall tried to shoot Jones, but his gun jammed. Jones took off, tossing his weapon, and the grand jury found that Pownall was aware that Jones had thrown his gun. Nevertheless, says the grand jury, Pownall fired into traffic and struck an unarmed and fleeing Jones, who died from his gunshot injuries.

Pownall, who was dismissed by the police department last year after the shooting, turned himself in to investigators on Tuesday morning. In addition to the homicide charge, the DA’s office is also charging him with possession of an instrument of crime and recklessly endangering another person.

Fraternal Order of Police president John McNesby has yet to respond to the indictment, which reportedly marks the first time that a Philadelphia police officer has been charged with homicide as the result of an on-duty shooting.

“The good news is that, overwhelmingly, in the city with the fourth-largest police force in the U.S., our officers do their jobs legally and perform heroically,” Krasner added.