Feds: We’ll Crack Down on a Safe Injection Site in Philly Immediately 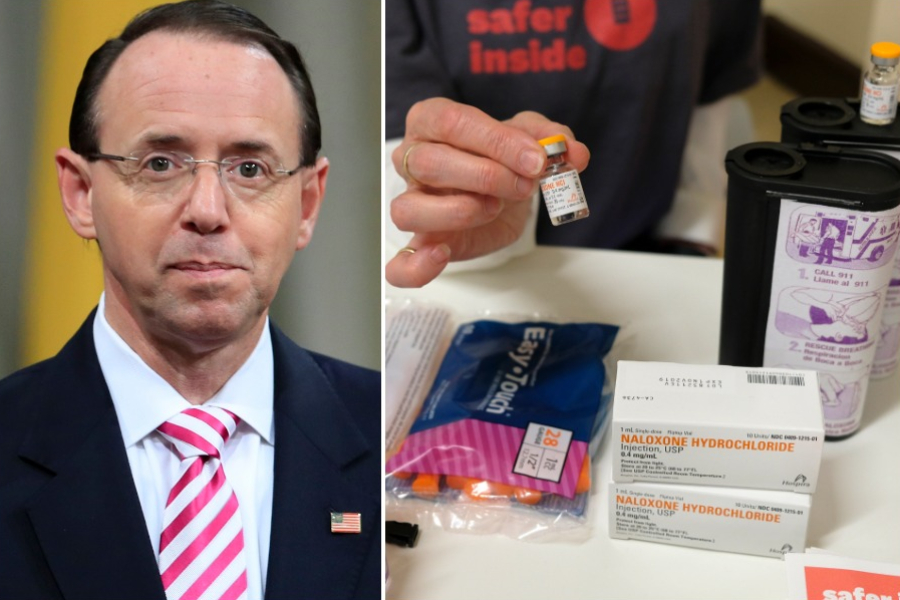 The Trump administration is not happy with Philadelphia’s plan to open a supervised injection site.

Months after the city first announced that intention, U.S. Deputy Attorney General Rod Rosenstein is now condemning any such proposal.

Rosenstein told WHYY that if Philadelphia were to open what the city calls a Comprehensive User Engagement Site (or CUES), where people can take drugs under medical supervision and seek treatment in a judgement-free zone (ideally), federal authorities would seek legal punishment almost immediately.

In a recent op-ed in The New York Times, Rosenstein condemned the concept of safe injection sites altogether.

“Unfortunately, some cities and counties are considering sponsoring centers where drug users can abuse dangerous illegal drugs with government help,” Rosenstein said. “Advocates euphemistically call them ‘safe injection sites,’ but they are very dangerous and would only make the opioid crisis worse.”

His criticism comes after cities across the country, like San Fransisco, New York, and Seattle, as well as states like Vermont, Colorado, Massachusetts, and Maine, have explored the possibility of opening such sites.

Rosenstein stresses that maintaining any location for the purpose of facilitating illicit drug use is a federal felony, and that violations are punishable by up to 20 years in prison, hefty fines, and forfeiture of the property.

“Because federal law clearly prohibits injection sites, cities and counties should expect the Department of Justice to meet the opening of any injection site with swift and aggressive action,” Rosenstein wrote.

The deputy attorney general told WHYY that federal officials are watching Philadelphia in particular, and that city leaders should expect legal action if they move forward with plans to open a CUES.

Local officials have stressed the need for a more radical solution to the overdose crisis in Philadelphia, where the overdose rate is greater than any other big city in the U.S. Officials expect that roughly 1,200 people died from drug overdoses in Philadelphia in 2017, four times the city’s murder rate that year.

Farley points to a Philly-conducted scientific review of supervised injection sites, which found that existing facilities (like in Vancouver) have not only reduced deaths from drug overdose but also prevented HIV, hepatitis C, and other infections.

Meanwhile, on Wednesday, dozens of protesters gathered at City Hall to declare their support for a supervised injection site. The demonstration included members of ACT UP, an advocacy group working to counter the AIDs pandemic.

Protesters criticized City Council members and other officials for their lag in presenting (and, in some cases, supporting) a comprehensive plan for a CUES site. They singled out Councilwoman Maria Quiñones-Sánchez, who has condemned the CUES proposal and said that such a site does not belong in her district. Her district includes Kensington, an epicenter of the opioid epidemic and obvious choice for a potential site.

“We are fighting for our lives,” ACT UP member Sam Sitrin said in a statement. “We will all be dead if we wait for Council to move. This protest is about one thing: stopping overdoses. No one has ever died at an overdose prevention site.”

Right now, it’s not clear what exactly a CUES site would look like in Philadelphia, and planning is in the very early stages. Officials told CBS3 that it could be another year before we have an idea what to expect.