His two-and-a-half hour performance at the Borgata this weekend puts most musicians these days to shame. 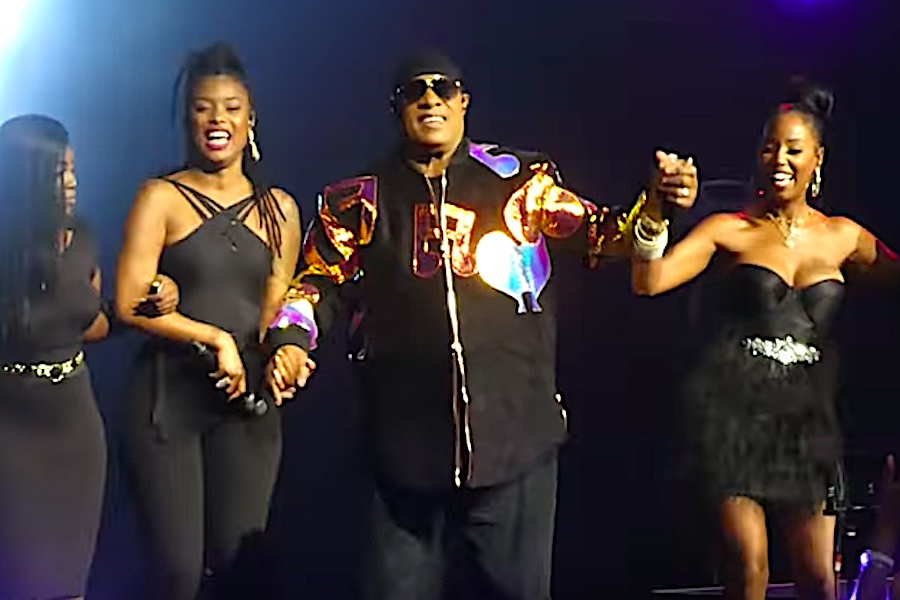 Stevie Wonder flanked by his backup singers and a guest singer, at his concert at the Borgata on Saturday. | Image via YouTube

Just a month ago, we gave the Borgata in Atlantic City the 2018 Best of Philly music venue award, saying that it’s the “best way to see big acts up close.” Never could the validity of this award have been more fully demonstrated than by the Stevie Wonder concert at the venue on Saturday night.

I had never seen Stevie Wonder before, so I really didn’t know what to expect. But when I got a chance to see this living legend in the Borgata’s 2,000-plus seat Event Center, I canceled all other plans. After all, when do you get to see true musical icons like Stevie Wonder in such a relatively intimate concert setting? 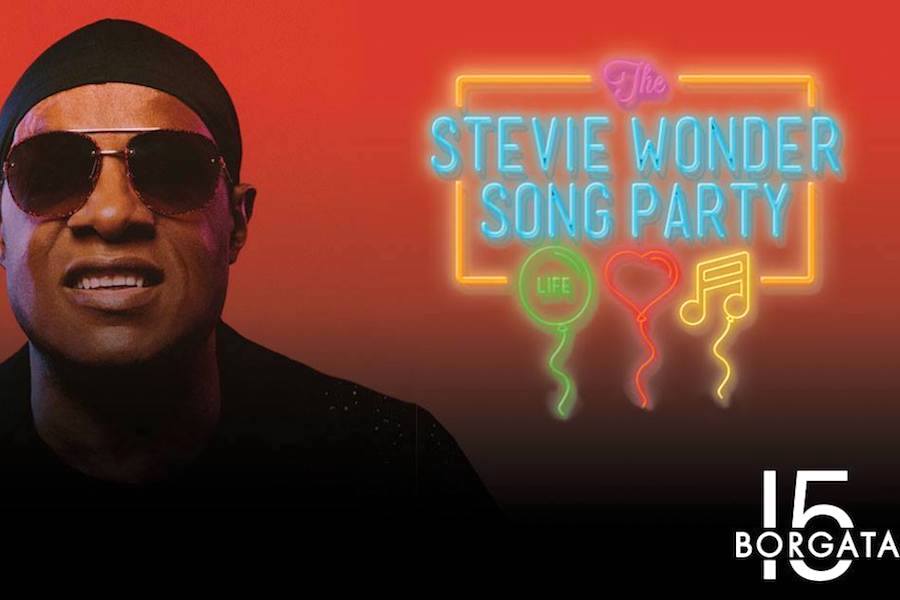 A promotional image for the Stevie Wonder concert at the Borgata.

The Stevie Wonder concert was part of the Borgata’s special 15-year-anniversary concert series (I feel so old!) — which also included our previously reviewed Dave Chappelle and Britney Spears events in that same lineup.

Well, I was completely blown away by the Stevie Wonder concert, and it seemed to me that most of the other people who were there — some of whom paid upwards of $500 per ticket (face value!) — were, too.

Obviously, the Stevie Wonder song catalog is excellent, so that’s a pretty good place to start. I can’t think of a hit that he didn’t play, and there were some lesser known tunes thrown in as well. Well, at least, I didn’t know them. But come to think of it, not only had I never been to a Stevie Wonder concert before, but I’ve never owned a Stevie Wonder album. For shame. (I’m about to hit eBay up for some vinyl right after this, I swear!)

The 10-person band, highlighted by Stevie Wonder’s longtime bass player Nate Watts, was, as they say, tight. Tight as can be.

The only member of the group who I thought didn’t really fit was the DJ. He did a fun opening set, and then some scratching and beatboxing during the concert itself. But he was a little too distracting with his constant efforts to hype up the crowd, especially considering we didn’t need to be hyped up. It was just unnecessary, whereas every other member of the band proved to be essential.

Now, you’re probably thinking that Stevie Wonder must be off his game. After all, he’s 68, and he’s been doing this for a long, long time, considering he entered the music biz when he was just 11. Eleven! (Now would be a good time to tell your kid to put down the Fortnite).

But, the man was on point.

His voice was strong. He was funny and engaging. Not surprisingly, he can still play a damn fine piano and electric keyboard. He also introduced me to an instrument I had never heard of before: the harpejji, a sort of tabletop hybrid between a piano, guitar, and harp. Below is a video of him performing John Lennon’s “Imagine” on the harpejji:

But the biggest thing that really impressed me about the Stevie Wonder concert was how “in the room” the man was. This was no canned performance. It felt like we were at his house party, making the name of the concert — the Stevie Wonder Song Party — pretty apt. It felt fun and impromptu. Hell, even Mayor Kenney looked like he was having fun. (He had slightly better seats than me.)

Shortly after the show began, he paid tribute to John McCain. News of McCain’s death broke just before the concert started, and it was obvious that most of the crowd hadn’t heard about it, based on their reaction.

“I wanted to see him before he left this planet, but I didn’t see him,” Wonder told the crowd. “I didn’t get the chance. But he grew to know compassion was not about any political party. It was about loving people for just the way they are.”

And so then, he started playing Billy Joel’s “Just the Way You Are” — well, until he forgot how it went. The crowd laughed. There were other flubs, too. It seemed like he started one song in the wrong key, so he stopped and made a joke about it and then started over. Sure, you could argue that these mistakes would detract from a performance. But they simply didn’t. They just made it all feel more real.

He introduced every one of the members of his band by name. He called on all of us to come together in love to fix the world. He wished us peace. He was as gracious as could be. I could go on and on. Stevie Wonder is as much of a class act as they come.

Whether you’ve been to a Stevie Wonder concert before or not, I’d say that his concerts this weekend in Baltimore are well worth the drive. And if you’re a performer, all the more so. You owe it to yourself — and your audience — to let Stevie Wonder show you how it’s done.