Soon, your Flyers and Sixers games will be powered by a massive wind farm all the way in Illinois. 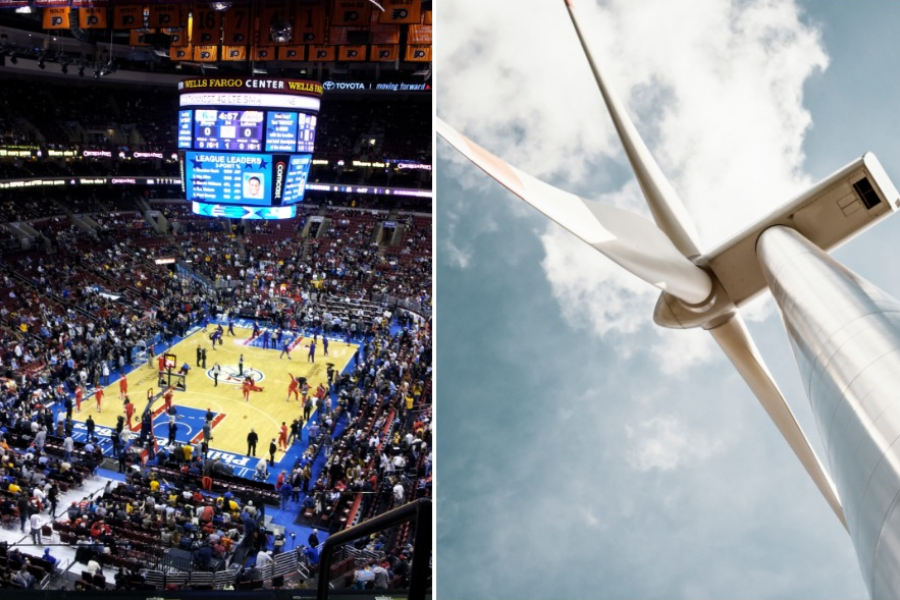 The Wells Fargo Center — and the Flyers and Sixers games it hosts — will soon make one big leap into the future.

The South Philadelphia arena is shifting toward renewable energy, and soon enough, it will be powered by entirely by wind.

The move is part of a just-announced deal between Comcast Spectator (which owns the Wells Fargo Center) and energy company Constellation, an Exelon subsidiary. It comes in conjunction with Comcast Spectator’s major $250 million arena renovation, which began this summer.

According to Constellation, the Wells Fargo Center’s switch to 100 percent renewable energy will prevent the emission of more than 14,000 metric tons of greenhouse gas annually. For those who don’t exactly know what that means, it’s equivalent to removing nearly 4,000 passenger vehicles from the road, per the company.

“As we envision a future with 100 percent renewable energy, projects like this are important in helping us get there,” Comcast NBCUniversity’s chief sustainability officer Susan Jin Davis said in a statement. “And when we look at ways to reduce our carbon footprint, we know energy is one of our biggest areas of opportunity, so this is another great example of finding solutions to be more environmentally responsible.”

It’s not exactly clear when the full switch will take place — Constellation did not immediately an inquiry on Tuesday afternoon.

The company will supply the Wells Fargo Center with power via HillTopper Wind Farm in Logan County, Illinois. The company purchased a 9-megawatt portion of the farm through a separate long-term agreement with HillTopper project owner Enel Green Power. Construction on the massive wind farm began in April — and it’s expected to enter into serve by the end of 2018.

Concert and sports fans will notice the renovation’s first changes this fall, when the Wells Fargo Center will feature a new mezzanine level. The upgrade will include widened concourse hallways, new locker rooms, digital screens and lounges.

The full arena makeover is expected to wrap up in 2021.