At a town hall on Monday, Wagner said he would consider legislation to ban same-sex marriage. Less than 24 hours later, he said he’d veto any such bill. 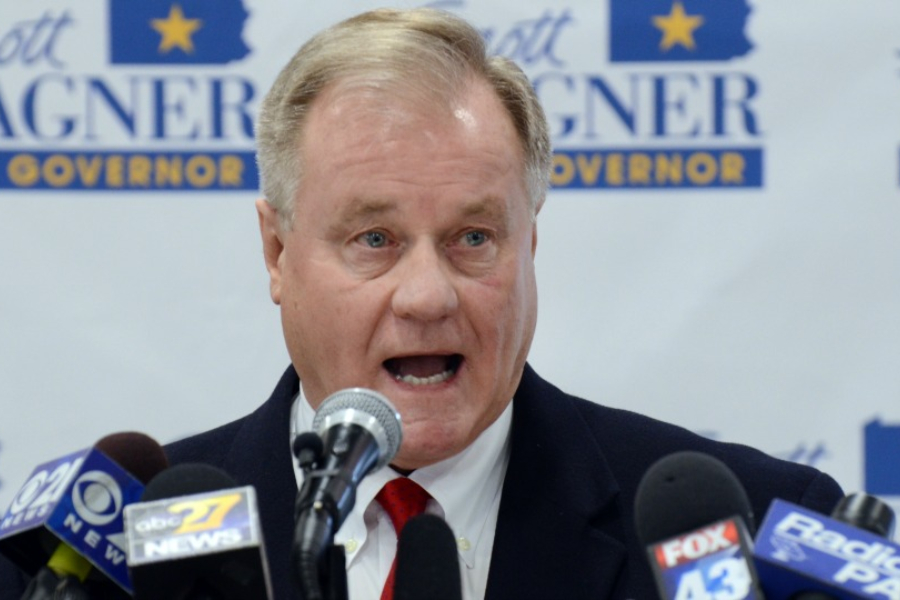 At a town-hall meeting in Erie, Pennsylvania, on Monday, Republican gubernatorial nominee Scott Wagner said he would consider a bill that would make gay marriage illegal in the state.

Democrats and residents were quick to criticize his response. A spokesperson for Democratic Gov. Tom Wolf’s reelection campaign said Wagner’s statement made it clear that the candidate would “take Pennsylvania backwards.”

But now, Wagner’s campaign says that he was just “caught of guard” by the question.

On Tuesday morning, Wagner campaign spokesperson Andrew Romeo said the candidate would “veto any bill that would restrict marriage rights for same-sex couples.”

Romeo said Wagner was “willing to lose the primary to protect the rights of the LGBTQ community.”

We’re not exactly sure what that means, seeing as Wagner won the primary. In a follow-up, Romeo said Wagner was “attacked” (likely by Republicans who staunchly oppose same-sex marriage) for his 2016 decision to support a bill that would offer workplace and other protections for LGBTQ residents, shortly after the Pulse Nightclub shooting.

Wagner’s statement on Monday came during a Q&A with his running-mate, Jeff Bartos, when an attendee who identified himself as Catholic asked Wagner whether he would “consider putting pressure and using [his] influence on the [Pennsylvania House of Representatives] to craft a bill that would eliminate the recognition and benefits” of same-sex marriage.

Wagner answered by saying that, if elected governor, he wouldn’t “be driving that agenda.”

“That’ll be a House or Senate bill that will drive that agenda,” Wagner said. “And I’ll have to see when it gets to my desk for that answer.”

“I have policy people in place and you’re asking a question – I’m going to be honest with you tonight,” he continued. “The process is a bill would come to the House or Senate to my desk and I would have to give that consideration. I don’t have the answer tonight. But I can follow up with you.”

In response, Wolf campaign communications director Beth Melena said Wagner is “clearly not up for the job” of standing up “for everyone in the commonwealth, including those in our LGBTQ community.”

“Scott Wagner saying he would consider signing a bill that would make same sex marriage illegal in Pennsylvania is an absolute disgrace,” Melena said.

To be clear, many politicians often give vague answers or vow to take a wait-and-see approach (similar to Wagner’s) when asked whether they would push or approve a contentious agenda. But Democrats criticized Wagner’s initial wishy-washiness on such a hard-won landmark for the LGBTQ community.

He is basically saying that as our Governer he would consider ignoring rulings on marriage rendered by the United States Supreme Court, thereby unnecessarily exposing the Commonwealth to costly litigation, which it will ultimately lose. Thanks @realScottWagner

This is exactly why it's so critical that we have leaders like Governor Wolf in office who be the last line of defense against anti-LGBTQ policies.

Wagner and Wolf will face off in the general election this November. Because we live in a strange, strange world, Jeopardy! host Alex Trebeck will monitor a debate between the candidates on October 1st at the 34th Annual Chamber Dinner gubernatorial debate at Hershey Lodge.

This story has been updated to reflect the statement from Wagner’s campaign.