The mayor told TMZ his Week 1 starter choice — but then conceded that he’s “not Doug Pederson, of course.” 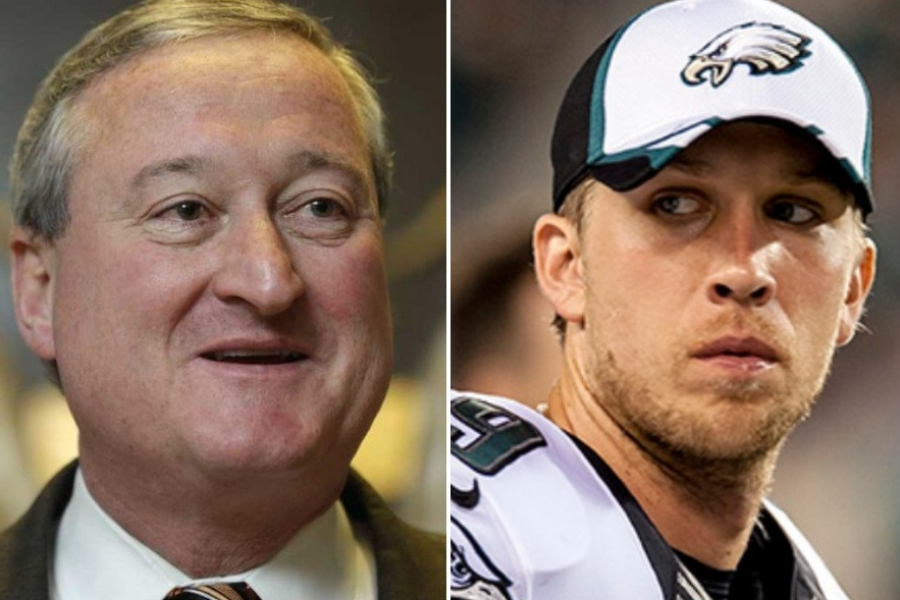 Eagles coach Doug Pederson isn’t sure whether Carson Wentz or Super Bowl MVP Nick Foles should start as quarterback for the first game of the season next month. But Mayor Jim Kenney is.

Speaking to TMZ on Monday (yes, TMZ), Kenney said he wants to see Foles on the field when the Birds face off against the Atlanta Falcons on September 6th.

“I would rather Foles,” Kenney told TMZ, before conceding that, “I’m not Doug Pederson, of course.”

But it’s no offense to Wentz, Kenney said. He just wants to make sure Wentz is fully recovered from his knee injury before he gets back on the field. (Wentz recently told Angelo Cataldi of 94 WIP that his recovery is “gonna be close” to Week 1.)

“Knee injuries are strange,” Kenney said. “You need to make sure that they’re fully recovered before [Wentz starts]. I know Wentz will be champing at the bit to start, and that’s a good environment to be in, that they will both want to start. But I think just to be safe, Foles probably.”

Whether or not Kenney’s wish comes trues, it’s looking like our beloved Foles will face off against number-one enemy Tom Brady in a preseason game this week. Foles will play his first game since the Super Bowl on Thursday, when the Eagles challenge the New England Patriots in Foxborough, Mass.

Will Brady finally shake Foles’s hand? Will he give Foles a much-overdue congratulations? Who knows. (Probably not.) But Foles told Philly.com that there will be no room for “reminiscing” at the game.

“This is a new season, new people, new players,” Foles told the news outlet. “We wear the same logos as last year, but we both have a new identity.”

Meanwhile, Kenney thinks the Eagles are “stronger than they were last year” and has high hopes for season: He told he told TMZ that he wouldn’t “jinx” the team by saying for sure they’ll win the Super Bowl. (He’s known to be pretty superstitious when it comes to the Eagles.)

“But they’re certainly going to be in the hunt, and they’ve got a good shot at repeating,” Kenney said.

Watch the full TMZ interview below.