Head hanging down, “Tom Terrific” showed his true colors after the game. 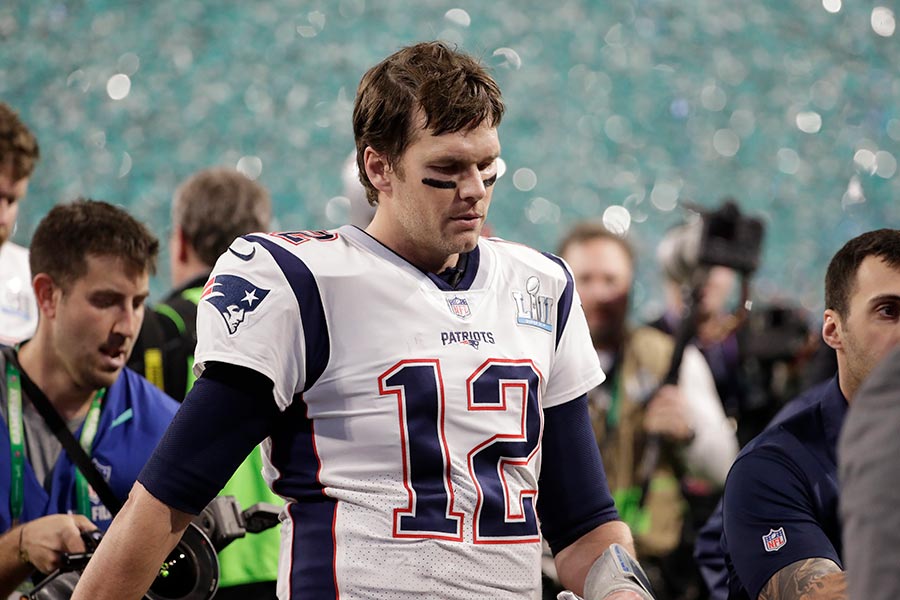 “If you can’t accept losing, you can’t win,” legendary football coach Vince Lombardi poignantly once said while in the throes of defeat. New England Patriots quarterback Tom Brady may have won the trophy bearing Lombardi’s name a record five times, but the 40-year-old signal caller still has a thing or two to learn about sportsmanship judging by his actions Sunday night.

As if Philadelphia needed any more reason to hate this Ugg-wearing, son-kissing pretty boy, Brady – too big for his britches – snubbed Super Bowl MVP Nick Foles after the game.

Instead of engaging in the customary postgame handshake with his more formidable opponent, Brady instead hightailed it to the locker room with his head hung low. We’re likely to hear how this was only a mental slip with no deeper meaning whatsoever, but we all know better than that. “Tom Terrific” is a sore loser who doesn’t even have the common decency to give credit where it’s due.

Maybe Gisele might want to include little Tommy when giving their kids life lessons?

Gisele Bündchen, Tom Brady’s wife, turned New England’s 41-33 loss into a teaching moment for their children — two of whom were crying after the game. https://t.co/wKatPcqRZV #SuperBowl pic.twitter.com/zQuKtdGH69