There’s Nothing Wrong With Fortnite. Parents Are the Problem.

Oh, so little Forest is “addicted” to a video game? Whose fault is that? 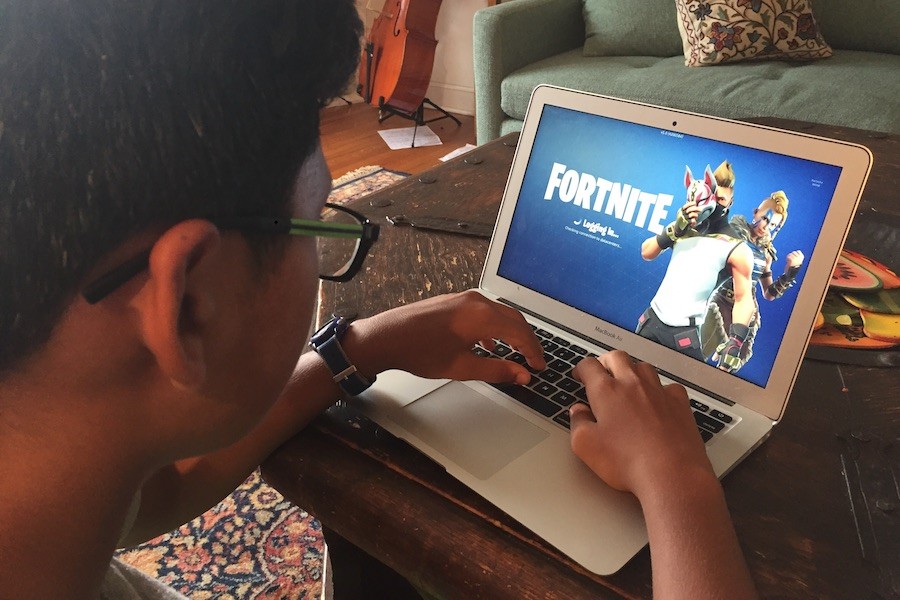 It’s just over one month into Summer 2018, and there are a lot of parents of school-age kids going crazy right now trying to occupy, tame or otherwise attempt to rear their offspring. And one of the biggest things that parents are complaining, concerned, or hysterical about right now is the mononymous menace known as Fortnite.

I’ve been hearing quite a bit about Fortnite over the last month or so.

There have been some emails sent around by parents we know to the effect of “DON’T LET YOUR KIDS PLAY FORTNITE!!!” — sort of in the vein of Tipper Gore taking on Van Halen and Twisted Sister back in the ’80s.

Then last week at Starcade in Atlantic City, where the awesome arcade’s lineup includes mostly vintage video games and pinball machines but also a Fortnite setup, a mother of a tween boy told him he wasn’t allowed to play Fortnite but she had no explanation as to why.

And just over this weekend, a friend of my kids said Fortnite is forbidden in his house but couldn’t provide any reasons for this. “I’m just not allowed,” he told me.

It seems that this 2017 video game has simply become the latest target of parental overkill, just as its creators salivate over the most recent earnings reports, which indicate that the video game has surpassed $1 billion in sales. Shazam!

Parents are concerned about two things when it comes to Fortnite: violence and addiction. And, hey, those are two very scary words.

But do we really need to be scared of Fortnite?

Let’s start with the violence. I downloaded the game to see just how horrifyingly violent Fortnite is.

OK, so if you’re raising your kids as hardcore pacifist Mennonites, Fortnite might not be for you. There is killing in it, and if you’re simply against all depictions of killing, don’t download Fortnite. (Does Pac-Man eating the ghosts count?)

The whole point of Fortnite is survival. You’re dropped onto an island with other people, and the winner is the last person standing. You get to be that last person standing by offing other players and by avoiding being offed yourself. Kill or be killed, whether with an axe, a gun, a grenade, or a booby trap.

The violence itself is cartoonish. Rocky is far more gory. There are dozens of killings in the original Star Wars movie, and Lord of the Rings: Return of the King is estimated to have a body count well over 800. And in the old board game Risk, you wipe out entire battalions of soldiers with a simple dice roll.

So I really don’t see the problem here, assuming you’re not of the mindset that kids shoot up schools simply because they have access to cartoon guns in video games.

But more than the violence, parents think that their kids are going to become addicted to Fortnite.

Why, just a few days ago, the Washington Post ran a whole big thing on professional sports teams worried that their adult players are playing too much Fortnite and becoming at risk for Fortnite addiction. The New York Times has likewise chronicled the Fortnite addiction crisis.

I can certainly see how Fortnite could become addictive. It’s tremendously fun, ingeniously designed, and easy to learn. What’s not to like?

Of course, we as parents are supposed to have some sort of influence over how our kids spend their time, right? If your kid is addicted to Fortnite, it’s not because of some sinister programming trick or subliminal messages whispering “Play Fortnite.”

It’s because you as a parent have failed.

I am shocked by the amount of unsupervised time that parents allow their children to have on computers and video games. Preteens who don’t just have phones but carry them with them at all times, even bring them to bed. Kids in restaurants glued to tablets. I know kids who play video games for hours upon hours in the summer, and it’s not like the games go away once the school year starts.

In my house, we have an old Xbox that somebody gifted to us used a few years ago. And we have the original Wii. And my kids, 11 and 12, are lucky if they get more than 30 minutes each on a given day in the summer.

Don’t get me wrong: My kids would love to play more video games. And they ask to do so.

Here’s an idea. The next time your kid asks you if they can go play Fortnite — well, that’s assuming that you’re even practicing such basic protocols of permission requesting and granting in your household, and if you aren’t, I can’t help you — say no.

But don’t just say no. Offer other activities.

We’ve been playing some fiercely competitive table games this summer, the kind that don’t require an electrical outlet or access to the Internet. We play Scrabble, lots of card games, Yahtzee, and newfangled board games like Splendor. (One game I refuse to play with them: Clue. What a bore!)

Some other ideas that work for us: Go for a hike or take a walk around the neighborhood. Set up a music program like Garage Band on the computer (not all things computerized are evil) and make some tunes. Start a family book club. Redecorate their rooms. Visit a museum. Go on a thrift-store shopping spree. Do a service project. Paint a picture. Learn how to cook Thai food. Or organize a yard sale, something we’re working on right now as a family.

Just don’t be surprised after you’ve raked in a few hundred dollars this Saturday at your yard sale when Forest comes up to you and asks if she can use half the money for in-app Fortnite purchases. I think you know what to say … Right?