ICE Protesters in Philly Aren’t Going Away Quietly — Or Soon

Yet again, they're bringing their concerns straight to Mayor Jim Kenney. Protesters’s tents and signs outside of City Hall. | Photos by Claire Sasko

Earlier this month, police — using bikes to push down tents and canopies — raided an ICE encampment set up by protesters, arresting demonstrators and issuing citations. After, protesters set up shop at City Hall — but the raid didn’t stop them from paying ICE another visit.

The march, from the office at 8th and Cherry streets to the indefinite encampment at City Hall, is calling for the abolishment of the ICE agency, a subsidiary of the Department of Homeland Security founded in 2003 that has recently come under increased criticism over the separation of undocumented immigrants and their children at the border. They are also seeking a clear stance on the matter from Mayor Kenney, who last year celebrated a district judge’s decision that the federal government could not withhold funds over the city’s sanctuary city policies — but has continued allowing the city to share arrest data with ICE.

They are chanting Abolish ICE and Shut Down Berks. pic.twitter.com/Ax8SOcvoJ6

Protesters chanted “abolish ICE” and “shut down Berks” along the march through Chinatown, some wearing shirts that read “End PARS,” short for Preliminary Arraignment Reporting System — which, since 2008, the city has given ICE access to arrest data for a fee.

The city’s contract with ICE renews yearly on August 31st. With that date a month and a half away, the march is a sign that protesters are prepared to keep their jeremiads front and center until then.

PARS is managed by the police, the District Attorney’s Office, and the First Judicial District — two of three must sign off on a renewal. DA Larry Krasner has already signaled his unwillingness to do so. Mayor Kenney has the final say on the Police Department’s vote, but has gone radio silent — even after meeting anti-ICE protesters and immigrant advocates earlier this July. 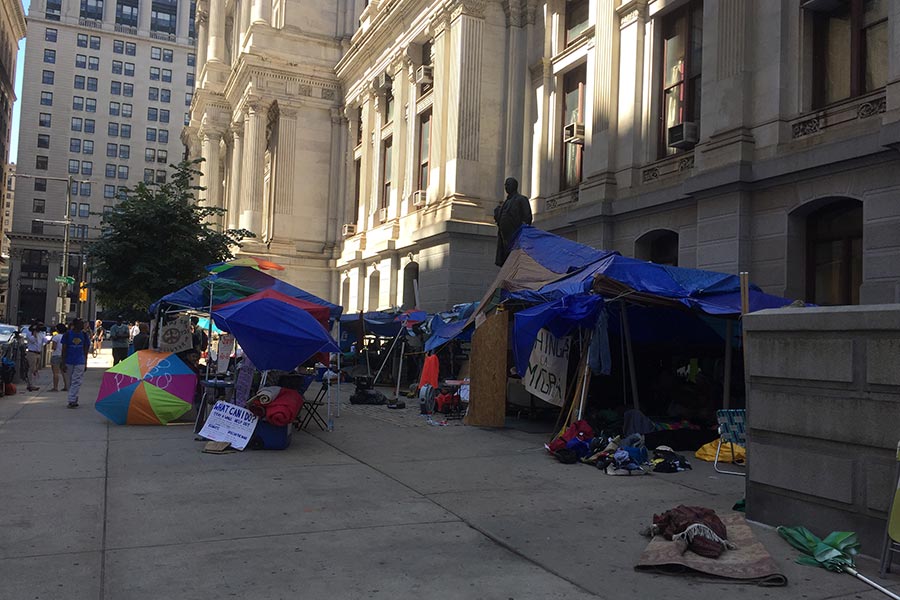 “Mayor Kenney has called Philadelphia a Sanctuary City,” said Deborah Rose, a protester and participant in Wednesday’s showing. “Marching and being present at City Hall is one way to make the mayor accountable to follow through on that commitment and end collaboration with ICE.”