Former weatherman John Bolaris called the death of 37-year-old Sean Schellenger, whom he had just finished having dinner with late Thursday night, a “loss for the city.” 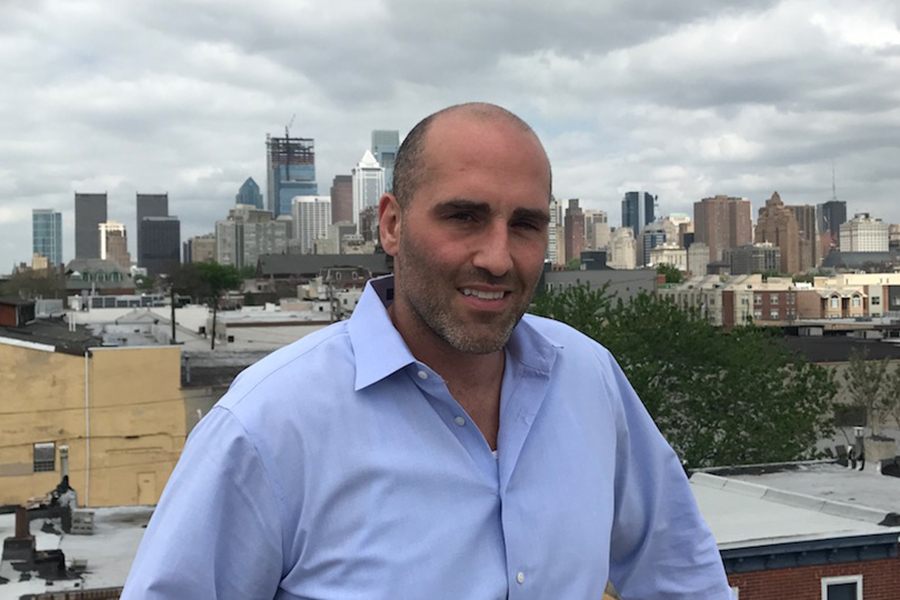 Developer Sean Schellenger on the roof deck of one of his projects in Point Breeze. | Photo by Sandy Smith

Sean Schellenger, a 37-year-old real estate developer and owner of Streamline Solutions, was stabbed late Thursday night near Rittenhouse Square in what police are calling a possible road rage altercation.

Authorities say the incident occurred around 11 p.m. at the intersection of 17th and Chancellor streets. Philadelphia Police chief inspector Scott Small told 6ABC that officers responded to multiple calls regarding a stabbing and found a victim lying in the road, bleeding heavily. The man was rushed to Jefferson University Hospital and pronounced dead 20 minutes later.

Former weatherman John Bolaris, a real estate agent and friend of Schellenger’s, posted to Facebook about the stabbing on Friday morning, identifying Schellenger as the victim. The Medical Examiner’s Office confirmed to Philadelphia magazine that Schellenger died of a stab wound to the back on Thursday evening.

According to Bolaris and reported witness accounts, Schellenger was traveling as a passenger with two other men in a vehicle around 11 p.m. Police say Schellenger and the two other men got out of the vehicle to try to address a traffic issue before the man on the bike approached. After an altercation between the man on the bike and Schellenger turned physical, the suspect allegedly pulled out a large knife, which Bolaris called a “Rambo knife,” and stabbed the victim in the back.

Small told CBS3 that the incident likely “started as some sort of argument, possibly over congestion and traffic.”

The suspect reportedly ran off, leaving behind his bike and a food delivery bag. He’s described as a 6-foot-tall, light-skinned black man with a medium build, wearing a white shirt and black shorts. He was last seen heading northbound from the scene of the crime.

Bolaris said he was at Rittenhouse restaurant Rouge with Schellenger just 30 minutes before the stabbing occurred and that the duo had planned a real estate tour in Villanova on Friday. He said the information was “hard to comprehend” on Friday morning.

“When you’re exchanging hugs, getting ready to do a real estate tour and everyone is in a great mood, and then you leave at 10:30 [p.m.] and find out that Sean is dead, stabbed to death near Rittenhouse Square a half hour later, it just shocks you,” Bolaris said. “It was a beautiful night, everything’s great, everyone’s happy — its’ not like you’re in a seedy place doing something you shouldn’t be — you’re there in Rittenhouse Square with business partners, friends, exchanging hugs.”

Bolaris said he remembers Schellenger as a “difference-maker in Philadelphia” who “was always smiling.”

The incident is under investigation. Anyone with information can submit a tip to 215-686-TIPS (8477).