Peruto: “I Did Not Speak Ill” of Meek Mill Judge

Philly lawyer Chuck Peruto pushes back against a report that he was criticizing a client, Judge Genece Brinkley, in an audio excerpt that surfaced last week. 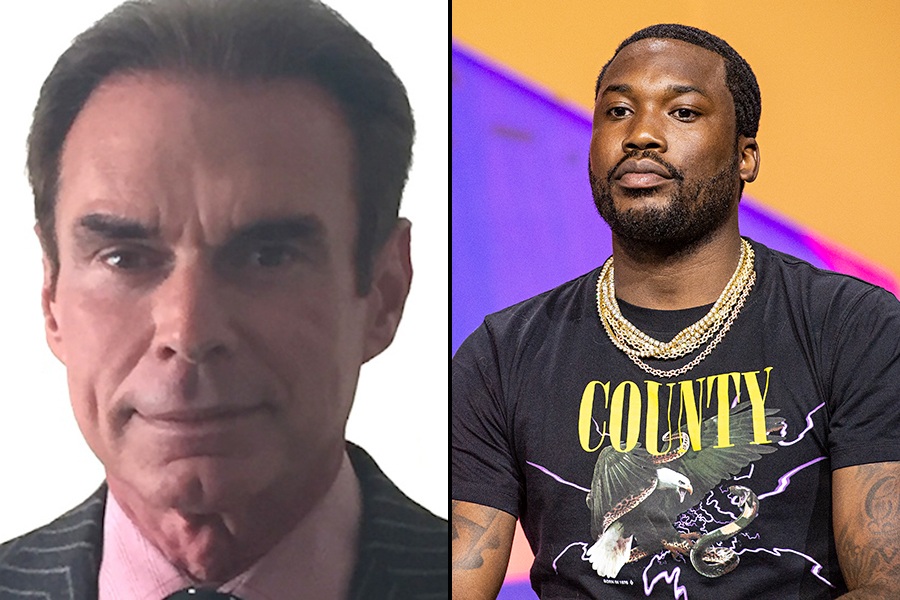 That article, “Philly Judge Genece Brinkley’s lawyer on tape: Meek Mill should have gotten new trial,” published by the Philadelphia Inquirer on July 3rd, quotes Peruto criticizing Brinkley’s decision-making in the ongoing case involving the Philadelphia rapper, who has been fighting a legal battle for his freedom ever since Brinkley tossed him in jail last November for repeated violations of a probation stemming from a January 2007 arrest and subsequent conviction.

That the judge actually sought a lawyer at all, ostensibly to protect her from the claims of a defendant, gives some sense of how weird this story has become. Mill has held public rallies outside the Criminal Justice Center, and his defense team’s attacks on Brinkley were so severe — alleging she had a personal “vendetta” against him, for instance — that she felt compelled to seek counsel. Peruto was and is that guy, and now he’s at the center of this new strangeness.

The Inquirer says the recording of Peruto criticizing the judge was supplied by a “Mill supporter” but originated from audio captured in May by a mic Peruto didn’t know was live after what he thought was the end of an interview he had given for an Amazon documentary series about the rapper’s case. What’s intriguing is that the quotes attributed to Peruto echo comments the lawyer made to Philadelphia magazine during the reporting of a story that was published in its July issue and in follow-ups after the judge issued a recent decision against Mill — but in a context so different that his meaning is changed entirely.

For instance, Peruto did mention to Philadelphia that Brinkley “looks bad” for not granting a recent request by the rapper that he receive a new trial. That request was based on allegations against the officer central to his initial arrest, Reginald Graham, whose credibility was called into question by a Philadelphia Police Department Internal Affairs investigation. Philadelphia DA Larry Krasner has even put forward his support for the idea that Mill should receive a new trial. Peruto, however, couched that comment in very specific terms: Brinkley looked bad, he’d said, through the lens of public opinion. However, he’d maintained in comments both on and off the record that he thought she was on “absolutely sound legal footing” when she rejected the rapper’s petition for a new trial.

“The defense has not proven their case,” he’d said, “and the law requires them to prove that a new trial is warranted.”

Peruto, during a phone interview conducted after the Inquirer story ran, agreed to place his previous background comments to the magazine on the record, meaning he’d permit them to be published, and alleged that he believes the audio supplied to the city’s newspaper of record might have been edited. “I did not speak ill of the judge’s legal decisions,” he says. “I admire her.”

Of course it’s also possible that Peruto simply screwed up, speaking intemperately and without the nuance he employed in past interviews. In fact, the most salacious comment attributed to Peruto — that if he were the judge he’d have granted a new trial — was something the attorney put to Philadelphia in a positive light. “I would just say, the defense and the prosecution agree, fine — bye-bye. But that’s not this judge. … She’s going to follow the letter of the law, and she does not believe due diligence has been exercised here or that the case for a new trial is legitimate.”

The gist of Peruto’s comments to Philadelphia is clear: He would have taken the easy road and washed his hands of the controversial case, but Brinkley was taking the more high-minded and arduous path.

Much of the controversy around Mill’s case involves Graham, who was determined by an Internal Affairs Investigation to have lied to the F.B.I. about stealing money in his role as a narcotics cop. In the magazine’s July story, Graham adamantly denies all the allegations against him and stands by his testimony, years ago, against Mill. In her opinion rejecting the rapper’s petition for a new trial, Brinkley exposed how little due diligence anyone has done in researching both the Meek Mill case and the allegations against Graham, even quoting her exchange with an assistant district attorney who admitted that the DA’s office had not called Graham, his attorney, other officers involved in the arrest of Mill, or a police officer named Alphonso Jett, whose interview with federal authorities is described at length in the magazine’s article and appears to exonerate Graham of the central allegation of theft made against him.

Now it’s Peruto’s turn in the hot seat, and he isn’t happy about it. For one thing, he says, “The people who interviewed me never disclosed that they were in partnership with Meek Mill’s record label,” he says. (The series is being made in conjunction with Jay-Z’s Roc Nation, Mill’s management company.) “I thought they were independent, legitimate journalists solely associated with Amazon.”

For what it’s worth, Mike Neilon, a former 6 ABC journalist and current vice president at Bellevue Communications, says he was contacted by a couple of people from the Amazon series who wanted to interview Fraternal Order of Police president John McNesby, one of Neilon’s clients, but that neither divulged that they were in partnership with Roc Nation.

There’s more: Peruto adds that he has never previously been subjected to “personal attack” for his work as an attorney, but he says he’s been told that a past client and a past girlfriend have been approached by private investigators, seeking “dirt” on him. In one instance, the PI allegedly identified themselves as working on “the Meek Mill case.”

“It’s unprecedented,” he says. “It would make no difference to their legal argument to get negative information about me, so this is just an attempt to embarrass and destroy me. For what? It’s about making every choice the judge makes disgraceful, including her choice of counsel.”