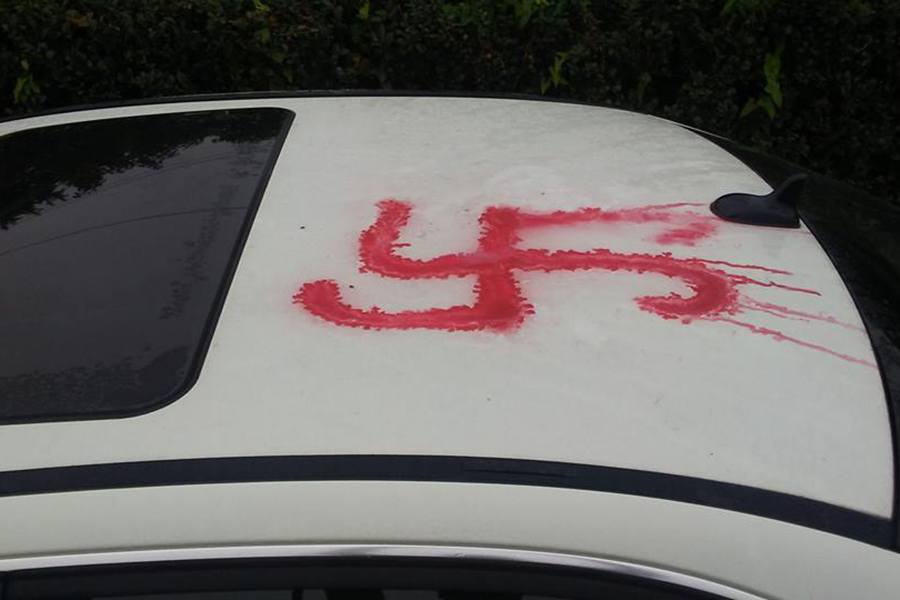 George Rissell, the Coatesville man who was arrested for spray-painting anti-Semitic and racist messages in several locations in Chester County last summer, has been sentenced to seven to 14 years in state prison.

According to the Inquirer, Rissell, 25, said he had consumed an entire 750 milliliter bottle of Everclear grain alcohol, shots of coconut rum, and six high-dosage “bars” of Xanax on the night he spray-painted things like the N-word, the white supremacy reference “14/88,” and a swastika on the car of a black woman who lived down the road from him.

The newspaper reports that in handing down Rissell’s sentence, Chester County Judge Patrick Carmody said “being drunk, that doesn’t excuse being racist …You’re both trying to scare [people] and you’re trying to incite violence.”

Rissell reportedly apologized before his sentencing, calling the Graffiti a “horribly ignorant crime” and “the dumbest thing I’ve ever done.” He said he had been indoctrinated by the hate group Aryan Brotherhood while serving past prison sentences.

State legislators last summer condemned the racist graffiti, which came less than two weeks after after white supremacists and neo-Nazis spurred violence at a rally in Charlottesville, Va.