Nick Foles’s Memoir, “Believe It,” Is Already a Best Seller

The Super Bowl MVP is doing two signings in the Philly area on Thursday. 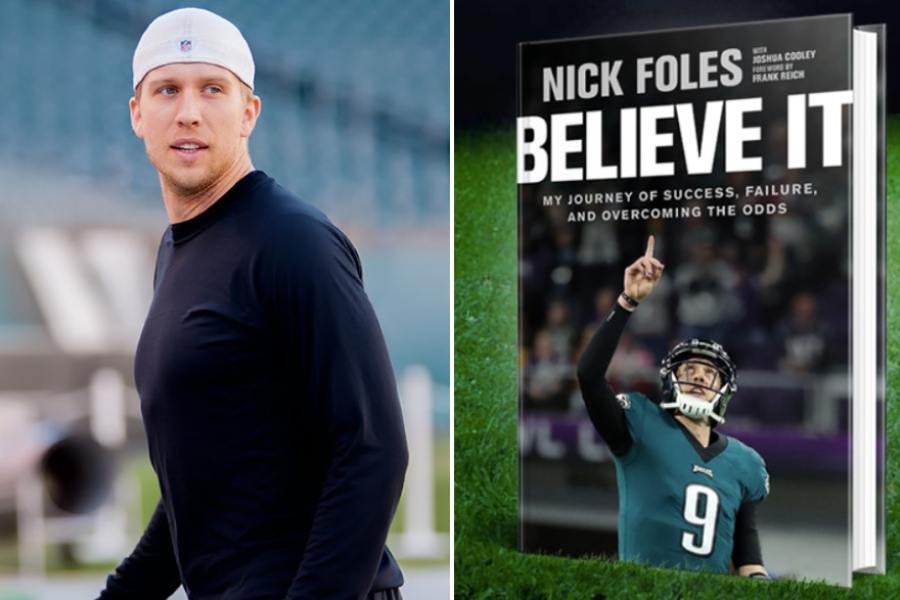 Super Bowl MVP Nick Foles has penned his very own underdog story — and as of this week, you can pick up a copy.

Foles’s new memoir, Believe It: My Journey of Success, Failure and Overcoming the Odds, hit the shelves on Tuesday. The book, which offers an inside look at the Eagles backup quarterback’s unlikely journey to winning the big game, is already a best seller on Amazon.

Foles kicked off a book signing tour on Monday — and you still have time to meet him. He’s stopping at several book stores in the area on Thursday, Friday and Saturday, including the Sam’s Club at 1000 Franklin Mills Circle in Northeast Philadelphia from 11 a.m. to 1 p.m. on Thursday and the Doylestown Bookshop at 16 South Main Street in Doylestown from 2:30 p.m. to 4:30 p.m. on Thursday. You can find a full list of dates and locations here.

Here’s how the publisher, the Christian firm Tyndale House, describes the tome:

“In ‘Believe It,’ Nick shares the full, unvarnished story behind his unlikely path to Super Bowl glory, the challenges that threatened to hold him back, what brought him to the verge of retirement, what made him come back, and the faith that both grounded and guided him every step of the way.

How did Nick Foles get it done—winning Super Bowl MVP honors, silencing the critics, and shocking the world? How did the man who was on the verge of retiring just two seasons earlier stay optimistic and rally the team to an astounding win? How did he stay ready despite numerous trades and discouraging injuries, able to step up in the moment and perform at the top of his game?”

Foles appeared on Good Morning America live in Times Square to talk about “Believe It” this week. He said gearing up to face Patriots quarterback Tom Brady was “probably the two toughest weeks of football I’ve gone into preparation for.” We commend you, Nick Foles. And we thank you.

Nick Foles reflects on his new book “Believe It” pic.twitter.com/Qq5p6OK4zR