Philly Socialists and other activist groups are calling on the DA to drop all charges against ReeAnna Segin. 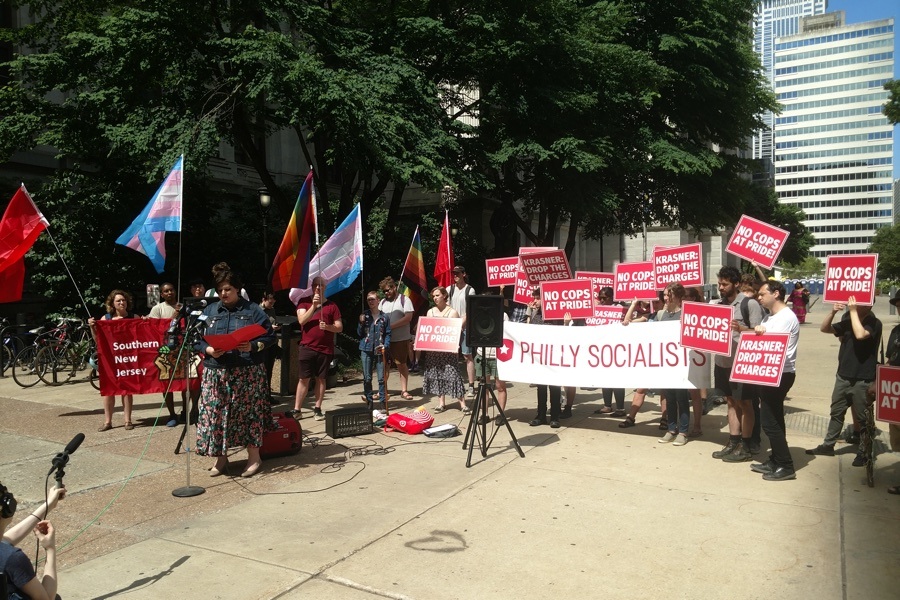 On Wednesday morning, Philly Socialists, alongside activist groups the Black and Brown Workers Cooperative and Philly for REAL Justice Coalition, held a press conference outside City Hall denouncing police involvement at Philly Pride events and calling for all charges to be dropped against trans activist ReeAnna Segin.

Segin, 20, was arrested in the Gayborhood after being accused of trying to light a “Blue Lives Matter” flag on fire in a crowd during the Philly Pride parade on June 10th. The Philadelphia District Attorney’s Office has dropped felony charges related to the incident, included attempted arson and risking a catastrophe, but Segin still faces misdemeanor charges of possession of an instrument of crime and recklessly endangering another person.

“I think it’s time people start listening to trans people and not the police force’s manipulations,” Segin told Philadelphia magazine in an interview prior to the press conference, in which she discussed being held in a men’s prison overnight following her arrest. “If the police are only at Pride to protect us, why would they put trans women in men’s prisons? The police are an oppressive force and nothing more. We need to return Pride to its radical roots and make it a display of righteous queer anger.”

A Philadelphia Police spokesperson said the department has no comment on the protesters’ demands. DA’s office spokesman Ben Waxman said “This is still a pending case, so we have no comment at this time.”

You can watch the press conference below on G Philly’s Facebook Live: