The saga surrounding the general manager of the 76ers and some anonymous Twitter accounts continues. 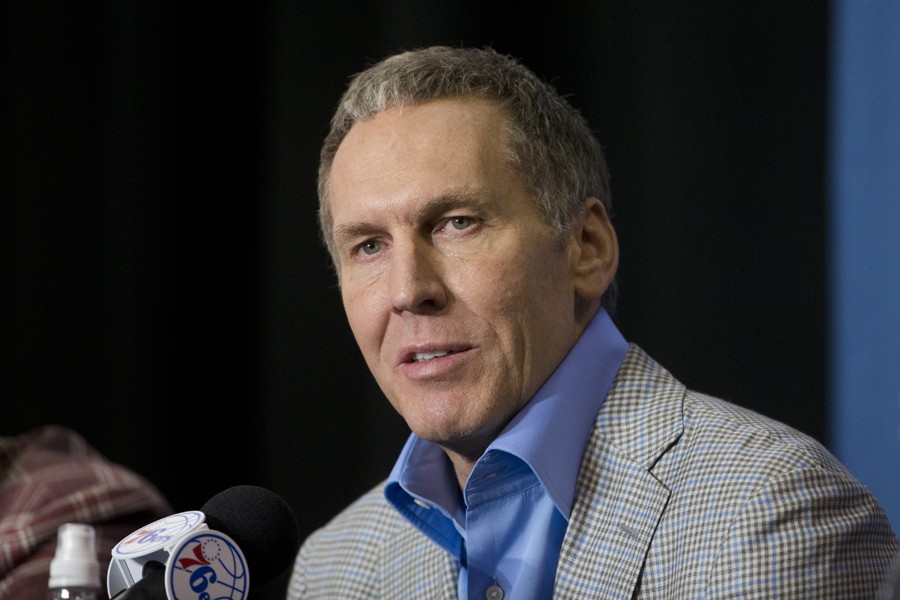 On Wednesday, we told you the bizarre tale of five anonymous Twitter accounts and their supposed link to 76ers general manager Bryan Colangelo, who purportedly used some of these so-called “burner” accounts to chastise players like Joel Embiid and cut down any trolls that dare make fun of the executive’s penchant for wearing shirt collars best left in the ’80s.

With many on Twitter absolutely convinced of Colangelo’s guilt in this curious case, the team launched an internal investigation into the allegations, which they described as being “serious.” And the team is right about that. The ripple effect from this embarrassing ordeal could seriously jeopardize the team’s big offseason plans.

Although it’s unclear what the status of that probe is — Philly Mag’s attempts to reach the Sixers for an update were unsuccessful — some Internet sleuths think they may have already cracked the case.

Could the wife of Colangelo be behind this whole tangled web on social media? That’s what some are claiming.

An open-and-shut case? Hardly. But lots of fun for Internet detectives who apparently have an abundance of time on their hands.

The only thing we know for sure right now is that Bryan Colangelo has reportedly said that he was behind one of the anonymous Twitter accounts that were singled out. But that account was not one of the Twitter handles maliciously tweeting about Sam Hinkie or shirt collars. In fact, that Twitter account has never tweeted a single thing.

“Someone’s out to get me,” he reportedly told Yahoo! Sports reporter Jordan Schultz on Wednesday.