Did LeBron James Really Visit Malvern Prep Ahead of Potential Move to Philly?

Rumors have been swirling regarding where the NBA’s biggest star will play next season. 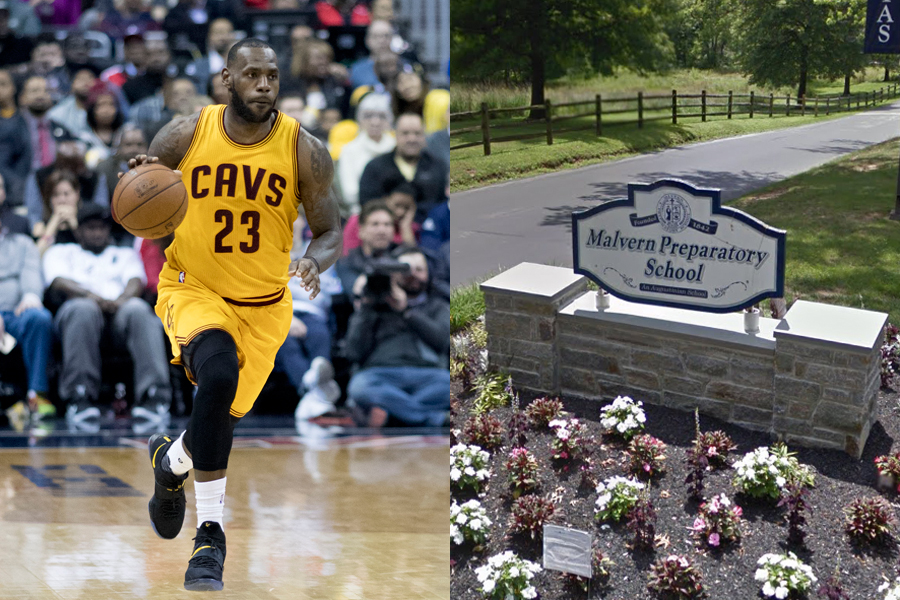 Forward-thinking basketball fans will tell you that it’s all but certain LeBron James will once again leave his “hometown” Cleveland Cavaliers this offseason for a new team and another shot at winning the NBA Finals. Speculation as to where the sport’s biggest star will land has him considering cities like Los Angeles (self-explanatory), Houston (good team), and even Philly (up-and-coming) for future employment.

The Philadelphia connection, while surprising, isn’t terribly far-fetched. Yes, the 76ers have been the NBA’s worst team over the past five years. But only because we tanked a few measly seasons to put us in this exact position: young, chock full of burgeoning talent, and ready to attract big-name free agents.

When the tank first started rolling in 2013, Sixers fans joked about the endgame being LeBron James. That potential signing seemed laughably impossible then, although it isn’t so much today with our team having turned the proverbial corner. James is tight with guard Ben Simmons and would be a fool if he hasn’t envisioned himself playing with Joel Embiid every night.

So when rumors started circulating that LeBron had put out feelers in the Philly area, Sixers fans predictably took them as gospel. With his two young sons in mind, it was said that James had his representatives check out Malvern Prep in advance of a potential move – a story that was later “confirmed” by 97.5 midday host Jason Myrtetus.

At Event tonight and received tip from good source with direct communication from Malvern Prep employee that “LeBron James representatives did in fact tour Malvern Thursday and also met with players families”. It seems Lebrons people are exploring options should he come to philly

In an attempt to set the record straight (or further cover for the game’s best player), a longtime Malvern teacher and administrator took to Facebook over the weekend to deny the hearsay: 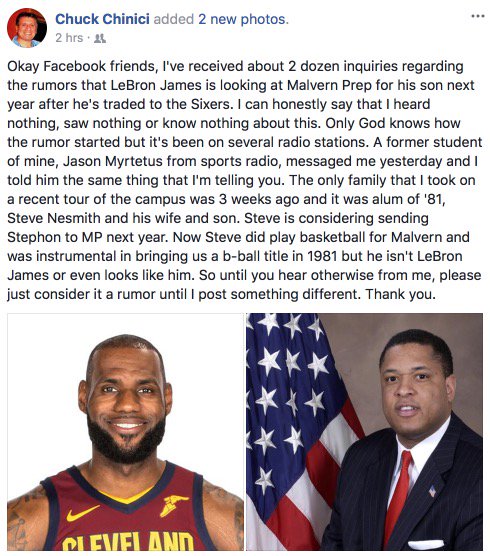 Well, there goes that. Undeterred by this latest rumor’s debunking, Chester’s Power Home Remodeling put up a few billboards in Cleveland to keep Philly on LeBron’s radar.

A Philadelphia-based company put up three billboards on highway to downtown Cleveland this morning saying that city wanted LeBron. Here they are in order. pic.twitter.com/vntsa8h3mE