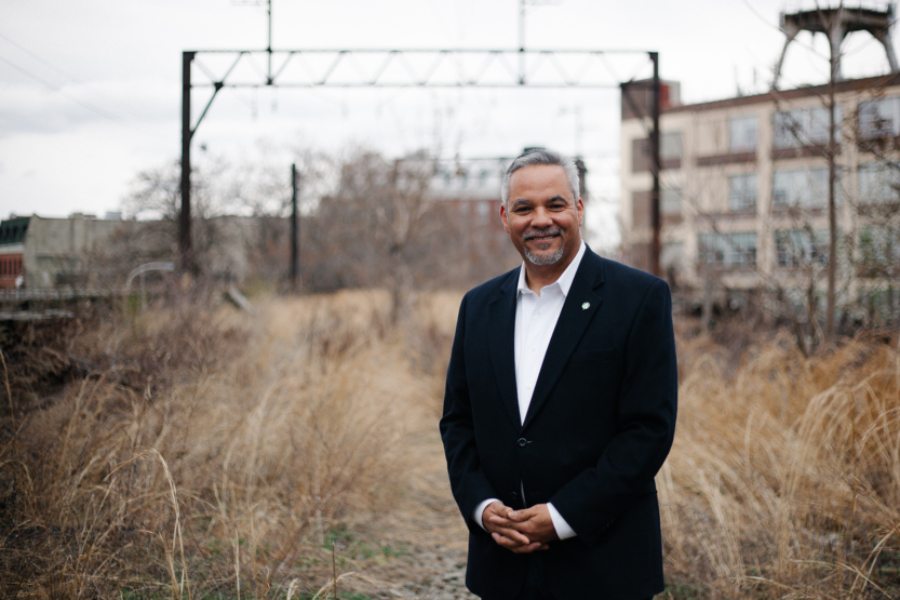 The much-anticipated first section of Philadelphia’s new Rail Park will open in less than a month.

Last week, Friends of the Rail Park (one of the organizations responsible for making the park a reality) announced the hiring of its first-ever executive director: Kevin Dow.

Dow will work to bring dreams of a continuous three-mile long Rail Park to life. It’s no easy task: Friends of the Rail Park, the Center City District and other groups involved must raise substantial funding for the project (the first section, just a quarter-mile, took more than six years and $10.3 million to build) while coordinating and cooperating with developers, landowners, community members and organizations along the route.

Dow’s former gigs include senior deputy director and chief operating officer for the city’s Commerce Department (under former mayor Michael Nutter) as well as senior vice president of impact and innovation at United Way of Greater Philadelphia and Southern New Jersey. He holds an MBA from St. Joseph’s University.

The first section of the Rail Park will stretch from Broad and Noble Streets up to the Reading Viaduct and end above the 1100 block of Callowhill Street. We chatted with Dow about the opening celebration on June 14th as well as some of his challenges in the new position.

Congratulations! What’s the job been like so far?
I started in April. It’s a great opportunity for me — I’m having a ball. [The position has] a lot of things that I like to do and that I’ve been paid to do over the years. I have found very quickly that there is an unmatched, robust level of excitement in Philadelphia for this project. As people learn that I’ve taken on this role, the response has been overwhelmingly positive. It kind of signifies that ‘Hey, you made a good decision here.’ It’s not absent its challenges, but it has great rewards too.

What are some of those challenges?
We want to engage communities around neighborhood development, to create spaces where people with different backgrounds can enjoy the outdoors while breaking down barriers. Another challenge is, we have a lot of money to raise. 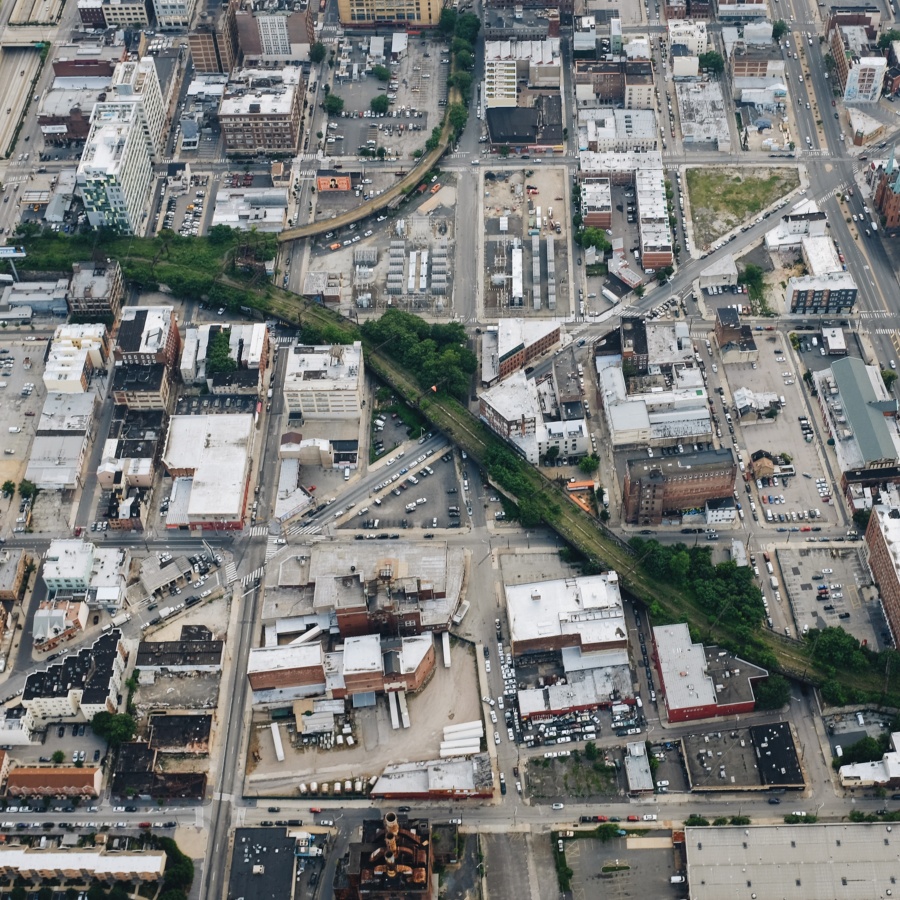 What can you tell us about the opening celebration in June?
The park in its entirety will be 3.1 miles. This is the first quarter-mile, which is on the eastern part of the park and the beginning of the elevated portion of it. We’ve partnered with the Center City District to create it — they’ve enabled us as Friends of the Rail Park to get where we are today. The opening celebration will be a demonstration of what the potential of the full park can be.

Can you talk about any specific events you’ve planned for the celebration?
We’re planning that now. We just got our date. We’d like to invite our [Friends of the Rail Park] members to something special. Of course, the opening ceremony will have your standard invited guests and dignitaries. We’ll have tours. The park will be open 24/7. Things are being planned as we speak.

24/7? So the park will never close?
Yes. We will have security. There is lighting — there’s substantial ambient lighting. We will have security in nighttime shifts to provide some safety and extra assurance. CCD will have ambassadors that will provide a presence during the day. With resources from the CCD and the Department of Parks and Recreation, we’ll maintain the security and lighting. They’re with us in great partnership — I can’t tell you how much we appreciate them in that regard.

What kind of manpower went into actually building this section of the Rail Park? I read that workers had to haul away lots of contaminated soil. 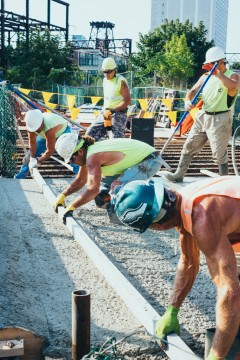 The Rail Park is built on a metal foundation — the trains were on the rail, and below that was gravel and soil on top of the metal and steel foundation. So we had to clean that up a little bit. That was one of the biggest costs, to clear [the topsoil] and make sure it’s clean. There were substantial man-hours in doing that piece as well as getting it up to speed to what it is today, where there are swings and paths and trees planted, and artwork is up.

We know the Rail Park is partially modeled after New York’s High Line. But what’s different about this — what’s Philly about it?
The park itself, the three-mile-long park, is composed of three different environments. The rail line is all above ground. Only a portion of that part — the elevated part — is opening in June. We have another portion that’s below ground in open air, then another portion that is below ground as a tunnel. That’s the substantial difference between [New York’s High Line and Philadelphia’s Rail Park]. The other difference is that [the Rail Park is] three miles long, so we [will be] almost double the length of the High Line.

Finally, in New York, if you can imagine our [Market-Frankford] line, you have one train going east and one west — that’s two rail lines. That’s the width of the High Line in New York. The majority of our park is upwards of four lines. That’s a great thing, because we will have intermodal transportation — maybe a running path and a bicycle path and walking path. We hope the width and the length of [the Rail Park] will help us to manage crowds and provide multiple ways of transportation for folks. Unfortunately, the part that is redeveloped [and opening in June] is the narrow-most part of the trail. But we wanted to use this piece because it was cheapest to get done, so we wanted to use it as a demonstration — like ‘Here, look what we can do if we open this park.’ Future phases will have a lot of space.

Image via Friends of the Rail Park

What part of the trail comes next?
That’s what we are thinking about now. We are looking at if we can extend the park further along the viaduct to where it stretches to the Vine Street Expressway. We’d love to be able to activate that space, where it’s wide open. That’s the dream right now. There are other projects along the Rail Line, so we’re looking at how we can partner with those. We’re talking to community partners.

Issues have come up with some developers and landowners — like Tom Bock, a developer who wants to build a condo behind the Rodin Museum at 21st and Hamilton, alongside the planned Rail Park. Do you think you’ll have to proceed with the park in disconnected sections?
Yes. The ideal scenario is that we continue the first piece and have a continuous park. If funding and stakeholders and resources line up like that, that’s the ideal scenario. But it might not be that way because of some of the land rights. Reading Co. doesn’t operate as a railroad company, but they own some of the rights [to land along the planned Rail Park]. There’s Conrail, SEPTA, the city — we have to figure out those pieces. My perspective is that one piece might fall into place before anything else, and you just have to get that piece done, because the powers that be lined up for that to happen.

We already engaged [Bock] in conversation about the site plans and are talking about how we might be able to look at the site a little different than how he has proposed. SEPTA, Conrail, the city, the Art Museum — a number of organizations have come together to have this conversation. [Bock] has indicated that he would love to be able leave the path open, but those conversations have just begun. We will continue to engage the developer, and I feel positive that there will be a positive outcome to those conversations. 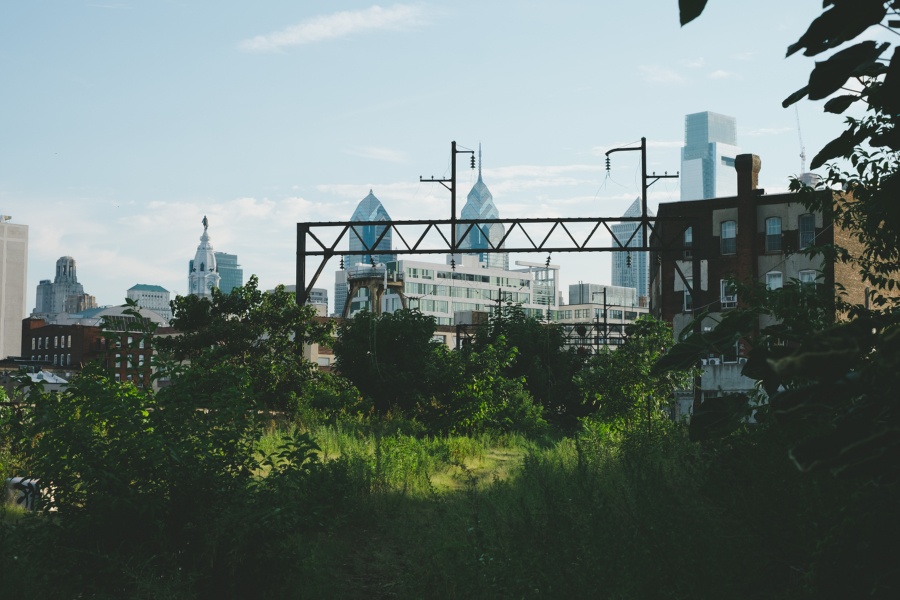 You mentioned that funding was a challenge. This small portion of the park took $10.3 million to build — that’s a lot of money. How does Friends of the Rail Park plan to continue to fundraise for the remaining sections of the rail park? Are private events something you’re looking at?
We’re going to do some private events, but we want you to know that this is a public park. This is there for the community. There will be some [private events], but we’re not trying to go crazy over that. We’re looking at public money — this is a public project — so we would love to continue to get state and federal dollars. There are environmental conservation resources, so we hope to tap into those. This is also preservation — the project connects to our historical and industrial past. One of the things that we’re really excited about is that this is a demonstration piece that we’re opening, and we hope people step back and say ‘Wow, this is great.’ We hope that it will galvanize individuals. I’m hoping we can take advantage of that and raise the resources that we need.

You’re the first paid employee of Friends of the Rail Park. Are there plans for more?
Yes. We have an immediate plan for a community engagement person. We are hopeful to be able to get some fundraising help.

When do you see the full three-mile trail actually being complete?
I hesitate, because infrastructure projects like this can take a long time. They can also take a short time if we have a wonderful benefactor to invest. So it’s hard for me to put a date out there. It took us six or seven years just to get a quarter-mile done. Other places could take more time. I’m looking to stand here in 10 years, and say ‘OK, we got this done.’ But that’s not a realistic answer. I really don’t know right now.