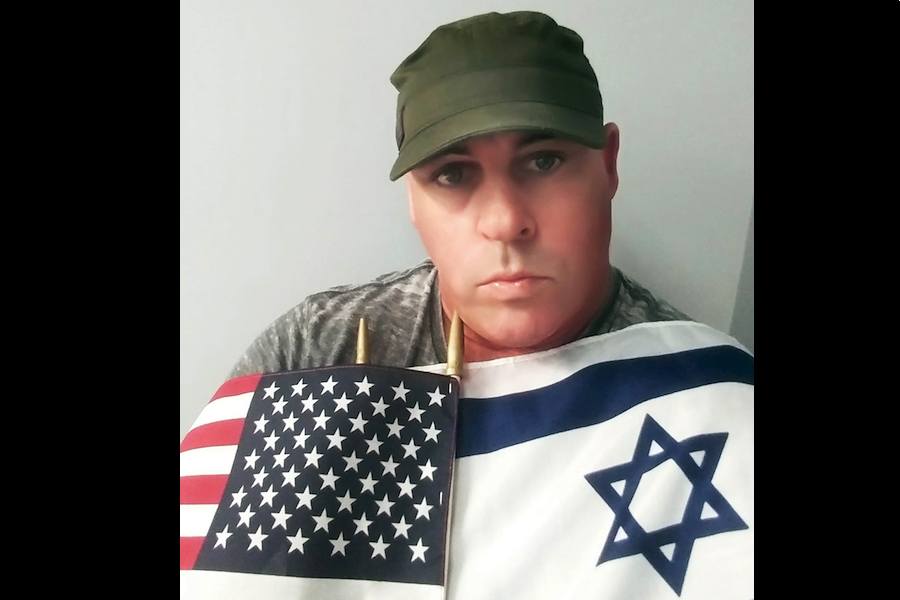 While detectives and the District Attorney’s office try to sort out just what the hell happened on Tuesday, when the Israeli flag on the Benjamin Franklin Parkway wound up covered in blood-red paint, an unexpected twist in the saga comes from local boxer Damon Feldman.

The 42-year-old Feldman, who is Jewish, wants to challenge the perpetrator — whoever that is — to three rounds in the boxing ring with him.

Police originally announced the arrest of 26-year-old Antoine Guyton on charges of institutional vandalism, criminal mischief, and related offenses, but on Thursday, Philly Mag learned that District Attorney Larry Krasner rescinded all charges filed against Guyton. So it remains unclear who exactly Feldman would square off against in the ring.

We asked Feldman, who just released his autobiography The 16-Minute Man, whether responding to an act like this with physical violence is sending the right message.

“Listen, it would be in the ring, not out in the street,” Feldman replied. “I’m coming down with my Israeli flag, and I’m gonna put this guy down. Nobody steps up. These politicians, they all have a lot to say. But I’m putting up my money and my fists. Let’s do this.”

Feldman, son of the late knockout artist Marty Feldman, was himself an undefeated professional boxer with a 9-0 record before he launched Celebrity Boxing, an exhibition series that pitted ridiculous reality TV stars and various D-list personalities against each other.

“I am standing up for the rights of the American people and the Jewish community throughout the world,” Feldman says of his intention to fight for the Israeli flag.

While he waits for police to make a new arrest, Feldman has plenty to keep him busy. This weekend, he’s headed to Florida for an open call for his Beauty Battle (it’s a live competition between hair and makeup artists … no, really) and a book signing at the Ocean Manor Beach Resort.

And when he’s not doing all that, he’s preparing for a much more important endeavor: his bar mitzvah.

“I wasn’t able to get my bar mitzvah growing up, because my mom was a quadriplegic in a wheelchair,” Feldman explains. “So I’m working with my rabbi now, and I’m going to study a lot of Hebrew. I’m really into the Jewish community right now.”