“Hate and anti-Semitism have no place in the city of Philadelphia,” Mayor Kenney said in response to the incident on Tuesday. 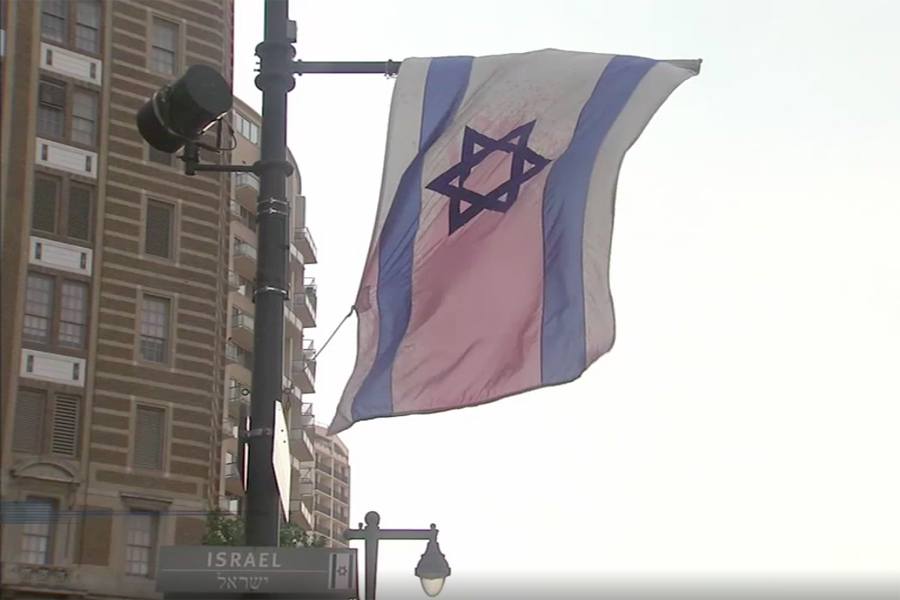 A 26-year-old man is in custody after police say he was caught spraying red paint on the Israeli flag that flies on the Benjamin Franklin Parkway, 6ABC reports.

According to PPD, Antoine Guyton was discovered allegedly in the act on Tuesday by members of the Jewish Federation of Greater Philadelphia, a day after demonstrations in response to the positioning of Israel’s flag atop City Hall to mark President Trump’s recognition of Jerusalem as the country’s capital.

“I’m very upset to hear that a symbolism of Israel, symbolism of the Jewish community had been vandalized in such a horrific and horrid way,” Jewish Federation spokeswoman Laura Frank told NBC10. “So it was quite a shock to see that actually happening, to see an act of anti-Semitism actually happen in front of you.”

Police at this time are not prosecuting Guyton for a hate crime. Instead, they say he’ll be charged with institutional vandalism. According to state law, the crime will likely be categorized as a second-degree misdemeanor because the act did not damage property in excess of $5,000, the level at which the charge becomes a felony.

“Hate and anti-Semitism have no place in the city of Philadelphia,” Mayor Kenney said in a statement. “While I understand that emotions are running high and there are many viewpoints stemming from recent violence against Palestinians and other protestors in the Gaza Strip, it doesn’t warrant hateful acts of vandalism.”

City officials do not have a timetable for replacing the flag, which is located on 16th Street. A Holocaust memorial is currently under construction near Israel’s place among the hundreds of countries represented along the Parkway.