Her slimming denim products have adorned the likes of Rachael Ray and Oprah Winfrey. 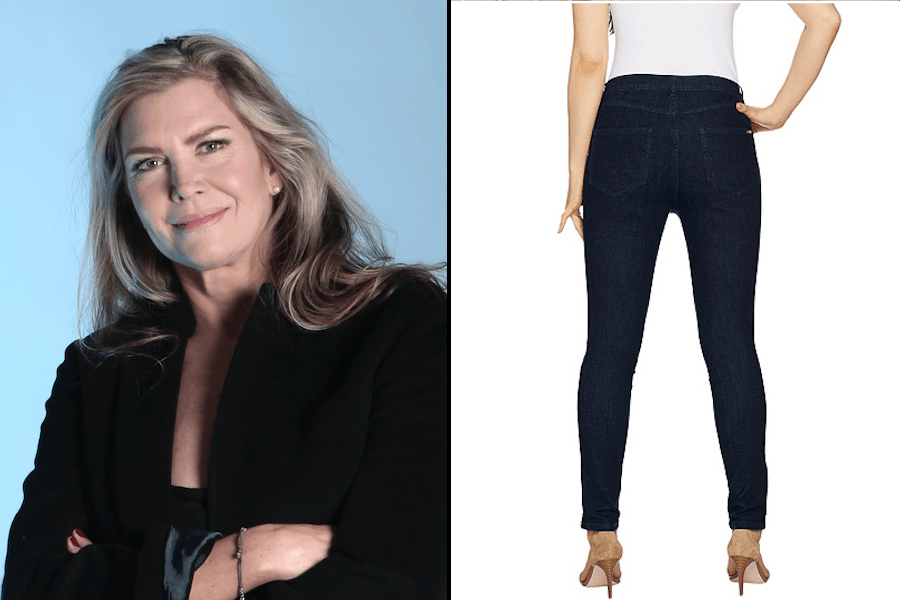 A Manhattan-based fashion designer has filed a federal lawsuit against the West Chester-based home shopping network QVC alleging that the $8.8 billion company stole her designs and used them in QVC-branded skinny jeans.

Catherine Hart has been in the skinny jeans business since the mid-2000s with her appropriately named company SkinnyJeans, whose products promise to “make you look thinner.”

Her made-in-the-USA slimming jeans have received plenty of press — they’ve been featured on the Today Show, the Tyra Banks Show, and in publications like Jezebel, Essence, and the New York Times Style Magazine — and celebrities such as Rachael Ray and Oprah Winfrey are reportedly SkinnyJeans fans. Hart has also marketed her jeans under the Hello! Skinny Jeans brand.

According to her lawsuit, Hart first met with QVC representatives in West Chester in 2013 to pitch them on a cheaper, Chinese-made version of SkinnyJeans that could be sold on the network.

“QVC’s market was saturated with low priced, low quality in-house brands of denim, and there was a large, unfulfilled market for better, higher quality jeans,” reads the suit, which goes on to say that Hart showed QVC’s team special design elements that gave her SkinnyJeans their slimming effect. 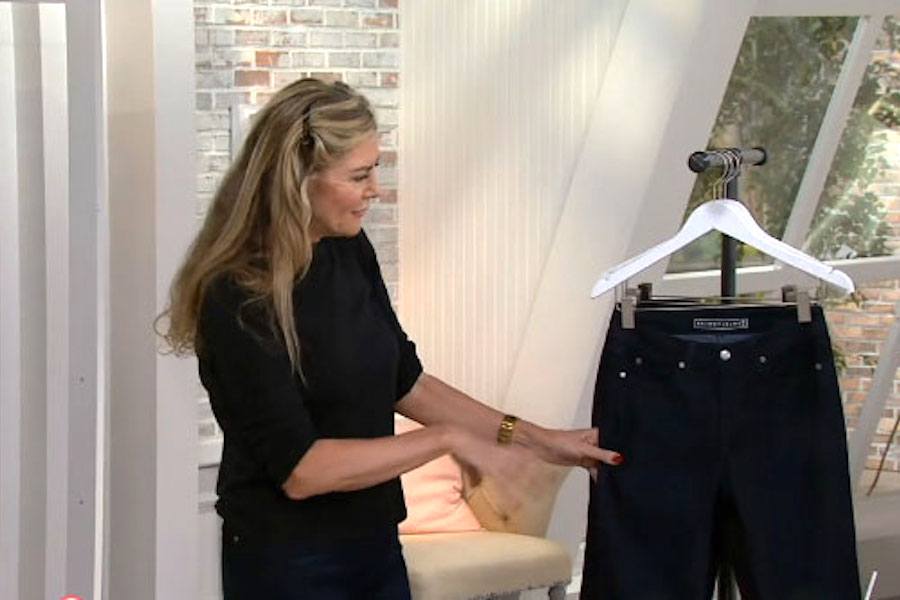 Hart says she came to QVC’s West Chester headquarters at least ten more times for design meetings. The resulting product — which came to be known as SkinnyJeans 2 — debuted on QVC in 2014 and quickly sold out, according to the suit. (QVC told Philly Mag that it is company policy to withhold comment on pending litigation.)

In 2015, she claims, QVC “stole” one of her SkinnyJeans innovations — a “wash pattern” that is supposed to make you look skinnier than you are — and used it in QVC’s own skinny jeans, marketed under QVC’s G.I.L.I. brand. This wash pattern is one of the elements that Hart says she went over with QVC’s team in great detail because the wash pattern is what makes the jeans “the most visually compelling for sale on television,” according to the suit.

Hart says she sent QVC a cease-and-desist letter but that the network claimed that the wash pattern was designed by QVC and had nothing to do with Hart’s company, an assertion that the suit insists is false.

Later, Hart says she realized that QVC “copied” a “stomach panel shaper” that she used in her designs and used it in some of its skinny jeans sold under QVC’s Denim & Co. brand.

Hart does hold various trademark and copyright registrations for some aspects of SkinnyJeans — and she’s applied for at least one patent — but Philadelphia intellectual property attorney Jordan LaVine of Center City law firm Flaster/Greenberg suggests that winning against QVC will be no easy — or cheap — task.

The way LaVine explains it, Hart would need to prove to the court that her own work has “a sufficient level of originality,” and then, once she’s cleared that hurdle, that the QVC jean design “is just so similar that it would be practically identical to the pattern she developed.”

“She may well be the originator, but these wash patterns are pretty common now,” observes LaVine, who previously represented the premium denim line Joe’s Jeans and these days counts the New York Times, Martha Stewart, Ancestry.com, and GrubHub among his clients. “Someone makes a chip that looks like a Dorito. Well, Dorito would have a difficult time alleging that there’s some infringement on the look of a Dorito.”

The suit seeks unspecified damages and penalties against QVC to cover, among other things, lost profits and royalties.

“We … cannot comment on the lawsuit,” a SkinnyJeans rep told Philly Mag. “It speaks clearly for itself.”