Goldstein, 21, was arrested on Tuesday, less than a month after Alpha Epsilon Pi was suspended following allegations of sexual assault at its frat parties. 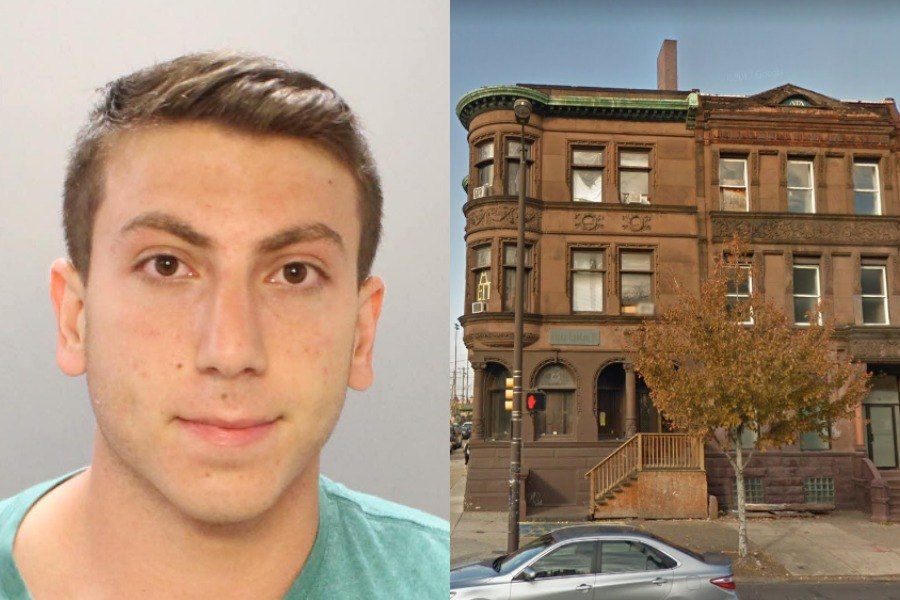 Less than a month after Temple University suspended one of its fraternities over sexual assault allegations from multiple women, the former president of the fraternity, Ari Goldstein, has been charged with with attempted rape.

On Tuesday, Philadelphia police arrested 21-year-old Goldstein, of Wrightstown, Pa., on charges of indecent assault, attempted rape, attempted sexual assault, and attempted involuntary deviate sexual intercourse stemming from an alleged incident on February 25th, according to court records. He was arraigned on Wednesday and is being held on $2 million bail. A preliminary hearing has been set for May 31st.

Goldstein’s arrest comes after police said they received multiple “credible” reports of sexual assault, underage and excessive drinking, and possible drug use at parties at the Alpha Epsilon Pi house, located at Broad and Norris streets. It is currently unclear whether the charges against Goldstein are directly related to the earlier allegations against the fraternity.

The Temple fraternity, which has been forced to cease all school-related operations during its suspension, did not immediately respond to a request for comment on Wednesday afternoon. There was no attorney listed on Goldstein’s court docket.

Police said last month that at least three women had come forward with sexual assault allegations regarding Alpha Epsilon Pi earlier this year, and that at least two of the women were 19 years old.

One woman said that she was sexually assaulted at a party in February, while a second woman said she was given several drinks at a party at the fraternity in March, and that she “became dizzy and disoriented, and that’s the last thing she remembered until she woke up in bed with one of the members of the fraternity,” Philadelphia Police Capt. Mark Burgmann said at a press conference last month. Information about the third woman’s allegations was not immediately available.

All three reports were referred to the District Attorney’s Office. In a statement issued last month, Alpha Epsilon Pi said its brothers were “appalled by these allegations made against our entire chapter,” which they denied having any knowledge of.

Ben Waxman, a spokesman for the DA’s office, confirmed that Goldstein was arraigned on Wednesday and said that “given the seriousness of this crime, our office requested high bail which was set at $2 million dollars. However, as the investigation is ongoing, we have no further comment at this time.”

Ray Betzner, a spokesman for the university, did not offer to comment on Goldstein’s arrest but said that the university continues “to be actively involved in the investigation with the Philadelphia police.”

Jonathan Pierce, a spokesman at Alpha Epsilon Pi’s national headquarters, said Goldstein was removed from his position as president when the organization suspended the Temple University chapter last month.

“As this plays out, we will make decisions as to [Goldstein’s] membership status in our organization,” Pierce said. “Obviously we believe, like everybody should, in being innocent until proven guilty and continue to cooperate with authorities and with Temple University and will await the final verdict and then make decisions.

Temple has asked students with information on the events or those who need support regarding  concerns of sexual misconduct to contact Temple Police at 215-204-1234 or police@temple.edu; the Dean of Students’ Office at 215-204-7188 or dos@temple.edu; or the Wellness Resource Center at 215-204-8436 or tuheart@temple.edu.

Editor’s note: Due to incorrect information on a court document, an earlier version of this story reported that one of the charges on which Ari Goldstein was arraigned was statutory sexual assault. The actual charge was attempted involuntary deviate sexual intercourse. “It’s unclear at this time why the charges in the system are incorrect,” says DA’s office spokesman Ben Waxman, “but we are working to get the information updated as quickly as possible.”