The LGBTQ community advocate has now become the first openly gay candidate of color ever to win a state House primary in Pennsylvania. 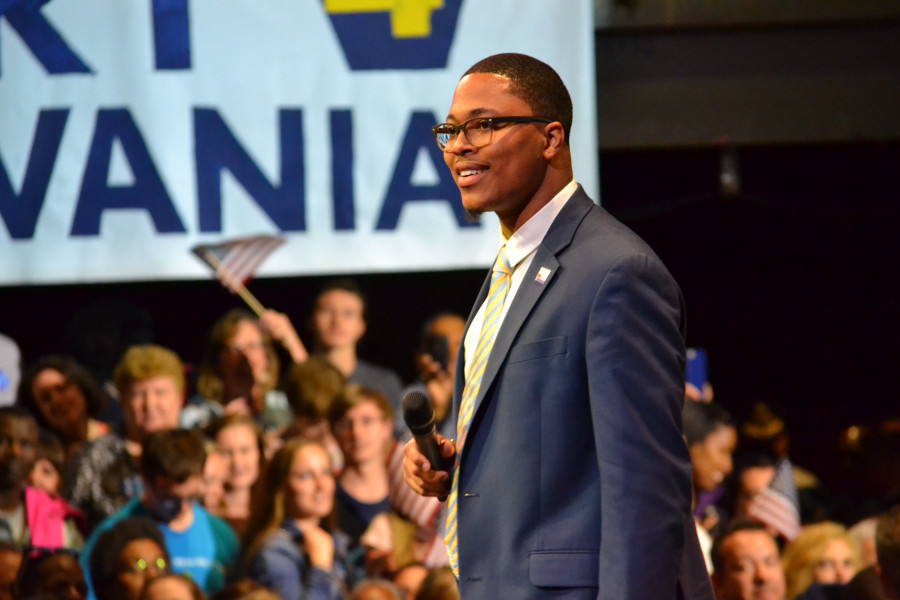 This election night, LGBTQ community leader and former Democratic National Convention delegate Malcolm Kenyatta made history as the first openly gay candidate of color to win a state house primary in Pennsylvania. The self-proclaimed “North Philly’s Biggest Fan” beat out Lewis Nash Sr., Lewis F. Thomas III, Alex Deering and Gilberto Gonzalez. Kenyatta won his Democratic primary bid for state representative in the 181st District, a seat that was previously held by his cousin, 15-term incumbent W. Curtis Thomas. Thomas, 69, who announced his retirement earlier in the spring, endorsed his relative after previous reports that he was not stepping down.

Kenyatta, 27, is a North Philadelphia native who has been connected to Philadelphia politics since the age of 12, when he ran for junior block captain. Since then, the Temple graduate has worked as the campaign manager for lesbian community advocate Sherrie Cohen’s unsuccessful run for City Council, served as a DNC delegate, and became a notable local supporter for Hillary Clinton during the 2016 presidential election. Kenyatta previously worked for the Greater Philadelphia Chamber of Commerce and served on the boards of Equality Pennsylvania, Liberty City LGBT Democratic Club, and the Philadelphia branch of the National Organization for Women (NOW).

Throughout his campaign, Kenyatta picked up many important endorsements from organizations such as Philly for Change, Equality Pennsylvania, Liberty City LGBT Democratic Club, and the Victory Fund, along with the support of countless local establishment Democrats, such as former Pennsylvania governor Ed Rendell. He also faced an incident of homophobia within hours of polls closing on Tuesday, as an unidentified culprit placed anti-gay posters of himself and his ex-husband around his district. Fortunately, that did not stop voters from making history on election day.

The Democratic primary race for the 181st District was already historic given that Kenyatta was up against gay Black politico Alex Deering, making this the first time two openly gay candidates of color have challenged one another for the same elected office in Pennsylvania.

Kenyatta will face T. Milton Street, who ran unopposed on the Republican primary ballot, in November’s general election. Given Philadelphia’s overwhelming Democratic majority, both Kenyatta and state Rep. Brian Sims (currently the first and only openly gay member of the state House, who also won his primary) are expected to go on to win.