TMZ reports that the owners of a swanky L.A. pad say Ajayi and his friends broke their table and scratched their floors back in February — but Ajayi denies ever throwing any parties at the property. 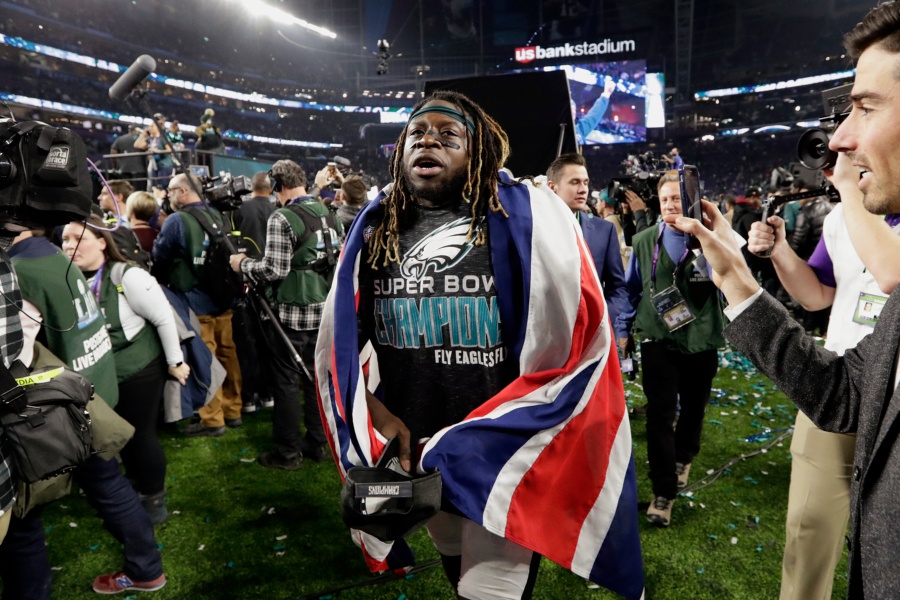 Here in Philadelphia, we certainly partied hard after the Eagles’ Super Bowl win.

Apparently, Eagles running back Jay Ajayi has been accused of partying hard too — but in an Airbnb-listed mansion in Los Angeles, whose owners claim in a lawsuit that he “trashed” it, according to TMZ.

The gossip site claims that the owner of the mansion has sued 24-year-old Ajayi for $25,000 in damages after Ajayi hosted parties at the “swanky 6,000 square foot pad located above the famous Sunset Strip,” despite the property’s strict no-parties rule. The lawsuit accuses Ajayi and his friends of breaking a table, scratching floors and violating the house’s no-smoking rule during a five-day stay in February, then refusing to pay penalty fees for doing so, per TMZ.

The NFL player has denied the claims in the lawsuit, which he called “bogus,” and said he didn’t damage the property in any way, nor host any parties, according to TMZ. He told the website that he and his friends left the property several days early (but still paid the full rate) after the owner tried to get him to pay cash directly, instead of through the Airbnb website, as required by the rental company. He also reportedly denied claims that he pushed the owner of the property during a disagreement.

Ajayi, a London native, was traded to the Eagles last October in a deadline deal from the Miami Dolphins. He averaged 5.8 years per carry in seven regular-season games.