They’re worried about an uptick in crime at the Instagram-famous site. 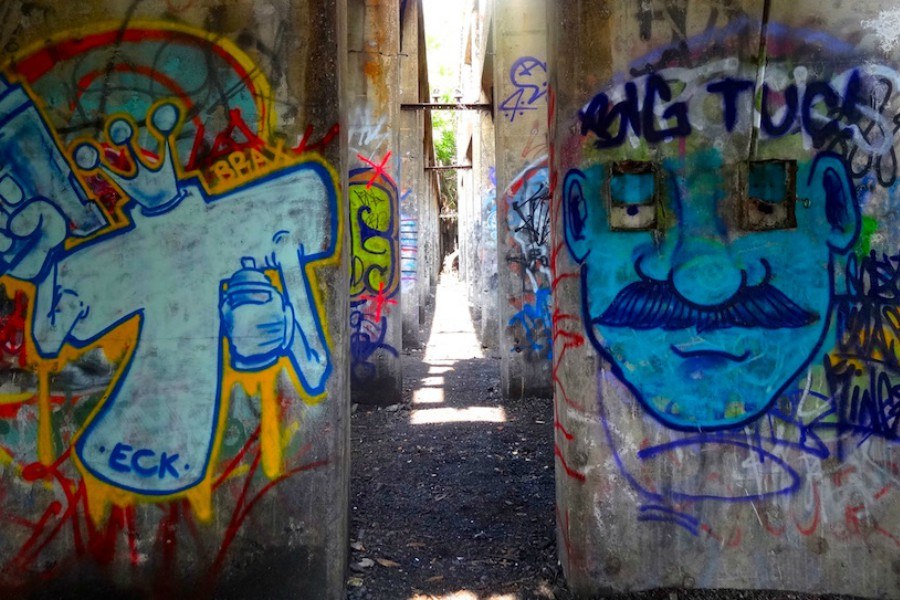 A corridor at graffiti pier. | Photo by Liz Spikol

Sorry, Instagrammers: Graffiti Pier, one of the most photogenic spots in Philly, got shut down by police on Tuesday.

Officers are determined to keep trespassers out of the location, which, for those who haven’t been or heard of it, is exactly what is sounds like: a graffiti-covered abandoned pier off the Delaware River in Port Richmond.

Police in the 26th District informed residents that they’re going to enforce a no-trespassing ordinance at the site and that cars parked near its entrance on Beach and Cumberland streets will be ticketed and towed, according to the Inquirer.

The pier, a former loading dock for ships carrying coal and a private property owned by Conrail, was already technically off-limits. (Conrail didn’t immediately respond to a request for comment on Wednesday morning.) But that hasn’t stopped friends, couples, paintballers, photographers, artists and tourists alike from entering anyway to explore its colorful corridors in the past.

So why are police cracking down now? They blame the decision on an uptick in crime. Capt. Krista Dahl-Campbell of the 26th District told the Inquirer that robberies are common at the site, and that visitors have also reported severer crimes, like a sexual assault that took place at the site in 2015.

Some have called for supervision at the pier, especially as it becomes increasingly popular, to  give visitors some peace of mind. Some, like art blog Streets Dept. founder Conrad Benner, think the site should be sanctified.

“This is a special spot,” he told the Inquirer. “The kind of city-defining spot that most cities would kill to have. Seriously, the graffiti writers that have shown this abandoned pier love for over a decade now have helped to make this one of the most stunning, ever-changing spots in the city.”