Response was swift: The family’s house in Point Breeze is right next to the 17th District police station and the Fire Department’s Engine 24. 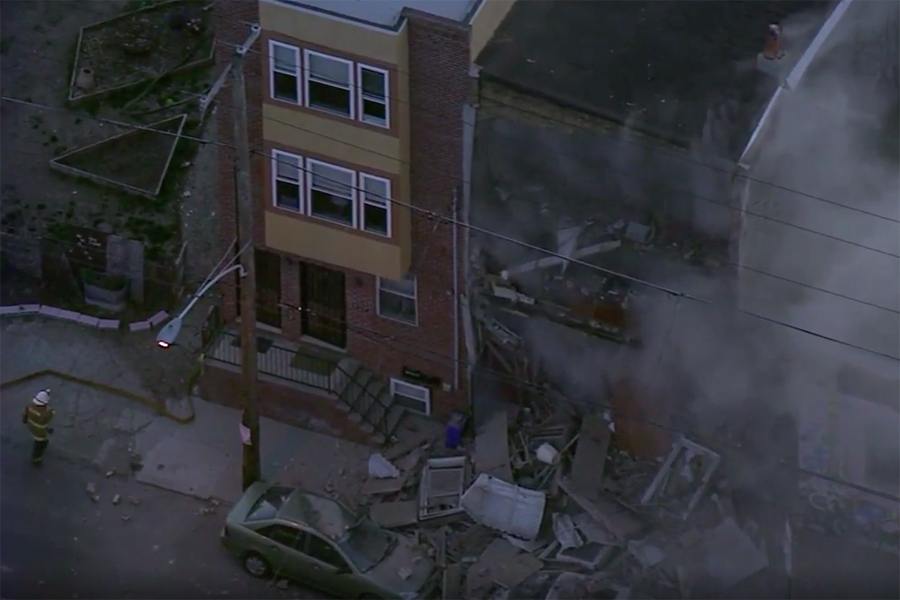 A South Philadelphia father and his 12-year-old son have miraculously survived with only minor injuries after their home in Point Breeze collapsed while they were both still inside on Monday evening.

Peter Ash was on the upstairs level of his house on the 1200 block of South 20th Street when an explosion suddenly blew out the building’s entire façade around 7:45 p.m. Ash ended up on the first floor with his son, who was busy playing video games when the blast occurred.

“We just heard a big boom and I felt heat all over my hand and face,” Ash told 6ABC. “I had no idea that the whole front of the house had come off. It was an explosion, like a military explosion.”

Help came nearly immediately, as Ash’s home sits right next door to the building that houses PPD’s 17th District and the Fire Department’s Engine 24. Ash says he suffered minor injuries to his hands and face. His son, Jordan, was reportedly unharmed.

“I was playing on the PS3 and all of a sudden I heard a loud noise and the whole wall just fell down. I thought it was a tornado,” Jordan told the TV station.

While the fire department and PGW are still investigating the incident, authorities believe a gas explosion was behind the house collapse. Power remains out in the immediate vicinity as of Tuesday morning.