The National Transportation Safety Board confirmed on Tuesday afternoon that one woman has died as a result of the incident. 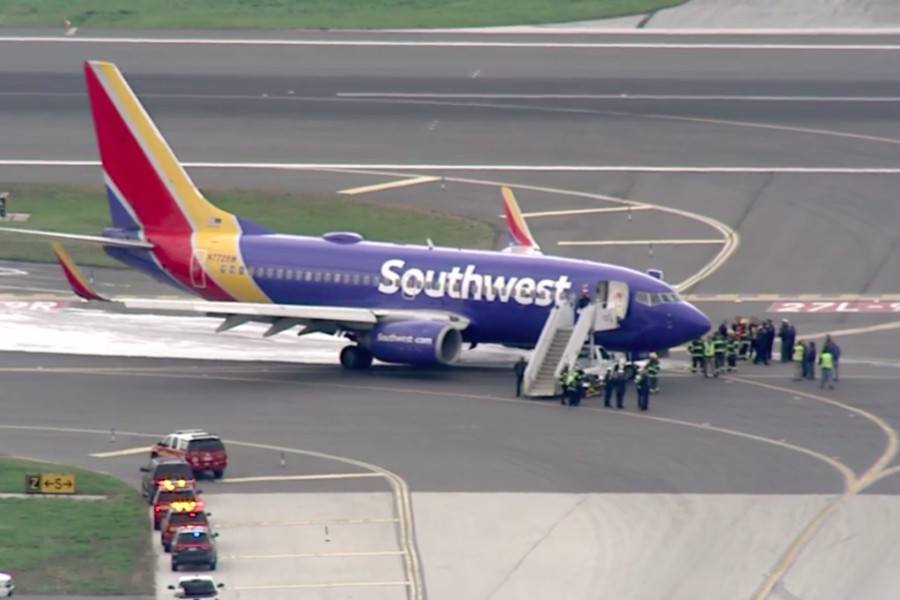 A Southwest Airlines plane made an emergency landing at the Philadelphia International Airport on Tuesday morning after its engine reportedly exploded during flight.

The plane, which was en route from New York to Dallas, landed at PHL around 11 a.m. The National Transportation Safety Board confirmed on Tuesday afternoon that one woman has died as a result of the incident. Several others are injured.

The plane’s terrifying descent was live-streamed on Facebook by a passenger named Marty Martinez:

Martinez wrote in a Facebook comment that shrapnel tore a hole in the aircraft during the incident.

“Flight attendants ran over calling for passengers to help cover the hole as they broke down and began uncontrollably crying and looking horrified as they looked outside,” Martinez wrote. “Plane dropped dramatically and it smelled like fire with ash coming down on everyone thru the vents. Absolutely terrifying, but we are okay.”

Southwest Airlines said in a statement that it is aware of the diverted flight, which was carrying 143 customers and five crew members. “We are in the process of gathering information,” the airline said. “Safety is our top priority at Southwest Airlines, and we are working diligently to support our customers and crew at this time.”

The Daily Beast reports that the Federal Aviation Administration proposed last August “a notification to aircraft operators that the same engine type [as the Southwest Airlines plane] required additional inspection of fan blades after a ‘report of an in-flight fan blade failure and uncontained forward release of debris.'”

In 2016, a Southwest 737-700 flight experienced “uncontained engine failure” and made an emergency landing in Pensacola, Florida, the publication reports.

Passengers posted photos of the mangled plane after the emergency landing.

What a flight! Made it!! Still here!! #southwest #flight1380 pic.twitter.com/Cx2mqoXVzY

@SouthwestAir I want to thank the crew of SWA 1380 for a great job getting us to the ground safely after losing in engine #angelsinthesky pic.twitter.com/QL0YPUp0Vj

Flights are departing PHL, but the airport has ordered a ground stop for planes on the ground at other airports waiting to depart. Passengers should check their flight status and expect delays.

PHL Update 12:35 PM: FAA has issued ground stop for planes on the ground at other airports waiting to depart for PHL. Check flight status with your airline. Flights are departing PHL. Passengers should expect delays.