Sunoco Offers to Relocate Residents While It Analyzes Sinkholes

The company will cover temporary housing and food costs for neighbors on Lisa Drive in Exton, where at least three sinkholes have opened since Mariner East pipeline construction began. 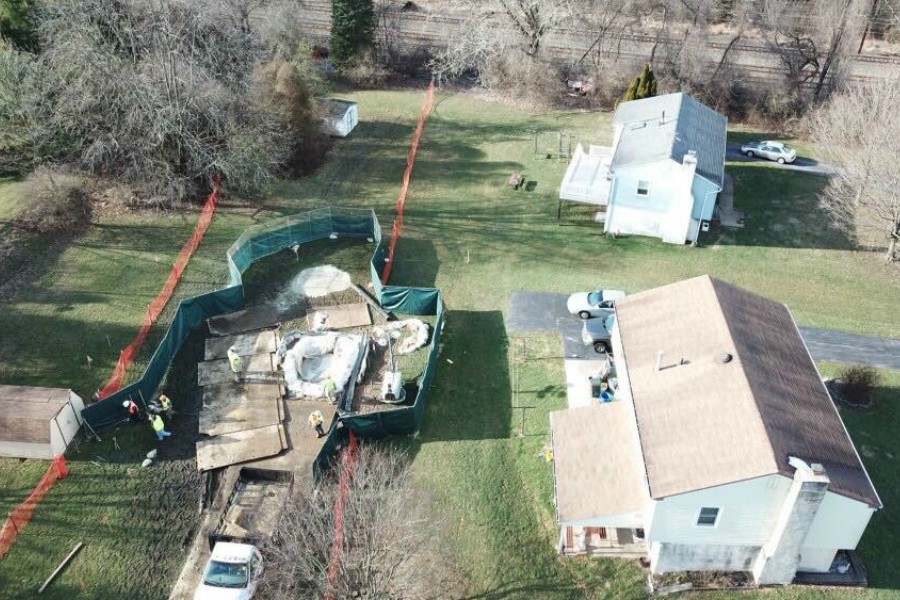 Sunoco has offered to relocate the Chester County residents who have seen sinkholes open in their neighborhood during construction of the company’s Mariner East pipelines.

The compensation offer comes weeks after the Public Utility Commission shut down Sunoco’s Mariner East 1 Pipeline, claiming it posed a “catastrophic” risk to public safety after one of at least three sinkholes that opened along Lisa Drive in Exton exposed the bare pipeline.

Sunoco is now offering to pay a daily reimbursement for temporary housing and food for some residents living along Lisa Drive. That includes T.J. Allen, who spoke with Philadelphia magazine at length earlier this month, as well as Mary March, Russel March and Jared Savitski, who filed a class-action lawsuit against Sunoco in March, alleging that the company’s construction has caused physical damage to their properties, lowered the value of their properties, and robbed them of their right to use and enjoy their land.

The aftermath of a drilling spill that occurred November 11th, 2017. | Via TJ Allen

The company plans to test for issues related to construction throughout the next four to six weeks. Its analysis, which is being monitored by the PUC as well as the state Department of Environmental Protection, will involve drilling excavations to identify underground voids (a potential cause of the sinkholes) as well as the installation of plastic mats to protect the ground from equipment.

In a letter to homeowners, Sunoco told residents that “to alleviate any inconvenience to you, [Sunoco Pipeline L.P.] has offered to relocate you and provide a per diem reimbursement for food for the duration” of the work. The company also provided a brief update on its ongoing investigation of the sinkholes and any potential underground fissures that might have caused them.

“SPLP has conducted preliminary geophysical investigations within the [Mariner East pipelines] right of way starting from the railroad tracks and heading south to the exit point of the drill, in order to determine the potential for subsurface anomalies and additional areas that should be investigated further,” Sunoco said in the letter. “The preliminary investigations do not indicate any impacts from the subsurface area to any of the homes along Lisa Drive.”

Allen said he and his mother, who also lives at his Lisa Drive property, will take Sunoco up on its offer. But he wants more information about the investigation of the area in general.

“They act like they’re doing us a favor,” Allen said. “Well, you’re only giving us 48 hours notice [of testing]. And we have minimal results on the test.” 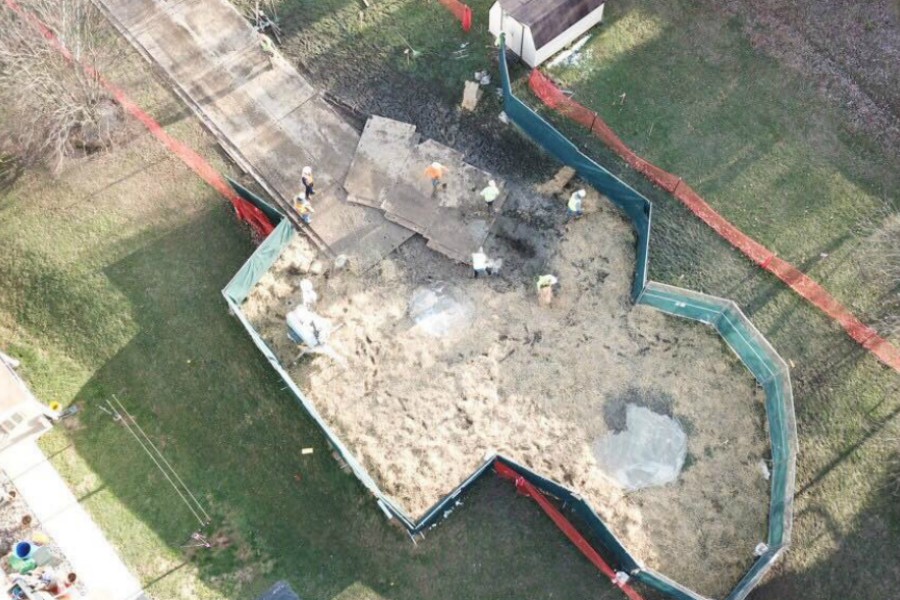 Both sinkholes (filled with a concrete mix) in Allen’s yard. | Via TJ Allen

Sunoco estimates that its testing will continue for at least a month. If additional investigation or remedial work is needed, the company said it will send residents an updated work schedule.

Andrew Neuwirth, an attorney for the Marches and Savitski, said in a statement that Sunoco “still does not seem to know the extent of the destruction it caused five months after the sinkholes first appeared.”

“This new ‘investigation’ is long overdue,” Neuwirth added. “But to add insult to injury, the ‘investigation’ may force the residents of Lisa Drive to have to relocate from their already damaged properties. We hope Sunoco will be forthcoming about the investigation’s results.”

Since construction on Sunoco’s Mariner East pipelines began, the work has damaged more than a dozen private water wells in Chester County, and the DEP has issued Sunoco 46 notices of environmental violations at sites across the state. In February, Sunoco paid a $12.6 million fine to the DEP (one of the largest civil penalties collected in a single settlement) after the agency shut down pipeline construction at many sites for roughly a month.

For more information about the sinkholes and construction Sunoco Mariner East pipelines, check out our story published in March.