NCAA Championship Game: What to Expect From Villanova

The mighty Wildcats are seeking their second men’s basketball championship in three years. 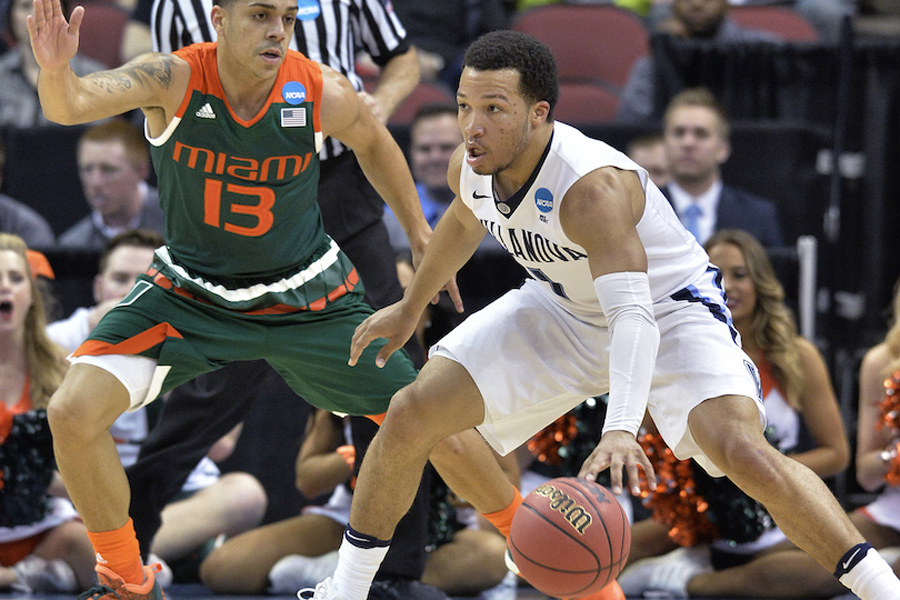 Head coach Jay Wright and his top-seeded Villanova Wildcats have found themselves in familiar territory – vying for the program’s second national championship in three years as they take on Michigan tonight in San Antonio. (You can catch the game on TBS starting at 9:20 p.m., or head down to McGillin’s for a blue-beer-fueled watch party.)

A post shared by McGillins Olde Ale House (@mcgillinsoldealehouse) on Apr 2, 2018 at 8:36am PDT

The ’Cats have marched through this year’s tournament, winning their five postseason games by a combined average of 17.8 points. Villanova’s high-flying offense, led by AP Player of the Year Jalen Brunson, has been so dominant that Wright could only say that he “[felt] bad” for Kansas after his team stomped the Jayhawks in the Final Four on Saturday night.

Coincidentally, ’Nova’s last title was won in Texas back in 2016 (Houston, to be exact). Here are five things to expect from the Main Liners as they look to recapture college basketball’s crown in the Lone Star State.

While Villanova is likely to never replicate the magnitude of Kris Jenkins’s iconic buzzer-beater that won the ’16 National Championship game, this year’s Wildcats are making up for that fact with sheer volume from downtown. The Wildcats scored an NCAA-record 18 three-point shots against Kansas in their last game. Despite Michigan’s stifling perimeter defense, expect Villanova’s barrage from beyond the arc to keep up.

The flashy wardrobe of ’Nova’s dapper head coach is well documented. But unlike years past, Wright told ESPN in March that he plans to ditch the pinstripes for a more muted look, much to the chagrin of his Newtown Square tailor. “People talk so much about the clothes, I want them to talk about the players,” Wright said.

Loyola-Chicago’s chaplain Sister Jean has been the talk of the tourney so far. But the 98-year-old nun’s Ramblers saw their Cinderella run end this past weekend courtesy of the Wolverines. Enter Father Rob Hagan. ’Nova’s conduit to the almighty was recently profiled by the New York Times and should assume Sister Jean’s role for TV cameras. He also picked the ’Cats to go all the way – which he does every year on his bracket.

The knock on college basketball these days is the newfound reliance on talented freshmen who have no plans to see their collegiate careers fully through. That’s not the case for Villanova and Michigan, which both will have upperclassmen litter the stat sheet tonight at the Alamodome. Juniors Brunson and Mikal Bridges lead the way for the Wildcats. Keep an eye on Wolverines senior guard Muhammad-Ali Abdur-Rahkman as well.

If you aren’t already aware, broadcaster Jim Nantz has this weird self-made tradition of giving the tie off his neck to the top performer in the national championship game. (Ryan Arcidiacono was the lucky recipient the last time that Villanova won.) If the Wildcats are victorious once again, our money is on Brunson to receive this most distinguished honor.