Abington: On Second Thought, We Won’t Rename Our School After Billionaire

The Montco high school proposed the move after a $25 million gift from alumnus and Republican Wall Street exec Stephen Schwarzman — but residents weren’t so happy. 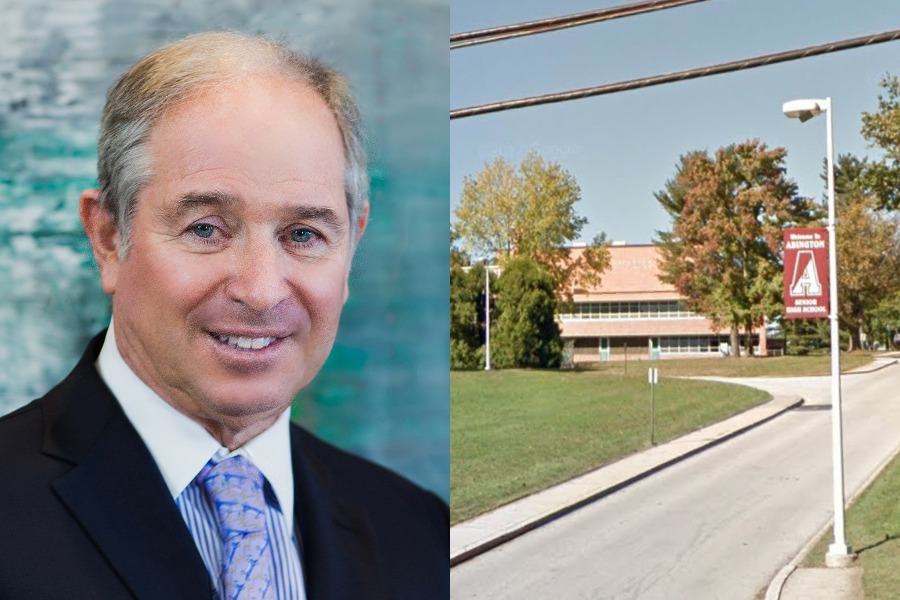 The Montgomery County public school was set to become Abington Schwarzman High School, after Wall Street executive Stephen Schwarzman (a 1965 Abington graduate) donated $25 million to his alma mater in February and the school board voted for it unanimously in March. But officials have changed course after community members expressed concern over the planned name change.

RMore than 1,300 community members signed a petition against the proposed move. Some called it “insane,”  “egotistical,” and “stupid,” on Facebook, per the Inquirer.

The newspaper reports that in a letter to the community on Saturday morning, Abington School District superintendent Amy Sichel wrote that she had spoken to Schwarzman’s “representatives regarding the concerns raised by a minority in the community around the change of our school name … [they] conveyed that nothing should detract from our important mission and agree that the school’s name should remain as is.”

“The purpose of this generous gift — the largest ever to a U.S. public high school in history — is to help Abington High School be the best it can be and to undertake a critical renovation that will dramatically improve the student experience as well as student preparedness,” Sichel wrote.

The district said Schwarzman’s donation will support the addition of a new science and technology center, as well as a “full-scale renovation of the 1950s-era high school building.” Abington Senior High is already home to the Stephen A. Schwarzman Stadium, which the donor supported in 2005.

Schwarzman, who per Forbes has a net worth of $12.4 billion, is the chairman and CEO of global private equity firm the Blackstone Group. Forbes ranked the executive at 117th on its 2018 World’s Billionaires List. The CEO is also a longtime friend of President Donald Trump.